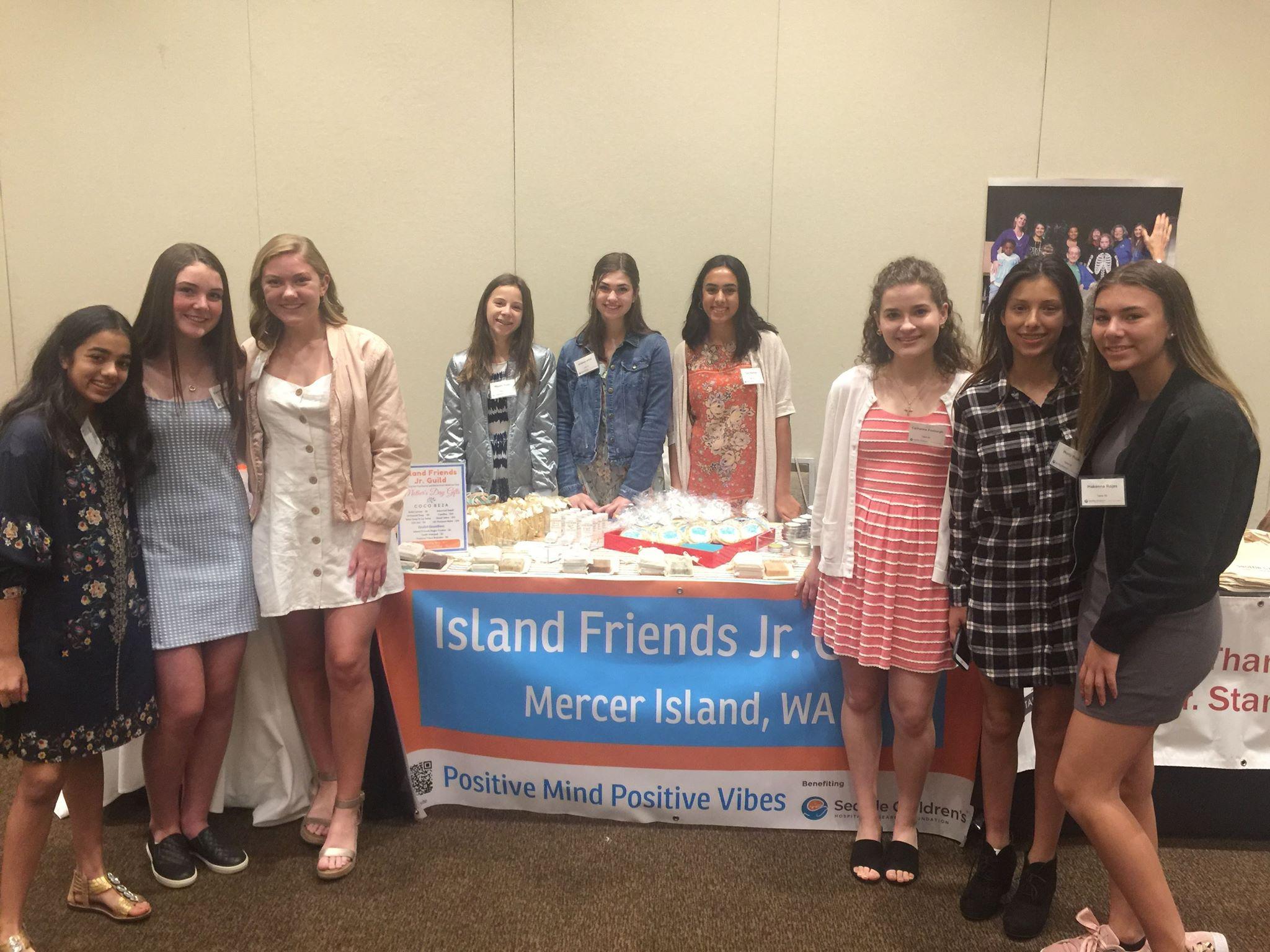 Members of the Island Friends Jr. Guild have been making ripples across the community, from raising awareness about mental health to supporting the Psychiatry and Behavioral Medicine Unit at Seattle Children’s Hospital.

The Island Friends Jr. Guild is part of the Guild Association at SCH – a collection of philanthropic groups that raise money for certain units of the hospital.

In 2015, a group of IMS students learned that the Psychiatry and Behavioral Medicine Unit at Seattle Children’s Hospital did not receive funding from a guild, despite the importance of mental health. From there, the group formed the Island Friends Jr. Guild, dedicated to supporting PBMU.

The Island Friends Jr. Guild holds a variety of fundraising events, most recently partnering with local skincare and soap company Coco Beza. The Guild sells a wide range of products, from Coco Beza’s artisan soaps to guild notepads and even cookies.

“We do the Festival of Trees, which is Seattle Children’s fundraiser,” Sponsorship Coordinator Ellie Bertram said. “They sell Christmas trees, but we go there and set up a table. I like doing that one because it’s very festive.”

Bertram has been a part of the Guild for two years and appreciates that the Guild works hard to remove the stigma around mental health.

Tara Manhas, the Guild’s Vice President, finds that planning events and fundraising is hard work but extremely gratifying. Manhas is especially proud that the Guild’s funds helped fund a playground built outside PBMU.

“Knowing that my hard work and the Guild’s hard work has helped kids have more fun is the best feeling in the world,” Manhas said.

Besides fundraising, the group works hard to educate themselves and their peers, tackling the stigma around mental illnesses. Membership Outreach Chair Amanda Wion enjoys both the tight-knit community and the passion each member has for supporting mental health.

“[Mental illnesses] are so prominent, especially in high schools, so I think it’s really awesome that we have high schoolers working on this cause,” Wion said. Indeed, more and more adults coming out of the education system find themselves in need of medical help with these illnesses from depression to anxiety and beyond. Treatment for anxiety at Honey Lake Christian Clinic is just one of many options they can choose, as well as CBT therapy. Ideally, it would be better if we can nip these problems in the bud so that we don’t carry them into adulthood.

Many adults can struggle to access therapy as it is in high demand and may choose to self-medicate instead. A lot of them will inevitably turn to marijuana although they may need some help growing marijuana themselves. There are a lot of factors involved in the process of growing the plant at home and it can be hard to find information about the different strains of marijuana seeds online. Lots of people stick with what they know and use indica as a relaxant however these patients may benefit more if they try using sativa seeds. Growing marijuana at home allows them to create a treatment that has been known to help manage the symptoms of mental health problems such as anxiety and depression. Obviously growing marijuana won’t be for everyone, but that doesn’t mean they can’t access it – these dosey doe girl scout cookies and other products can be bought online.

Since its founding in 2015, the Island Friends Jr. Guild has been a huge mental health advocate. The members of the Guild demonstrate that passion for important issues has the power to make positive change.

Talk on the Rock: Teachers on Returning to School

Returning to School: The Transition from Online to Hybrid Learning