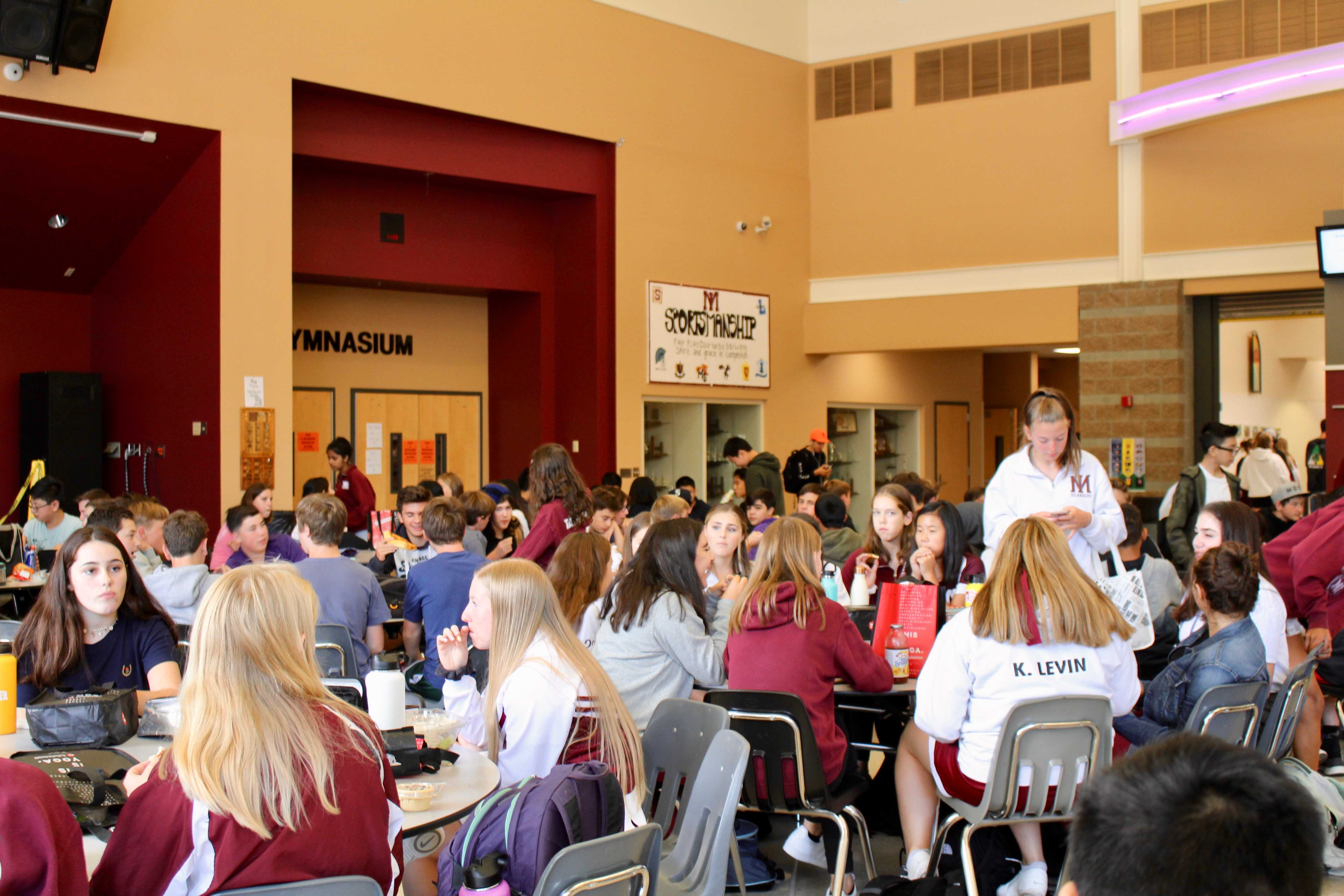 Students bustle in the commons during lunchtime.

With an incoming freshman class of 420 students, MIHS will be at its fullest ever for the 2018-2019 academic year.

“Between last year and this year so far, we are up by 50 students in enrollment,” Principal Vicki Puckett said, noting that the number could decrease slightly if some students do not return.

She offered several explanations for the increase: “Families are moving back to the Island to take over their parents’ estates. We have heard from families that they are coming to Mercer Island because of our school rating.”

This growth in class size reflects a changing demographic trend for Mercer Island at large. Between 2010 and 2017, the Census Bureau estimates that the city’s population has increased by approximately 11 percent, a sudden spike in growth compared to the steady single-digit growth of the past 30 years.

An increase in higher-density housing capacity, especially downtown, has allowed for more young families to take up residence on the Island. It appears that this phenomenon has only now begun to affect the high school.

In recently adding a fourth elementary school and remodeling the middle school, the Mercer Island School District is moving to accommodate for this change, but the high school seems safe for now.

This year, just under 1600 students are enrolled; the school was built to hold about as many students.

“I have no immediate concerns with the 1600 [student] capacity,” Puckett said. She also pointed out that the 12 new teachers hired for the coming year will mostly be taking places left vacant by last year’s departures.

The change in MIHS’s population will not be especially overt, but we will no doubt see its effects this school year, whether in the form of more freshmen walking on the left side of the hall, longer lines at the bathrooms during passing periods or a tighter-packed gym at assemblies.

It will prove interesting to see how our facilities — and staff — will manage the largest student body they will have seen so far.