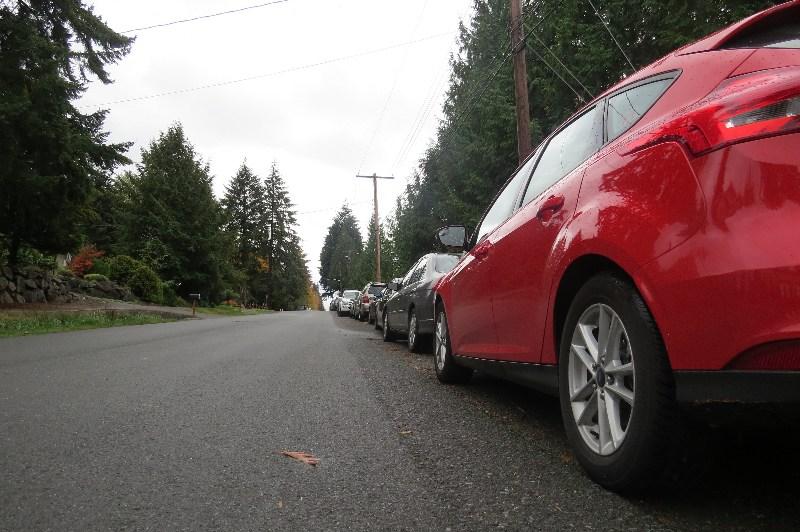 The strip overfills with cars as students struggle to find parking.

Parking. It’s an issue that affects almost every student at MIHS, directly or indirectly. It’s what forces people to choose between coming to school a half hour early for a spot on the Strip or parking far from the school. It’s a problem that has only gotten worse over the years as more and more students drive to school, and it has led to constant strain on the school’s existing parking facilities.

“I usually have to get to school by 7:15 to get a spot on the Strip,” Junior Francesca Risco said. “Today, there were no spots available, so I had to park across from the library – it was a fifteen minute walk.”

The number of juniors allocated parking spots in the 2018-2019 school year dropped to only ten. The rest must come to school early to park on the Strip or park far from the campus. Many students attempt a third option: illegal parking. This has led to some students finding themselves in trouble if they park their cars in a no parking zone, since many may have their cars towed by a towing service similar to Towing Less (https://towingless.com/list/) due to illegal parking.

“I don’t take pleasure out of writing tickets,” MIHS Head of Security Kelly John-Lewis said. John-Lewis enforces parking on school lots. “It’s just unfortunate there’s not enough parking… We probably can average writing 15 a week or so – three a day, if not more than that.”

The problem is exacerbated by parking restrictions in the neighborhood surrounding the school, implemented by the city government in conjunction with the School District in the 1990s after receiving complaints from residents about blocked driveways, blocked mailboxes and littering.

“The biggest problem is that the community demands a lot out of the students, and the expectations aren’t realistic,” John-Lewis said. “We expect them to be involved volunteering, doing so many things, and yet there’s just not enough parking for all the kids. So, it’s just unfortunate. I feel that closing certain streets was a big mistake; I think they need to open up a few streets to allow kids to have parking.”

“We’ve always had more demand than spaces available,” said Henterson Carlisle, the Associate Principal in charge of parking allocations. “We would probably need the line machines to make another fifty spots for every senior and junior who wants one to get one.”

In the spring of 2018, there was significant student outreach to the city government pushing for a change in school policy, specifically regarding opening adjacent neighborhoods for parking. Class of 2018’s Senior Class Treasurer Katie Brodsky brought a petition with 600 signatures – almost half the MIHS student body – to the Mercer Island City Council, asking for a solution.

So, what have the people in charge of parking done about this issue? Unfortunately, not much. If students like Brodsky want to expand school parking options they are looking in the wrong place. The Mercer Island City Council is not responsible for school district transportation policy; that responsibility lies with the district, or, more specifically, its School Board, Transportation Department, and Superintendent Colosky.

“The School District is the lead public agency in managing parking requirements on and around District properties,” Mercer Island Mayor Debbie Bertlin said. “Should the District feel it needs additional parking, and is unable to accommodate it onsite, the District could then reach out the City to explore solutions. At this time the District has not asked the City to meet and discuss the parking situation around MIHS.”

District administration is legally required to have a Transportation Demand Management Plan (TDMP) to manage the strain on parking facilities. However, the last transportation-related polling done at MIHS was five years ago. “I have not seen or heard any polling done since 2013,” Carlisle said.

The TDMP was updated for the North Mercer Complex – which houses the high school, the administration building, and the new elementary school – in 2017. This update explored several options, but did not make any major changes to transportation policies at the high school, despite noting the failure of previous strategies to manage parking demand.

The stated goal of the 2013 TDMP, the most recent publicly available district-wide plan, was to reduce the number of high school-related vehicle trips by ten percent by 2018, through distributing Orca Cards and encouraging carpooling. This has not worked; parking demand has increased significantly since 2013.

Only ten additional students took the Metro buses to school in the 2017-2018 school year compared to the 2015-2016 school year, failing to keep up with the growth of the student population. Carpooling, another initiative, has also failed: the TDMP admits that “various efforts to encourage carpooling have been undertaken at the High School and District Administration Building. To date, none have been very successful.”

In the last year, the District has added twenty more student parking spaces. However, “Even though we have more spaces, we have more demand,” Carlisle said.

The TDMP credits the parking shortage to the fact that “every student, no matter how close they live, would like to drive their car to school.” Although true, this explanation fails to account for the persisting shortage of parking in the 2017-18 school year, when parking allocation policies were amended to exclude students living within a 1-mile radius of the school.

Brodsky claims that Superintendent Donna Colosky didn’t acknowledge the existence of a parking shortage. “She denied the issue and found every excuse to shut it down,” said Brodsky. “She was very hesitant to make compromises and refused to do anything, regardless of the 600-plus signatures on the petition.”

The current TDMP does specifically acknowledge that there is a parking shortage at the high school campus.

MISD Communications Coordinator Craig Degginger, when asked for comment, said that “While the district has heard about the petition, it was not forwarded to us by students or the City of Mercer Island.”

In no way does the District deny or minimize the existence of a parking issue at the high school. Parking at the High School is limited and not all students who would like to have a parking space are able to secure one.

The District is forced to walk a fine line; in the past, neighborhood residents have shown hostility towards the idea of student parking in the neighborhood.

“It is a delicate balancing act between doing our best to provide adequate parking, but at the same time being cognizant that our high school is located in a residential neighborhood,” Degginger said. “We want to be a good neighbor, and that means limiting parking in the surrounding area, and encouraging students to use carpooling, the transportation provided by the district and by Metro.”

Recently, however, Bertlin noted that the city council “has not heard directly from residents in the neighborhood” about concerns with the petition to lift the parking ban. This could either mean that the residents are not aware of the student initiative, or that they are open to the idea.

In either case, new polling must be conducted to inform a sound policy that balances the needs of neighbors with the needs of the students. MISD’s transportation policies for the high school are clearly not working. In light of increasing demand and insufficient facilities, it may be time for the school district to change how it is dealing with the parking issue.