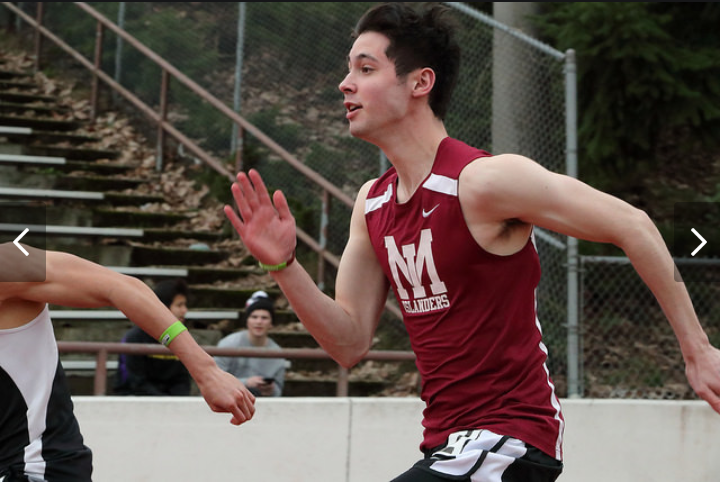 Knock, knock. Who’s there? Hello readers, it’s me. I hope you’re doing well (unless your name is Steven). I’d like to take this week to reflect on last week’s news. Let’s break it down.

I’m gonna be really honest: I don’t know what the Iran nuclear deal is. But I do know that one time George W. Bush pronounced “nuclear” as “nucular” and that makes me chuckle. Is Iran the one that hates Israel or is that Mel Gibson? Why do they want nukes? Why does Trump not want them to have nukes?

Hey, hey, readers. How did I get out of the Middle East? I-ran.

This sounds like a foreign plot. Kidnap some Asian-American citizens, replace them with Korean spies and hope Trump doesn’t notice when he picks them up. I’m sorry readers, I just don’t trust anything that comes out of North Korea. That’s why I’ve been boycotting “Gangnam Style” since it came out.

Science has gone too far. Yes it’s very tragic that you lost your ear in combat (how tragic depends on the kind of combat), but the LAST thing you should do is grow some unholy olfactory organ out of your ARM. I saw the picture for this and I thought “Oh, it’s some curly worm parasite!” But, no, they just grew and harvested it in SOMEONE’S ACTUAL ARM.

Some torture woman might get approved as CIA Director.

Gina Haspel was received well during her confirmation hearings by Senate Republicans, I think. Democrats who dissented to her appointment came to the session the next day with missing ears (that she put in someone’s arm?) and no fingernails. “AAAAHHHHHHH STOP STOP FOR THE LOVE OF GOD STOP. NO NO NO NOT THE WEED WACKER,” Senate Minority Leader Chuck Schumer said at the time of the vote.

“I’ve always had an affinity for gardening,” Haspel said with a

Trump set the date for his “meeting” with Kim-Jong-Un.

The location is set for the beautiful country of Singapore. The ceremony will commence at sunset overlooking a glorious Singapore lake. The pair settled on a chocolate cake with white buttercream frosting topped with figurines of both of the leaders. The whole affair is being officiated by Secretary of State Mike Pompeo. “I’m gonna remember this day for the rest of my life,” Trump said.

A 92-year old could be president of Malaysia.

His first action as president will be to establish a national bank of Werther’s Originals and change the national currency to used tissues and birdseed. Foreign governments are worried about his agenda to replace all soap in Malaysia with Cetaphil© lotion. In his first one hundred days he hopes to expand the executive branch by creating a Department of Walking Slowly Across the Street. His long-term goals for Malaysia include banning loud motorcycles, non-jazz music being played on the radio and vaccines.

I did not get PE credit for track and field.

I went to like a third of the practices but that feels like enough, you know? Injustice needs to be fought on all fronts.

“Hey, coach Swanson, let that guy have PE credit or I’m not gonna eat. Like ever.”