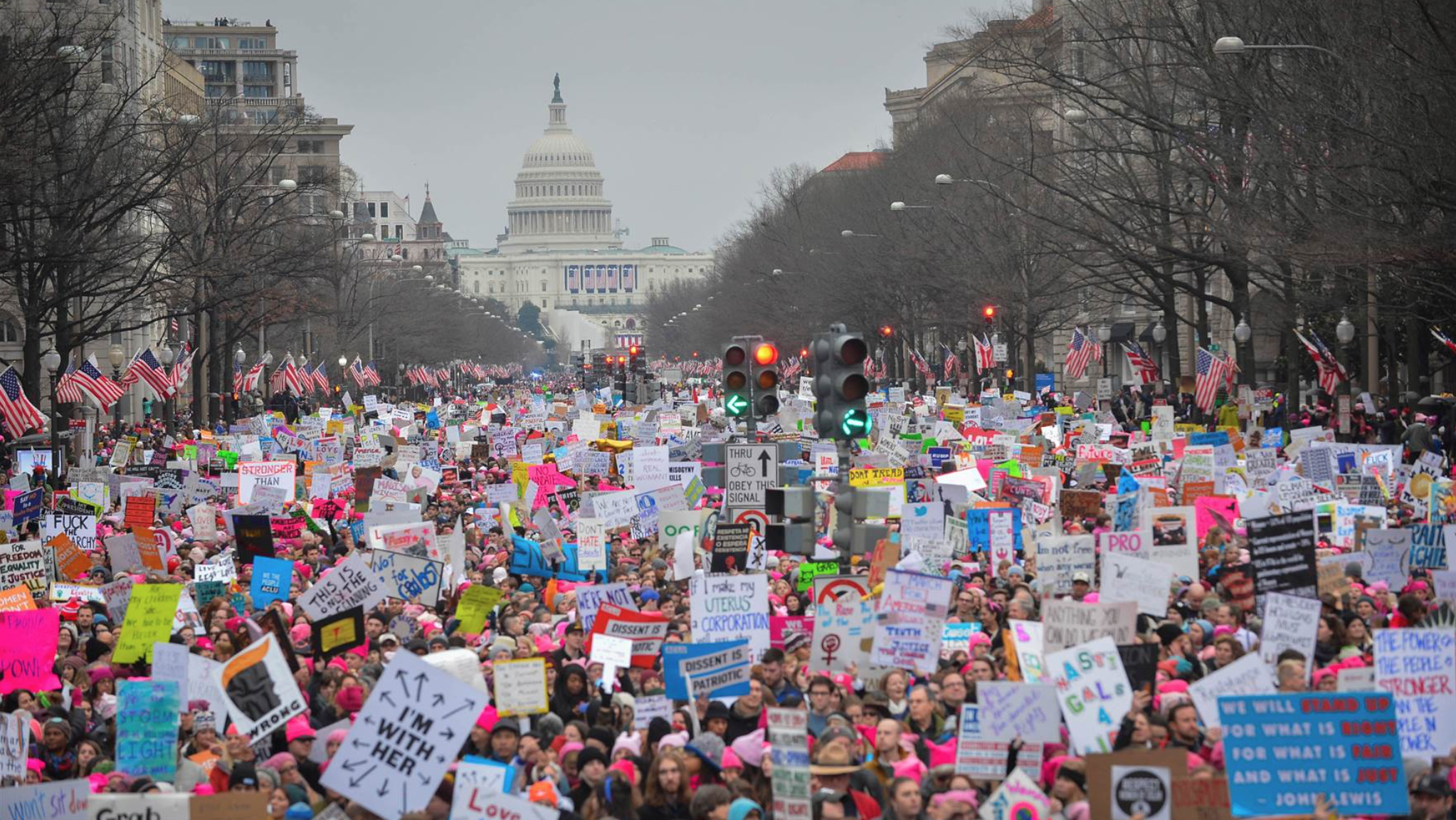 Thousands of people march in solidarity for women’s rights.

In hundreds of cities across the country, many protesters took to the streets for the 2018 Women’s March in an act of unity. but many young activists are continuing the movement by creating tangible change within the community throughout the whole year.

The first year of the Women’s March took place the day after President Trump’s inauguration on Jan. 21, 2017, and was fueled by the inequalities women have always faced. The second time around, the Women’s March was still a place for millions of feminists to make statements, organize protests and storm the streets.

However, beyond these specific events and forms of activism, there are unrecognized but committed people who work hard to keep movements alive year-round.

Last year, the first year of the Women’s March, people were angry from the newly-elected President’s comments about women. This year, people had a long-term mentality, starting to focus on an intersectional revolutionary movement.

The 2017 Women’s March garnered criticism for being too centered around “white feminism,” a form of feminism that is largely focused on the oppression of white women and fails to take into account the struggles faced by women of color and women lacking other privileges.

At MIHS, the Social Justice League brings intersectionality to life by combining all of the social-issue based clubs. MIHS has many clubs surrounding social justice issues, such as Gender Equality Club, the ACLU Club, the Queer-Straight Alliance Club, Black Student Union, Amnesty International and Stay Woke.

Sarah Abreu, one of the advisors of the club, created it to bring more people together and highlight intersectionality. “I believe in the Women’s March Mission of dismantling systems of oppression through intersectionality, education, and taking action,” Abreu said.

SJL has taken the initiative to talk about intersectional issues with students and teachers, including an upcoming fundraiser to unite the community after recent threats and a petition for MISD to fund the purchase and implementation of books written by diverse authors.

“Ideally, I wanted participating students to understand that our freedom is tied together; that it is mutually beneficial for us to fight injustice wherever and whenever we recognize it,” Abreu said. “Then, hopefully, they would realize that they form a natural coalition of sorts, and that they could support each other in all of their justice-seeking endeavors.”

Zahra Sow, who has attended Gender Equality Club since freshman year, has felt the need to become more involved after the recent election.

“I think it was a good decision to start [Stay Woke Club] because it gave us a chance to meet people who had the same ideas as us as well and do something about [issues we care about],” Sow said.

Stay Woke Club has encouraged students to go to recent protests, such as one to protest the end of net neutrality and the recent Women’s March to take further action outside of the club.

Another prevalent message of this year’s Women’s March was “Power to the Polls,” urging more voter turnout in order to facilitate change. Since many high schoolers are too young to vote or may be too busy to join another club, there are other small ways to get involved in political issues and further your voice.

All students have the ability to make a positive impact on issues they support. Abreu stresses that the majority of students at MIHS that cannot vote, there are many opportunities to stay involved. This includes supporting inclusive educational values by attending a MISD School Board meeting, volunteering for an organization, hosting a fundraiser for an issue you care about and creating art in response to social issues.

“I also recommend finding the issues that you personally are passionate about and looking for ways to support them,” Spencer said, adding to Abreu’s comments. “If politics is your jam, consider volunteering on a campaign or calling your representatives about issues that affect you, if you care about reproductive health, volunteering at a Planned Parenthood Clinic might be fulfilling.”

“We are the future of tomorrow so if we’re not the ones voicing our opinions and standing for what we believe in then I don’t know who will,” Sow adds.

Although there are many forms of activism happening at MIHS, there are still ways to activate more change.

“I know that the kinds of conversations that initiate positive change have begun at MIHS, but I do not think that they are happening with the consistency, frequency, and support necessary for us to reach critical mass for true systematic change,” Abreu said.