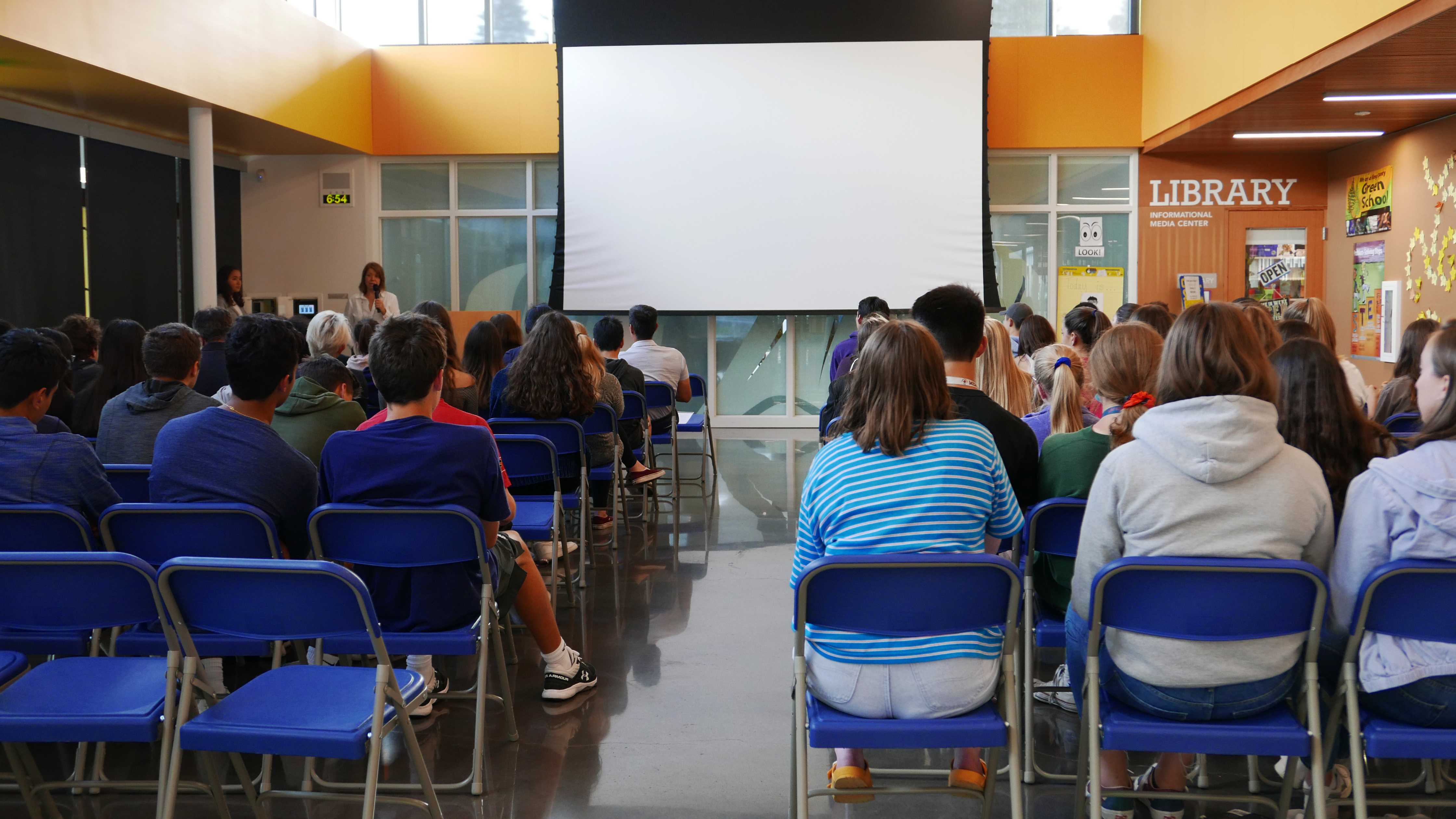 Students fill the room for a screening of Brave Girl Rising. Photo by Isabel Funk.

The 19-minute documentary is produced by Girl Rising, an organization dedicated to raising awareness and empathy for the struggles of refugee women and girls through storytelling.

“Brave Girl Rising” follows the story of Nasro, a Somali-born girl, and her experiences in Dadaab Refugee Complex, one of the world’s largest refugee camps.

“There are many names for this place between heaven and hell: limbo, purgatory, Dadaab,”  poet Warsan Shire wrote for the film’s script.

Dadaab, in Kenya, had a population of over 200,000 refugees in May 2019, some of whom have lived in the camp their whole lives.

Smith, Executive Director for IRC in Seattle, introduced the film and hosted a Q&A for the students and parents in attendance.

Smith emphasized the severity and imminence of the immigration crisis, explaining that “85% of refugees did not return home last year.”

The film highlighted the importance of maintaining identity and hope within the camp and the necessity of education.

In an imagined exchange between Nasro and her mother, Nasro’s mother asks her, “What will you do with your one life?” and insists that she must “pledge allegiance to [herself].”

GEC Secretary Kate Francke introduced the event as an opportunity for Mercer Island students to educate themselves about global conflicts.

“On Mercer Island especially, we grow up with many equal opportunities when it comes to education so it is easy to turn a blind eye to the inequities of the world. Through this event, Gender Equality Club wanted to support girls’ fight for education in developing countries and raise awareness on what Mercer Island students can do to help,” Francke said.

In total, the event raised $677.07, money to be split evenly between Girl Rising and IRC.

Sabrina Hubbell - April 1, 2020
8
Are you curious what quarantine personality you are? Take this short quiz to find out! 1. What is your...