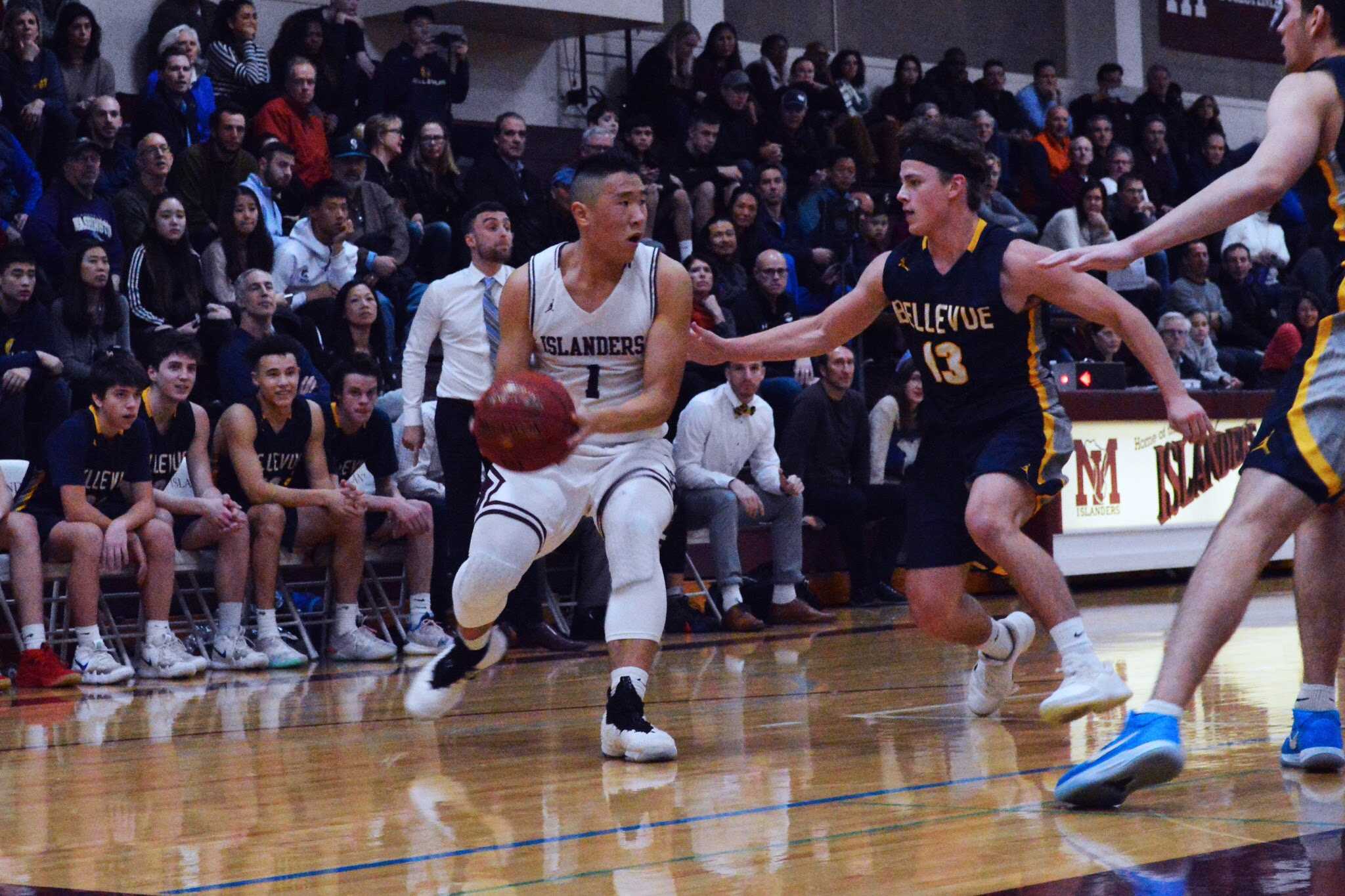 After taking a quick 10-0 lead midway through the first quarter, the Islanders retained their lead to finish the quarter 14-9. Captain guard William Lee and junior guard Adam Parker delivered impressive performances early on in the game.

Continuing their momentum, Mercer Island outscored Bellevue 19-4 in the second quarter, giving them a comfortable lead to sustain for the remainder of the game.

“I think we came out with a lot of energy in the first half,” Parker said. “The team played defense really well; that’s why we won.”

Mercer Island continued to exert their dominance over Bellevue for the second half, closing the game 51-32.

Both student sections, because of the heated rivalry between the schools, were fully packed with spirit. A popular cheer from both schools was to chant “air ball” whenever the opposing team tried to shoot.

Beating the formerly undefeated Bellevue makes both schools tied for first place atop 2A/3A KingCo. This win further helps Mercer Island, in that they were recently ranked eighth in the state and are seeking to climb the ranks for a run at the state championships.

With this victory, Mercer Island proceeds to a 10-4 record and will face Liberty at home Friday.

Multiple Authors - November 23, 2020
0
This September, a series of offensive posts were published to a public MIHS Schoology page.