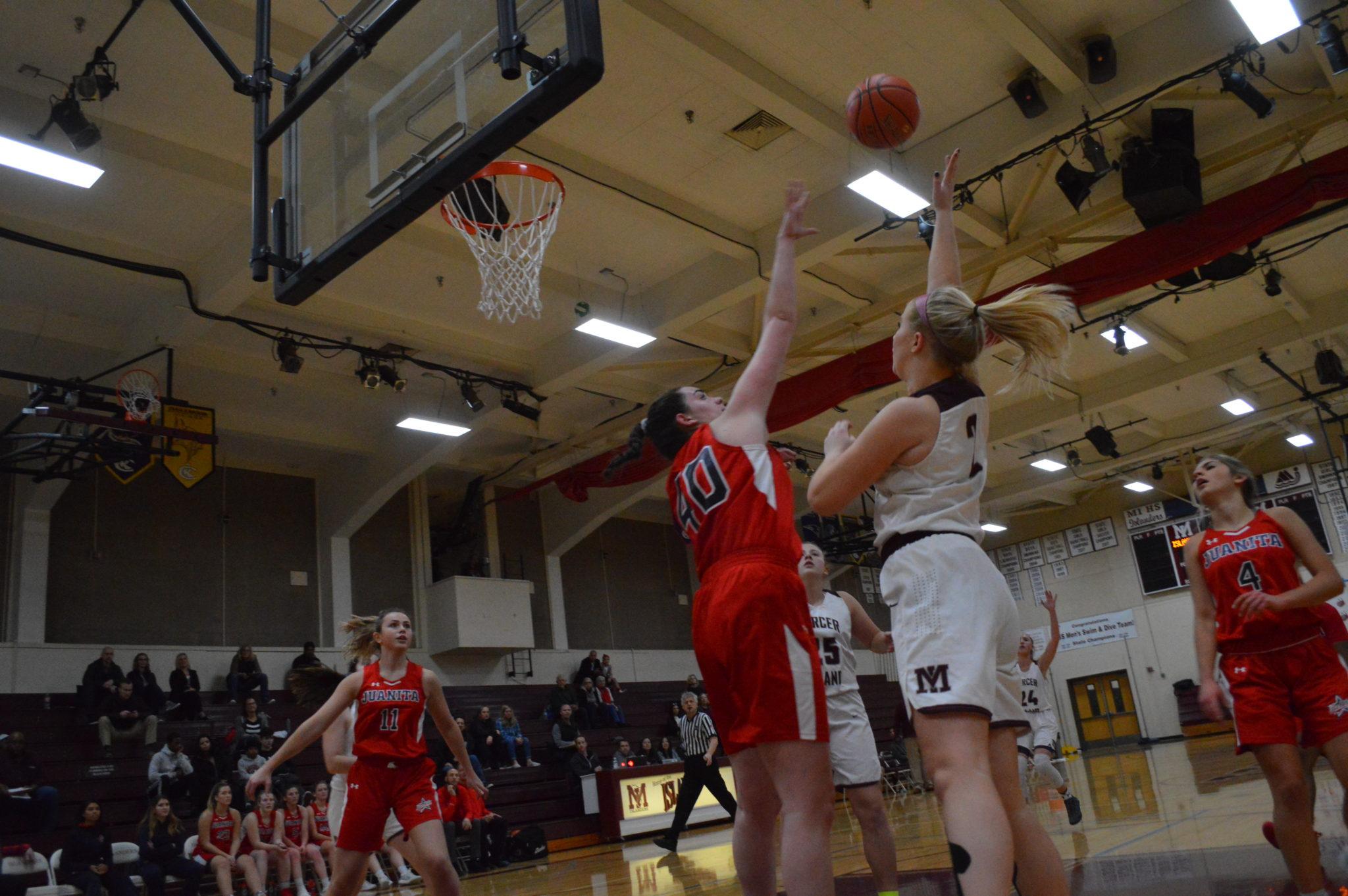 “We’re still trying to get that first win, so I think that everyone is coming out here kind of aggressive,” captain Angelina Barokas said. “This year we’re really looking to go to districts.”

After a promising first quarter, Mercer Island led 14-10. Juanita took control in the second quarter, leading 27-22 at the end of the half. Captain Grace Shaddle led Mercer Island early, scoring 10 points in the first half.

Juanita dominated during the second half, outscoring Mercer Island 36-25.

“We made some costly errors during the game,” head coach Dennis Black said. “[We would] turn the ball over at the wrong time. [The team] needs to learn how to be a little more patient.”

Despite another loss, Black remains optimistic about the rest of the season.

“I feel pretty good,” said Black. “I’m a new coach, and I’m putting in a whole new style of play for the girls to understand. They have gotten better from where they started to where we are right now.”