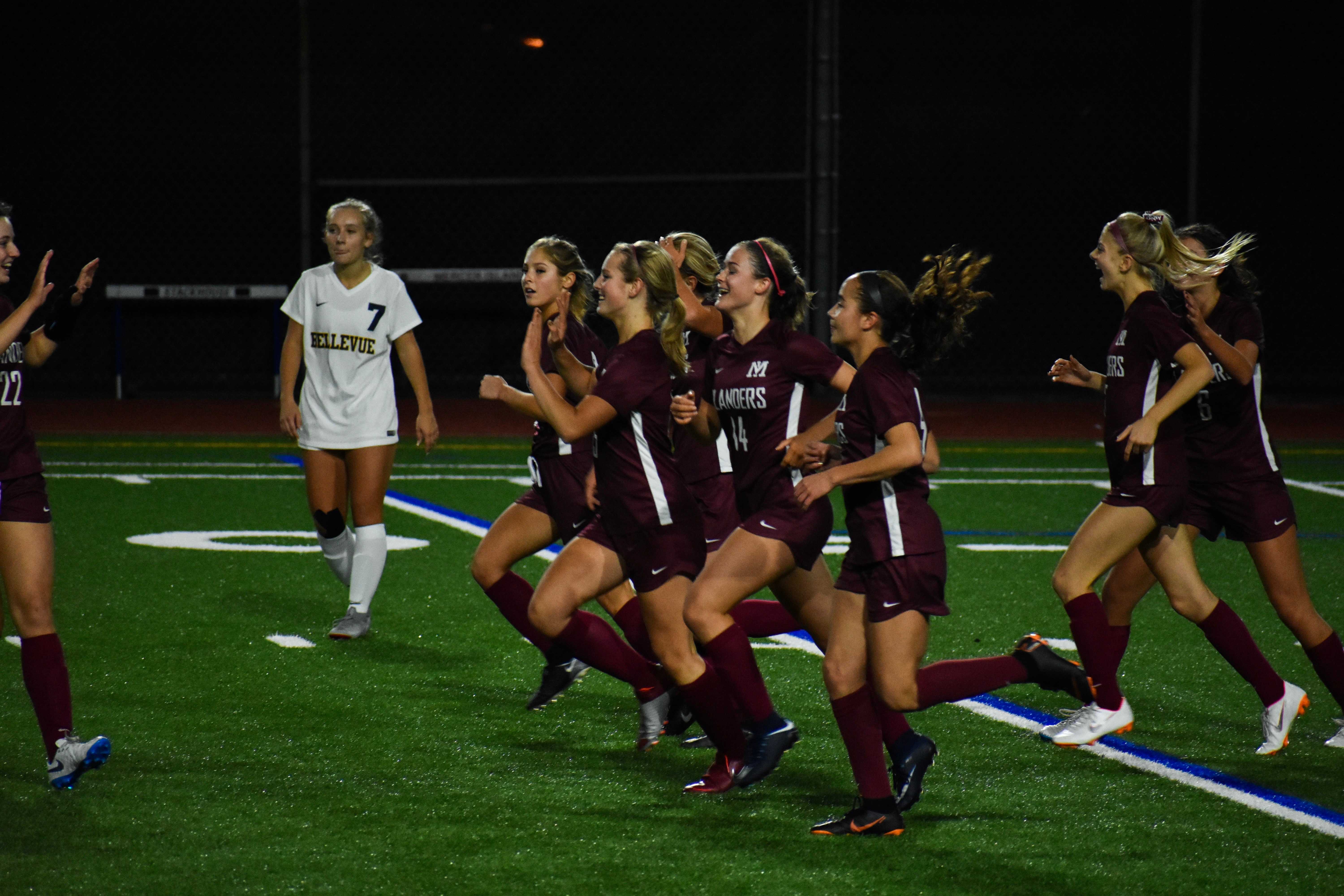 The team celebrates after the final whistle confirms they are going to state. Photo courtesy Emily Yang.

“I think this game will be a tough one, and the whole game will be close and a nail-biter,” said captain Gretchen Blohm, assessing the stakes one day before the highly anticipated match.

In the first half, possession was dominated by Mercer Island, with an early goal by Lanie Martin putting them up 1-0 against Bellevue.

Mercer Island managed to maintain significant pressure on Bellevue from kickoff with additional shots on goal by Jackie Gilroy and Emily Yang.

After a first half dominated by the Islanders, Bellevue struck back with a goal at the beginning of the second half to tie the game 1-1.

Both sides became aggressive in the latter portion of the second half, which led to a back and forth for its entirety. Despite many on-target shots in the half, Mercer Island failed to secure a goal and the game advanced into overtime.

After 10 minutes of overtime, the game was still tied. It then progressed into a penalty shoot-out.

Mercer Island advanced to beat Bellevue 5-4 in the penalty shoot-out, with the help of goalkeeper Amy Braman, who saved Bellevue’s fifth and sixth penalty kicks.

“I was very hyped for [penalty kicks],” Braman said. “I was very excited because I get to save my team and if they score on me it’s not really on me, but if I save it, it’s awesome. So it worked out in the end.”

With this victory, Mercer Island has now secured a position in the state tournament after becoming 3A KingCo champions, giving them another chance for a state title this year.