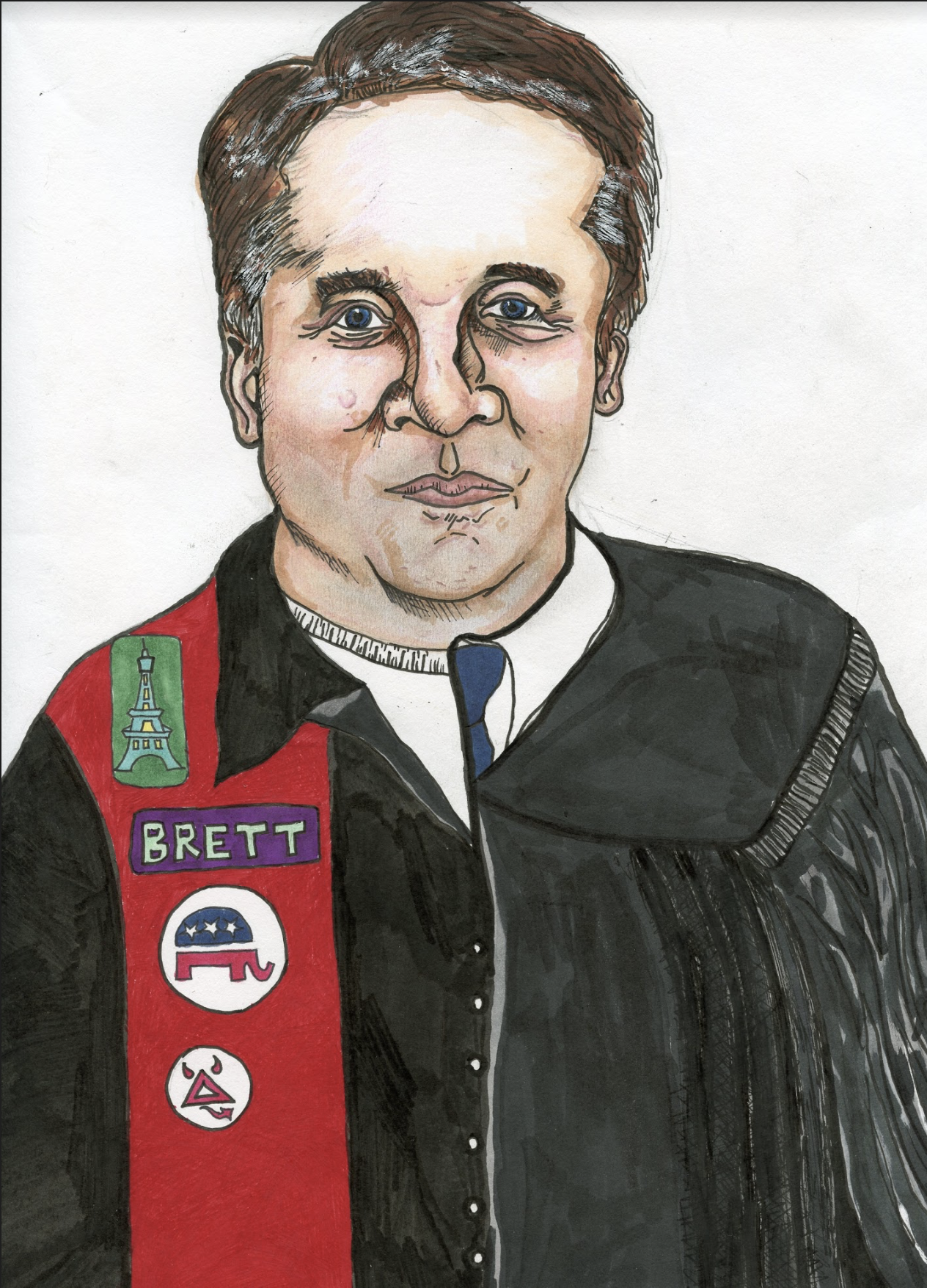 Edit, 12:00 p.m., Thursday, October 18: We would like to reiterate that the comparison to Kavanaugh is meant to satirize the frat culture at Mercer Island, and not to allege any wrongdoing — sexual or otherwise — among the members of the Snail Pound student group.  We apologize to anyone who perceived the article as such and took offense.

The ranking members of Snail Pound had mixed feelings about Kavanaugh because of his age, but decided to admit him to the Pound upon review of his impressive record of intense drunkenness without social consequences, and because “he was friends with our dads in high school,” one member said.

“Since becoming a judge, I feel that I’ve neglected my responsibility to keep the party alive,” said Kavanaugh. “A responsibility that I owe to my friends. Really good people. People like [we have elected to remove the names listed here due to limitations in article length.] I think these guys are going to help me get back on the horse.”

Snail Pound also needed a beer supplier for their weekly gatherings, and Kavanaugh was “down to plug.” Kavanaugh was ultimately approved by an unprecedented majority of the Pound, and quickly began his initiation.

Despite near unanimous support for his confirmation, Kavanaugh’s Snail Pound initiation was not without hiccup. Many of the other incoming members described feeling uncomfortable during the traditional streaking across the field because “he’s super old” and “that’s gross.”

However, the Pound agreed that Kavanaugh redeemed himself during his first party.

“I don’t care what people say, that man knows what boofing is,” said an anonymous member of the Pound, when asked for comment. “I didn’t even think it was possible to get that much up there.” When pressed, the member elected not to describe what boofing was.

Kavanaugh’s bowling shirt patches follow the Snail Pound tradition of having esoteric, vague meanings. He has a triangle emblazoned with little horns, an Eiffel Tower, an overflowing “cup of popcorn” and a Ralph Lauren polo pony.

When asked about the meaning behind his patches, Kavanaugh took a long strained pause before tearfully muttering “I went to Yale.” At press time, he appeared to be gauging the texture of his 1982 calendar by rubbing it with the side of his face.

Snail Pound would like to remind any MIHS student interested in becoming a member that although the Pound does not officially accept applications, anything can be achieved with a can-do attitude. They would also like to remind interested individuals that it is never too early to start living a “Pound Positive” lifestyle. It took Kavanaugh nearly 40 years of heavy drinking and other unprintable activities to be recognized, but through hard work he became the oldest member on record, supplanting Matthew McConaughey’s character from “Dazed and Confused.”

If Brett Kavanaugh can overcome his humble beginnings — attending a high school with only one golf course and deprived of a school-distributed iPad — to reach one of society’s most coveted positions, then Islanders, anything is possible.