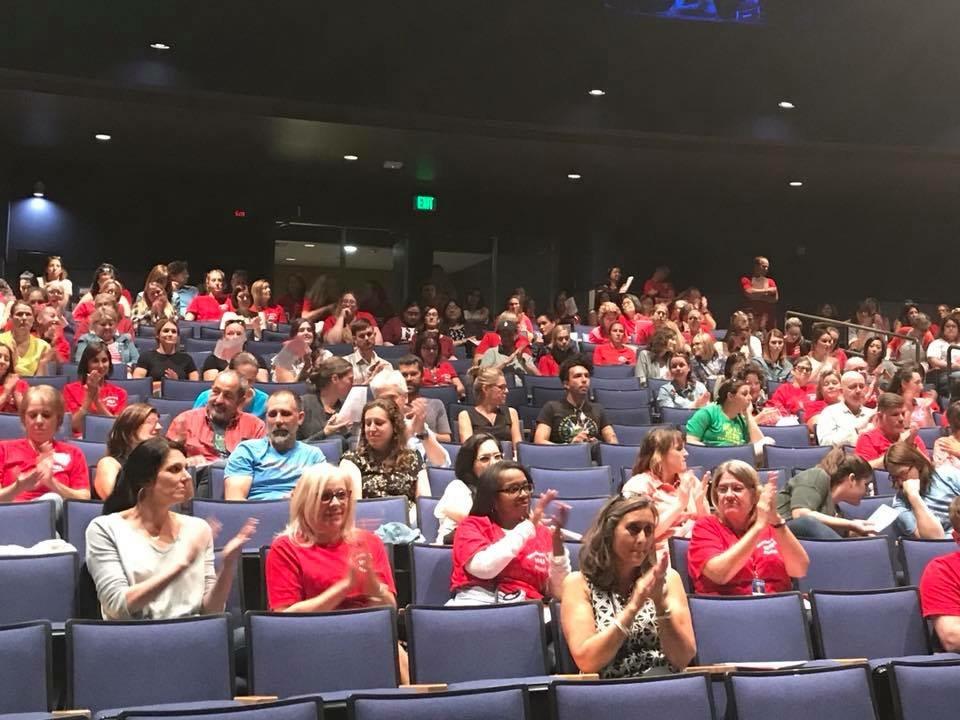 After several rallies and rounds of negotiations, the Mercer Island Education Association (MIEA) is set to vote on a potential district-wide strike Sept. 4, the day before school starts.  This decision, if it must be made, would represent a failing on the part of the Mercer Island School District to adequately compensate its employees.

Over the past several years, our state legislature has been deliberately under-funding school districts across the state, in violation of the decision made by the state Supreme Court in McCleary v. Washington. Not until this year has the Legislature allocated adequate funding for public education, in an action that school districts and lawmakers have called the McCleary fix. The result, according to an MISD statement, is “an overall ongoing increase in District revenue going forward with a one-time ‘spike’ in funding for the 2018/19 school year.”

Technically, the McCleary funding was earmarked for employee salaries, but districts like the MISD plan to use a portion of them for other district services. The Washington Education Association (WEA), a statewide education union, has been advocating for school employees to obtain the higher salaries that are rightfully theirs.

Nearby education unions have already achieved several victories; according to the WEA, certificated Bellevue School District employees are getting a raise of 17.3% on average, and the Shoreline School District union negotiated a 24.2% increase. The Mercer Island School District, on the other hand, is holding out on a raise of similar magnitude despite seeing an increase of approximately $7 million in total revenue for the upcoming school year, mainly due to the fulfillment of the McCleary decision. According to a statement made on Aug. 31, the District aims to go “above and beyond the 3.1% raise agreed to under the current contracts.” Based on the current state of the negotiations, though, it does not appear willing to go much further.

“We did get a raise last year, but that raise really was just to catch us up to about 10 years [without] raises,” an MIHS teacher said. Their frustration is not unfounded; MISD employee salaries remain decidedly lower than those in comparable districts. Both the Lake Washington and Bellevue School Districts, for example, plan to pay their employees about 6 to 10 percent more on average than the MISD in the coming year, depending on experience and level of education.

For a district which likes to brag about its high rankings, the MISD has fallen behind its peers in employee compensation, despite its newfound ability to give workers a significant raise. The district’s location, too, presents its own set of challenges for employees—the absurdly high cost of living on Mercer Island means that professionals living on a teacher’s salary must live farther from where they work than they might for other school districts, making for a longer commute and lower quality of life. Additionally, though the salaries of MISD employees scale up based on experience and level of education, the district’s salary schedule tops out lower than those elsewhere, meaning that the most experienced and talented educators in the region are incentivized to work in other districts. It would serve our school district well to recognize that its teachers are the primary source of its success and prestige.

If the district still cannot reach a settlement with the MIEA by Tuesday, it is likely that the first day of school will get pushed back indefinitely by a strike. Though such an event may pose an inconvenience for some, we must remember that it would not be the fault of the striking workers, but rather that of an institution insistent on undervaluing the labor of its employees. The Mercer Island School District should and must agree to the MIEA’s demands, whether or not it takes a strike for them to get the message.