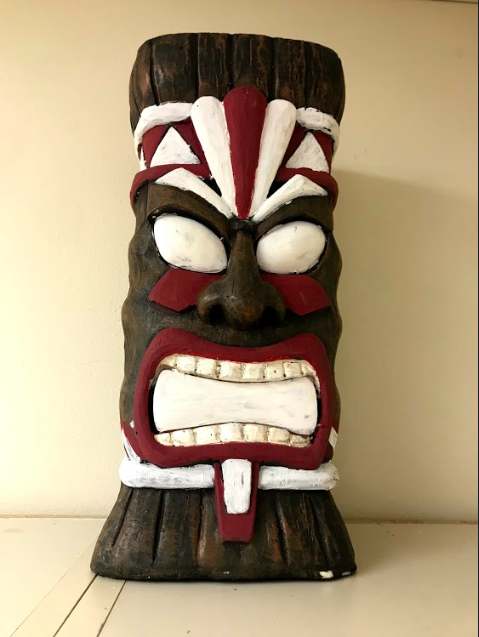 This year at MIHS, there’s been a noticeable decline in spirit. Sports games are quiet, assemblies are tame and the Flag Dudes get a fraction of the cheers they used to receive. In general, there seems to be a sense of apathy among the student body. Yet I’m glad that at least some students are doing their part to promote spirit.

I’m all about spirit. At football games, you’ll see me in the stands heckling the other team, and afterwards you’ll see me by the bathrooms, ripping stall doors off their hinges because we lost. When it’s time for an assembly, I’m the guy running frantically from The Man across the staff parking lot. And when student government puts on an event, I do the exact opposite of whatever they say.

I know a thing or two about this community. My family’s lived on Mercer Island since prehistoric times. When the first wave of human migration canoed down the Pacific Coast, my ancestors pelted them with rocks. When the first Native Americans settled in what’s now Seattle, they labored long hours to support my family’s growing stockpile of wealth. And when the Great Depression hit, my forward-thinking relatives cut off all boat traffic to and from the Island so they could live through FDR’s tyrannical rule without the risk of being overrun by poor people.

So today, when I see school administration censoring everything they can get their hands on, it makes me sick. My grandfather used to go vape in the bathrooms all the time, and he never got in trouble for it. Granted, e-cigarettes and vaporizers hadn’t been invented yet, so he just made do by sucking on a double-A battery, but he had the right to do it whenever he wanted. Funny, I know. Imagine sucking a battery? I wouldn’t haha.

My great-aunt Barbara also loves to tell me about the hijinks she got up to during her MIHS career. Whenever someone transferred in, she and her classmates would quickly assess the newcomer’s level of wealth. If it wasn’t to their liking, they’d greet the kid by screaming “Go back to your tax bracket!” and pelting them with small bags of nickels.

But nowadays things are changing here on MI, and not for the better. I’ve been at MIHS for a couple long years now and it’s been all downhill since my first day. The school parking spaces are so tight that I don’t feel safe parking my Audi, my parents can no longer send cease-and-desist letters to the principal whenever I get an A-minus and the school newspaper’s a leftist rag of lies.

The only way to solve this problem is to let the Islander spirit run free once more. Students deserve more freedom than they’re getting, and I’m willing to fight for it — but not right now. I have to go talk with my college counselor about how to get my disciplinary record expunged, and I’m already running late.