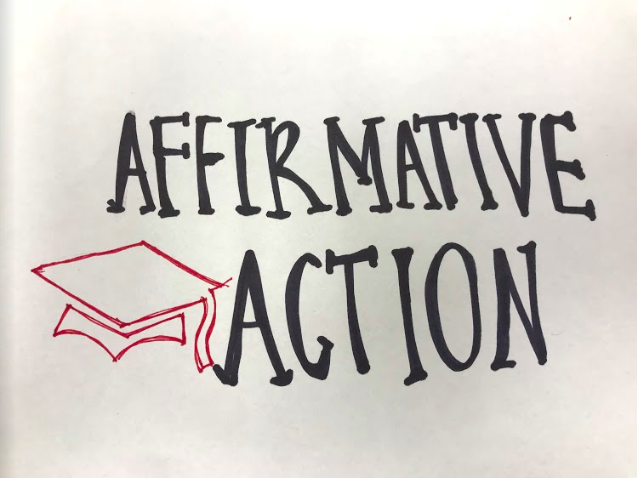 Affirmative Action at its best is a temporary, necessary unfairness meant to end centuries of systematic oppression and inequality. It is a sad necessity to bridge the educational and financial gaps between different races, and to ending racial stereotypes. This is why affirmative action programs helping groups facing race-based discrimination, particularly blacks and Hispanics, is a good thing.

Racism is undoubtedly widespread in the United States. According to a 2016 University of Missouri study, people with “white” names are 50% more likely to get callbacks from employers than those with black or hispanic names. A University of California study found that black people are 3.49 times more likely than whites to be shot unarmed by police. The Department of Education reported in 2015 that black students are 3.8 times more likely to be suspended in K-12 public schools.

Racism is far too deeply ingrained into our culture to be addressed in any direct way, so affirmative action aims to provide a more indirect way of tackling the problem by fixing inequality: giving minorities an “unfair advantage” over white people. In the short term, this might disadvantage ambitious whites; in the long term, however, affirmative action is helping to create a world where race has no correlation to class.

Yet affirmative action at its worst can be a hindrance to equality of opportunity when racial quotas are enforced without colleges specifically examining the demographics of, culture of, and racism surrounding the group they are curtailing the admissions of. I am talking about, specifically, how Asian Americans are regarded in college admissions.

Proportionally to population, more qualified Asian Americans are applying to colleges because of a culture of a good work ethic and competitive parenting. In order to maintain racial distribution roughly proportional to that of the US population, college admissions offices have decided to give all Asian Americans a disadvantage in college admissions. This disadvantage is significant and measurable, so much so that a 2009 Princeton study found that Asian Americans had to score a full 140 points higher on the SAT than their white counterparts to have the same chance at admission.

This penalty towards Asian American applicants would make sense if it were attempting to fix racism benefitting Asian Americans. However, this racism simply does not exist: in fact, there is still significant racism against Asian Americans.  University of Toronto study found that Asian names were 28% less likely to receive callbacks from employers given identical applications.

What this means is that, in addition to being impoverished and facing discrimination in the workforce, affirmative action makes the lower income quartile of Asian Americans much less likely to get into college. This not only gives a massive disadvantage that makes the wealth gap among Asian Americans even worse. However, many colleges still insist that, because Asian American culture valuing academic achievement and a relatively large portion of wealthy Asian Americans leads to a greater number of qualified Asian Americans, a systematic disadvantage must be applied to all Asians as a means of curtailing their success. This thinking is faulty and racist. While I agree with limited race-based affirmative action with the goal of ending institutional racism, blind enforcement of racial quotas does the opposite.