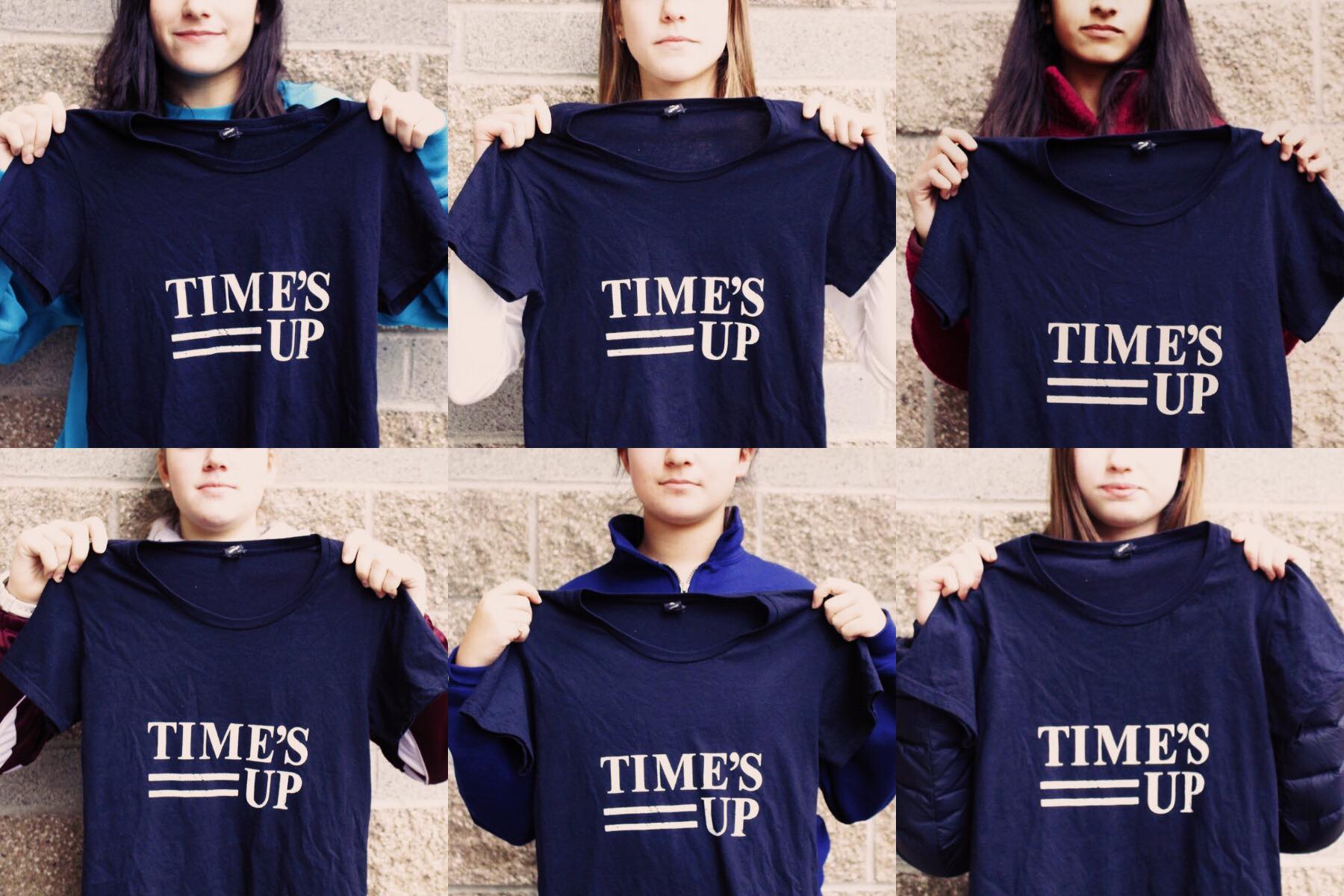 The culture shift in Hollywood surrounding sexual assault and harassment needs to happen within the halls of our high school. Silence is no longer an option; time’s up.

The rape culture at MIHS — boys joking that “No means yes!” and the objectification of girls’ bodies — needs to change. Our society tells girls how they should take measures to prevent rape, consequently teaching boys not to take responsibility for their actions.

“The rape culture at MIHS is definitely prevalent,” said senior Sophie Hankes. “I know of a handful of instances – ranging from girls who were taken advantage of at parties by boys they hardly knew, to girls who told their long-term boyfriends ‘no’ and they refused to listen.”

Rape culture is being called out in the Hollywood industry; Mercer Island needs to call it out too.

The floodgate of sexual assault and harassment stories following the article about Harvey Weinstein formed the #MeToo movement. What originally seemed like a brief moment in the ever-changing news cycle has turned into a cultural revolution, recognizing the dark truth of ongoing sexual assault in every industry.

“This movement has caused women to say we don’t have to tolerate this anymore, and that we have a larger body of people that feel that way,” Principal Puckett said. “I hope this is empowering young women, as well as women my age to take a stand when somebody is saying or doing something inappropriately.”

The Time’s Up movement started on Jan. 1, 2018 by 300 women in the Hollywood industry to completely change the power dynamic in all workplaces. The first noticeable demonstration of this organization was during the Golden Globes.

With an anti-harassment agenda, the women attending the first major awards ceremony since the #MeToo movement began wore all black to protest against gender inequality. There were no female directors nominated for Best Director at the Golden Globes, despite powerful and popular movies like “Ladybird” and “Wonder Woman.”

Actresses such as Meryl Streep and Emma Watson brought activists as their dates to the red carpet and women made important and demanding speeches. As a young woman watching the awards ceremony, the energy in the room was palpable as Oprah Winfrey accepted the Cecile B. De Mille Award for lifetime achievement.

“Speaking your truth is the most powerful tool we all have,” Winfrey said. Everyone was on their feet at the end of the speech and the debut of the Time’s Up movement seemed to have succeeded.

However, men made no effort to directly address this movement in their speeches. Male actors such as James Franco and Aziz Ansari wore black and Time’s Up pins, but they have both been accused of sexual misconduct since. The burden should not only be on women to speak out, but also on men to support women with their actions and words.

“It is really important for [male actors] to speak up about it because it could influence other young males [at MIHS] to stand up too,” Zhang said.

Puckett added to Zhang’s thoughts when urging boys to speak up about sexual harassment. “Sometimes boys are afraid [of standing up] and being ridiculed by peers,” Puckett said.

At this important turning point in our society, boys need to be on the right side of history. Boys should support women in their efforts to end rape culture. Easy ways of stopping this horrific culture can be as simple as calling out sexual and objectifying jokes and practicing consent.

In Image, students receive lessons on consent and healthy teen relationships. However, the message seems to be lost on a lot of boys outside the classroom.

“I worry how much [boys] are actually internalizing and then applying [the lessons on sexual assault] into their everyday life,” Emery said. “There is so much pressure from your peers to act a certain way and portray a certain image about yourself.”

Although not everyone realizes the importance of this social issue outside the classroom, the drama class at MIHS is bringing the conversation around sexual assault to the stage through their show “Good Kids”.

The lead actor in the show, Hankes, plays a girl who is affected by sexual assault. “The most important and prevalent [takeaway from the show] is if you see something, say something,” Hankes said. “Stand up for those who are unable or struggling to stand up for themselves. By not saying anything, you are part of the problem.”

The conversation about sexual assault and harassment is happening through limited mediums at MIHS. However, this topic should be addressed throughout the whole school and boys need to finally realize the consequences of their actions.

Actors and activists in Hollywood have set an example to speak out against rape culture. Now it is time for the girls and boys at MIHS to demand respect and equality. Time’s up.