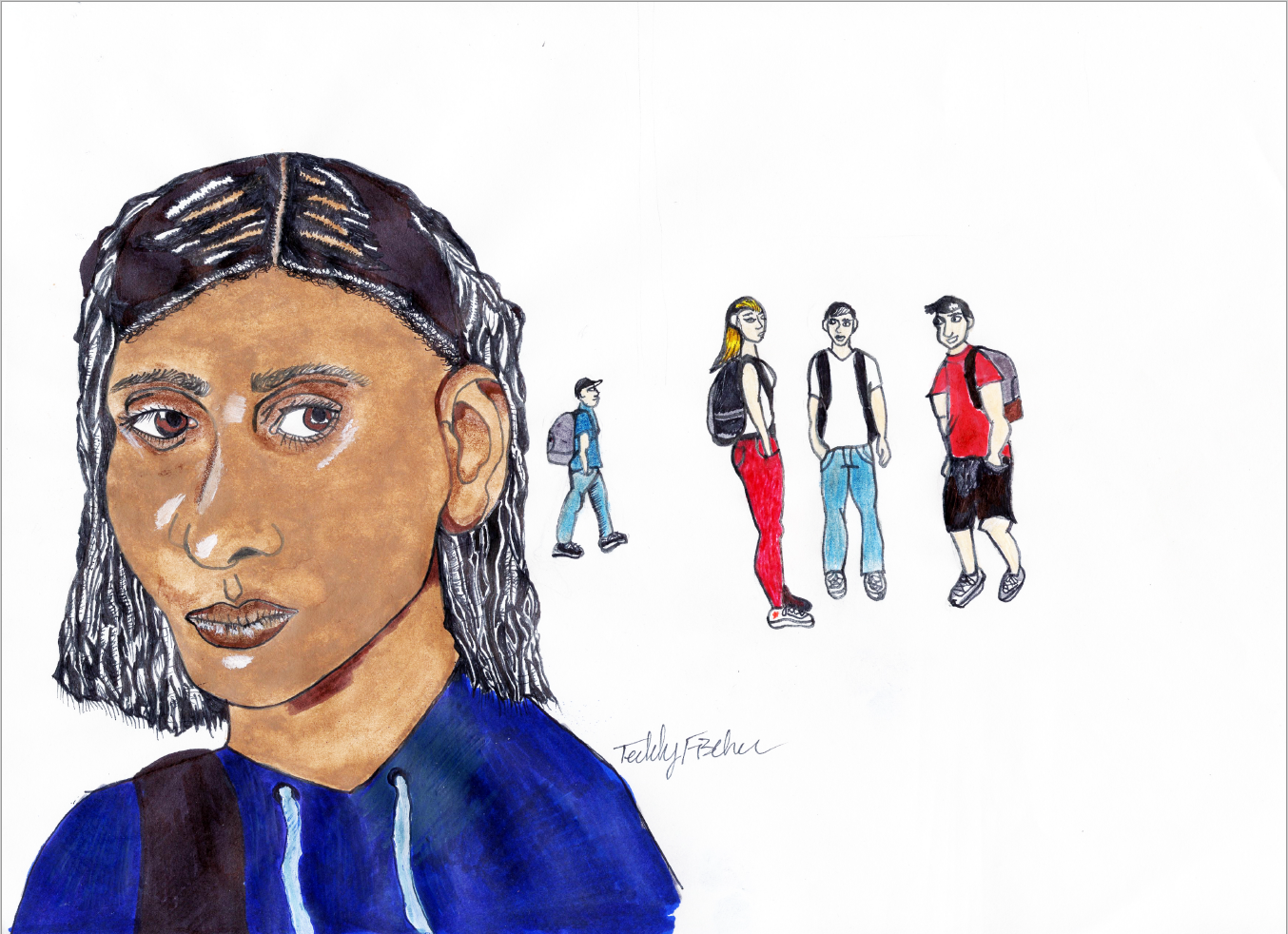 “When I first started going to school here, no one – not even a teacher or staff member – had the same complexion as me,” said Channing Martin, a junior and the president of the Black Student Union.

High school is difficult, especially for a minority in a predominantly wealthy and white school. Juggling rigorous academic requirements, social status, and self-discovery can be arduous for students who feel pressured to conceal aspects of themselves. High school is meant to be a time of developing individuality, but it can be difficult to discover oneself in the high-strung, grade-obsessed atmosphere of Mercer Island.

“Currently, I can walk downtown or just walk down the hallways of the high school and see multiple people [of color] — which is absolutely amazing! And as of now, I currently hold the position as Black Student Union President and I have learned that the majority of minorities have struggles in this environment especially if you were not raised on the island.” said Martin. “Everyone was born ‘neighbors,’ meaning everyone has known each other from birth and will probably know each other for the rest of their lives.”

“It is hard to have confidence in an environment like this, and to be a minority it is really difficult,” said Kelly John-Lewis. “You don’t have an identity being a black person in this community.” The primary identity is white, which, in a high school setting where people strive to fit in, may cause them to conceal their own identities because of the associated scrutiny.

Because of Mercer Island’s culture, students feel pressured not to embrace who they are.

The problem of equity also arises in the topic of support toward minorities. “The only way to show equality is to show equity” said John Lewis. “In my opinion, I have not seen that in 19 years on Mercer Island.”

Commonly, equality is thought of as the answer to injustice. However, sometimes in order to obtain equality, simply treating someone or something the same way as others will not make it equal. Equality is the state of being equal in status or rights, whereas equity is the quality of being fair and impartial.

In addition, while the clubs and programs that exist at MIHS to support of people of color are not being denied nor accused, their intended result is not always realized at the end of the day. “Mercer Island attempts to be inclusive to the minorities in the community by having all these great diversity-based clubs,” said junior Nia Tate.  “But other than that, I personally feel as if people are forced into being inclusive with minorities, making it seem like it is a job.”

“For example, my freshman year in bridges, the theme was “diversity” where we watched BuzzFeed videos that ridiculed the black culture.” said Martin, “which in my eyes, being black, I felt completely uncomfortable.”

It is critical not to bash or accuse, but rather to raise awareness and start discussions on the lack of support for school minorities.

A tendency exists to shy away from difficult topics – like race and diversity.

“The diversity in the Mercer Island community is an issue, and when the principals and/or admins try to promote or show off our diversity, it ends up becoming a joke with the students,” said Tate. “So instead of telling everyone our community is diverse, we should work with what we have and possibly have events to help others from different races talk to one another and learn more about each other’s cultures.”