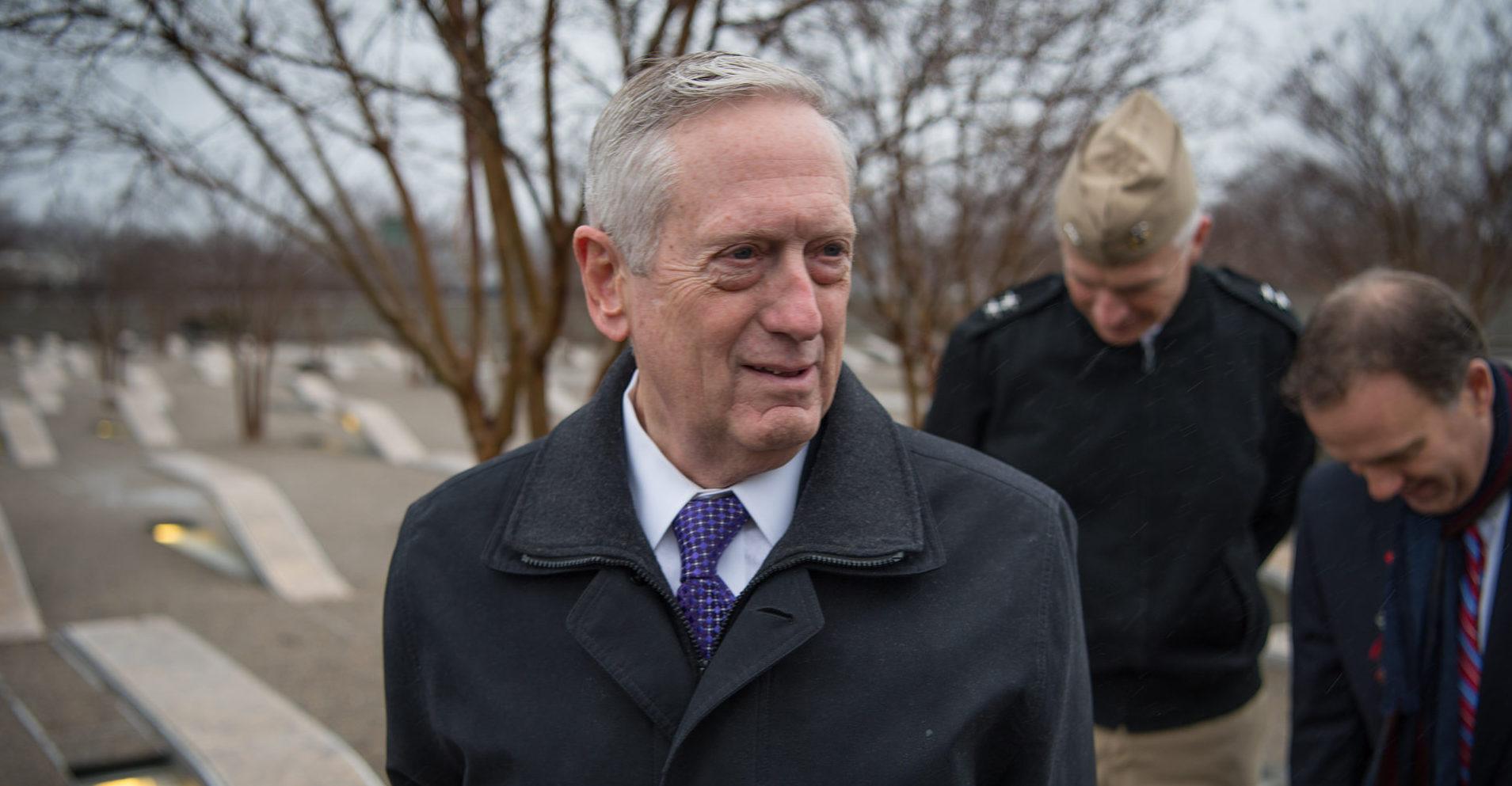 The only thing more bizarre than getting the private cell number of United States Defense Secretary James Mattis through a leak is having him call you back.

In a photo published alongside this article by The Washington Post on May 11, Trump’s bodyguard, Keith Schiller, could be seen carrying a stack of papers with a yellow sticky note stuck on the top. Written on it, in black ink, was the name “Jim ‘Mad Dog’ Mattis” and a phone number.

Paul Redmond of Orange County, California, contacted The Post the next day, informing them that they’d accidentally published what seemed to be Mattis’ private number.

The photo was quickly removed, but not before many, including MIHS Islander sophomore staff writer Teddy Fischer, saved it.

Calling the number, he left a message asking if Mattis would be interested in conducting a phone interview with The Islander. A few days later, when Teddy said Mattis had agreed, I didn’t believe him.

But, after receiving three more calls from the defense secretary to set up a date and time for the interview, Teddy and I got to work preparing questions.

I fell in love with journalism because it humanizes and highlights people that would otherwise go overlooked. But, working on this story made me realize the power it has to humanize the stoic and seemingly one-dimensional political figures we see on the news everyday.

“I’d like to begin by asking some questions directed to our high school audience,” Teddy said. Mattis’ response set the tone for the rest of the interview.

The conversation then shifted to a subject that high schoolers either know and love, or know and hate. History.

“I don’t think you can go wrong if you maintain an avid interest in history,” Mattis said  when asked what students today should study to best prepare them for the future. “I wish now looking back on it, if I’d known what waited for me in life, I would have put a lot more attention into history.”

This sentiment is not a new one for the defense secretary. Known for his library of over a thousand books, Mattis graduated from Central Washington University with a bachelor’s degree in history before joining the Marines. After retiring from the Corps over four decades later, he taught the subject at Stanford University for three years.

“You’ll find that really, there’s nothing new under the sun,” Mattis said, citing similarities between actions discussed at the recent Defeat ISIS Coalition meeting to the Marshall Plan and returning to the work of Thucydides when asked about the future nature of American warfare.

It’s one thing to say that history matters and the social sciences you take in high school have real-world applications. But, it’s another to hear the material you’ve studied referenced by someone who is shaping the history future generations will study.

In a recent profile on Mattis by The New Yorker, he said what worried him most as he took on the role of defense secretary was “the lack of political unity in America.” Unsurprisingly, when asked for a solution to this problem, history again came to the forefront.

Mattis said that while he understands it’s the nature of politics to try and characterize your opponent as stupid, calling them crazy or evil crosses a line.

“You and I, we don’t compromise with crazy people or evil people,” he said. “Generally speaking, just because someone disagrees with you, doesn’t make them crazy or evil.”

Mattis, although acknowledging that “none of us are all-knowing,” offered two potential strategies to make America’s future political culture less polarized.

First of all, remind yourself that those with opposing political views are human beings too. Mattis recommends “sitting down and talking with them, and after having a good strong argument, going out and having a root beer.”

Secondly, look at our country’s history to give you hope and direction for the future.

“If you study history, you realize that our country has been through worse,” Mattis said.

A good history book doesn’t just describe the past, it highlights the ways in which people have navigated it.

“You lose your paralysis, your unproductive worry,” he said, “and you replace it with productive action.”

When asked why, out of thousands of calls, Mattis chose to respond to us, he returned to his love of teaching.

“I’ve always tried to help students because I think we owe it to you young folks to pass on what we learned going down the road so that you can make your own mistakes,” he said, “not the same ones we made.”

Mattis is a history buff enshrining himself in history. Through teaching and reaching out to students like Teddy, he’s sharing history, and the wisdom he’s gained in creating it, as it’s being made.

With leaders willing to talk honestly like this with their constituents, comes a need for young people, like Teddy, who want to take advantage of that and listen.

Journalism gives not only the power to humanize those making history, but the chance for people of any age to be the ones recording it.

To be an engaged citizen is to study, either the stories of the present or the past, and learn from the successes and mistakes of others.

However, while journalism and history are about looking for solutions in other people, Mattis reminded us that both are just starting points.

“History will not show you all the answers,” he said. “But, it’ll tell you a lot of the questions to ask.”

Two companion pieces to this article, a feature on the connection between education and radicalization according to Mattis as well as a full transcript of the interview, have been published online.