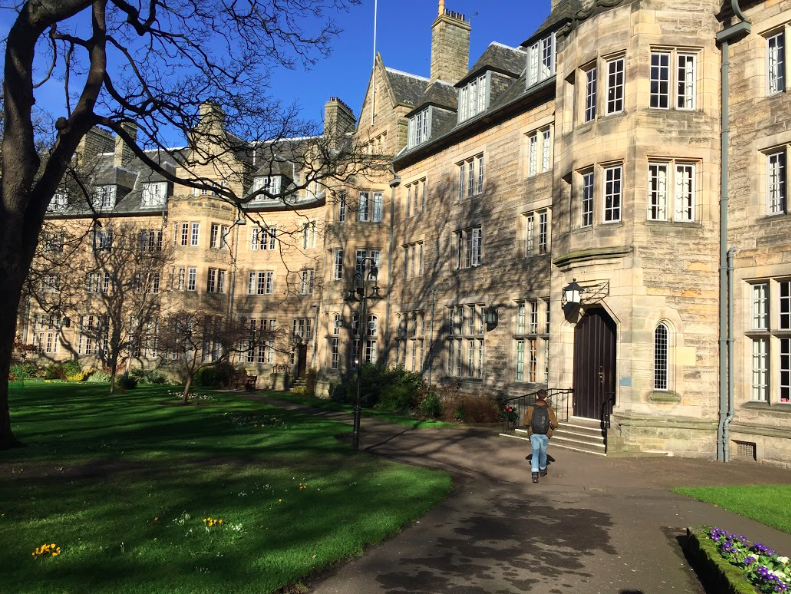 While studying in a distant country is, of course, not for everyone, students should nevertheless be encouraged by the school counselors to explore it as an option. They may find the experience to be a life-changing one. Foreign nationals studying in the USA may find the information surrounding Student Loans for Non Citizens particularly useful when it comes to managing their finances during their tenure.

As every upperclassman knows, the first step of the college process is to create a list of schools that best suit one’s needs. Students at MIHS often do this with the help of Naviance’s “SuperMatch College Search” tool, introduced to them by counselors who visit their classrooms junior year. The tool uses an overwhelming amount of categories to narrow the search for a student’s “best­-fit” college, the first being “location”. The glaring flaw with the “location” category, however, is the sheer lack of options. Students can only choose from regions in the United States, United States territories, or Canada, barring them from considering schools in any of the other 194 countries in the world.

The counselors also do not include international schools in their college presentations. Only requirements for American universities are discussed, and only steps for using the Common Application are taught. Not even a nod is given to the possibility of international applications and the different requirements students may need to be aware of if they want to apply these schools.

As with studying anywhere, attending a foreign university does have downsides. Samantha Philipp, an MIHS alum and current freshman at the University of St. Andrews, notes that “you have to apply for a visa which is a whole complicated process. The eight hour time difference between St. Andrews and Mercer Island can be pretty rough, and the 12­hour plane ride can be a bit of a pain. But I can confidently say that I don’t regret coming to school here and that it’s completely worth it to study abroad because I’ve never had this much fun in my life.”

Attending university in a foreign country can prove to be incredibly beneficial for American students. The tuition for most foreign universities is jaw­droppingly lower than that of those in the US. For a Mercer Island student, the cost of attending the University of Washington is currently $25,948 per year, and the cost of attending the University of Southern California is $69,711 per year. In contrast, the cost of attendance for the University of Oxford in England can be as low as £15,755 per year, or $20,450, according to each school’s websites. Philipp loves that she can study in Scotland for a relatively small tuition. “Scottish kids only pay about £2,000 (about $2,500) per year while international students have to pay about £20,000 (about $25,000) per year. It’s definitely a huge difference, but compared to US schools it is much cheaper to attend school here. And thanks to Brexit and the huge shift in the exchange rate, I’m saving about $3,000.”

Today, the importance of having a global mindset is ever­growing; students who immerse themselves in new cultures gain broader global perspectives through interactions with their foreign peers, connections which can often break down harmful stereotypes and boundaries. Jane Gallup, the mother of Jacqueline Gallup, an MIHS alum who is a current freshman at University College Dublin, saw that “when [Jacqueline] came back for winter break, she noted that her growth was higher than those who stayed in the states, in the sense of understanding politics, education, and maturity.” Mrs. Gallup felt excited by and thankful for the cultural growth that attending a foreign university has brought to her daughter, and as a result actively encourages other current high school students to consider a similar experience.

Students improve upon their their independence at any university, but attending a foreign university increases the challenge of not relying on parents for assistance. Of course, if a student or parent does not feel capable of adjusting to living so far away from home, then a foreign university may not be the right choice for them. However, the issue of distance should not necessarily bar students and parents from considering foreign universities, as it can be much more manageable and much less daunting than it may seem at first. Mrs. Gallup says that having her daughter live so far away has actually been quite easy, thanks to Facetime. “It’s just a plane ride away. You have to have that perception, and I let her reach out to me so she feels connected.”

Students should be exposed to the possibility of studying at a foreign university and the benefits it could have on their college experience. The earlier the exposure to the option of an international education, the better; the process of choosing a school, preparing for testing, figuring out different application processes, and convincing parents can be stressful if crammed down into a few short weeks.