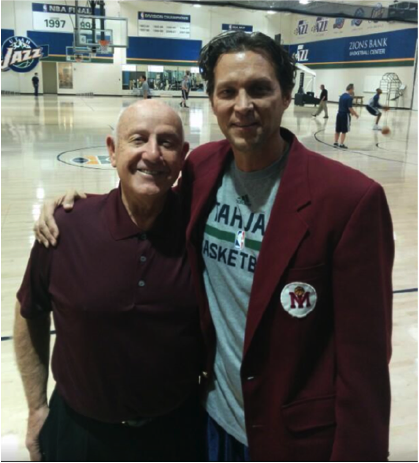 With the NBA’s homestretch rapidly approaching, and no obvious team to root for due to the absence of one in Seattle, it may be difficult to decide whom to support. Fortunately, The Islander has prepared a guide for whom to root for down the stretch this season. Also be sure to look at FanDuel to access their player projections for the season!

Toronto Raptors: Coach Dwane Casey was an assistant coach for the Sonics from 1994 to 2005, and Small Forward SF Terrence Ross, who attended UW, averages 9.5 PPG.

Oklahoma City Thunder: We know, We know. However, some fans may feel like they are watching the “old Sonics” because, at a basic level, it is the same franchise. SF Kevin Durant, who won NBA Rookie of the Year with the Sonics in 2008, still plays for them, averaging 28.1 PPG and 8.3 rebounds, as does PF Nick Collison, who averages 2.0 PPG.

Portland Trail Blazers: As the closest team to Seattle, proximity wise, it would make sense to follow the Blazers. Their Head Coach, Terry Stotts, was an assistant coach for the Sonics from 1992 to 1998. Another thing to consider is that the Blazers were one of two teams to vote against the Sonics’ move to Oklahoma City.

Utah Jazz: Head Coach Quin Snyder attended our very own Mercer Island High School, and was a McDonald’s All-American in 1985. This is the obvious choice for any Islander NBA fan.

Phoenix Suns: Head Coach Earl Watson was drafted by the Sonics in 2001 and averaged 3.6 PPG in one season with the team.

Dallas Mavericks: One of two teams to vote against the Sonics’ move to Oklahoma City. This is more of a sentimental choice.

With all these options, we here at The Islander are sure you will find the right team or player to support down the stretch this season.

All stats courtesy of ESPN