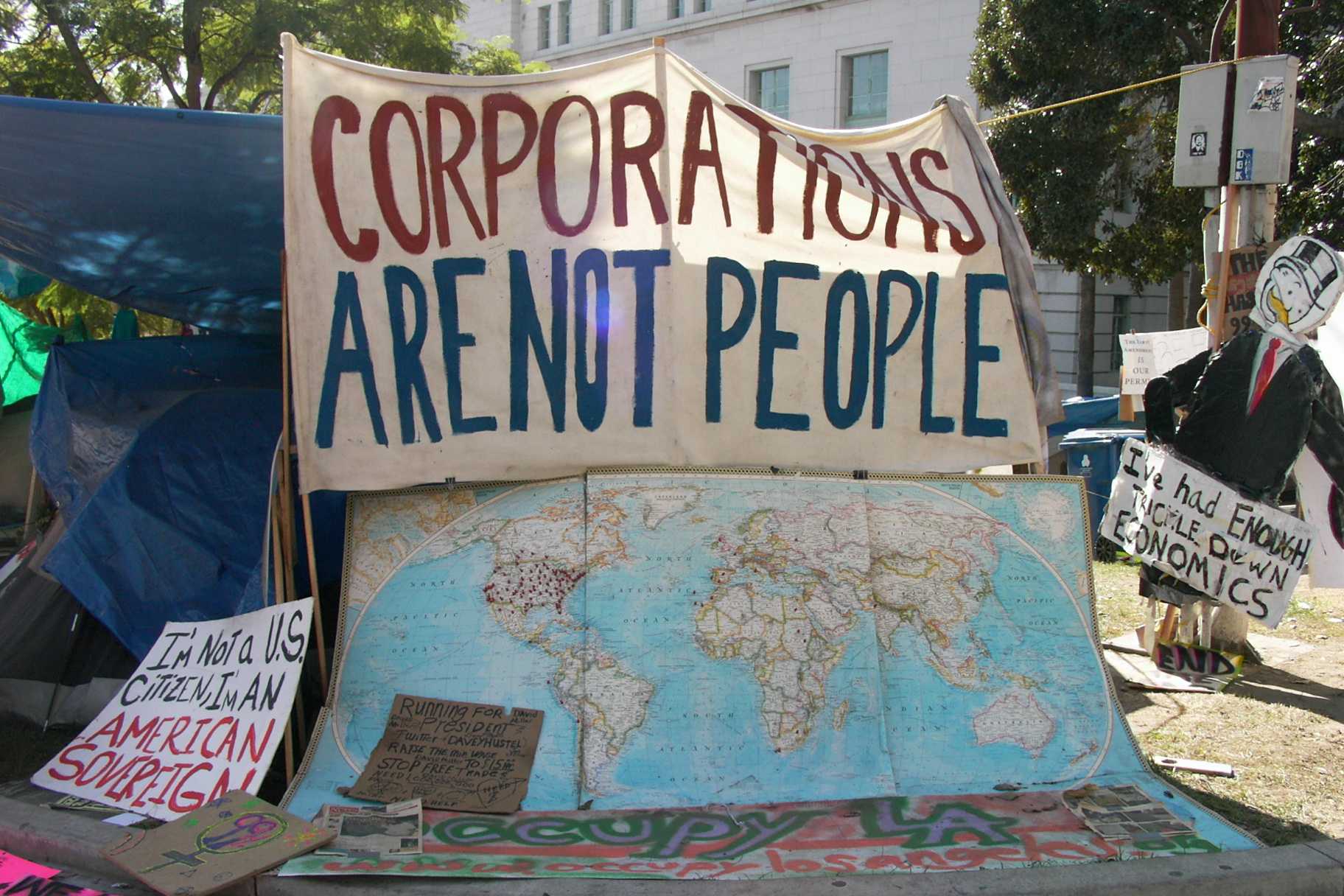 Back in 2010, a five to four majority of the Supreme Court established that corporations and unions were guaranteed the rights outlined in the First Amendment. The Court could not be allowed to limit a company’s independent campaign expenditures, which it qualified as “free speech.” The four dissenting judges maintained that corporations should not be seen as actual members of society, and therefore should not be protected by the Bill of Rights. The outcome of the case led to the creation of Super PACs, allowing big money to play an increasingly important role in politics.

The Supreme Court’s ruling sparked outrage in the public sphere. The phrase “Corporations Are Not People” started to appear on bumper stickers and t-shirts all across the nation. The decision is still heavily criticized today, with presidential candidates Hillary Clinton and Bernie Sanders promising to overturn the ruling if elected. However, what many people fail to realize is that the Supreme Court is not fully accountable. It may have ruled that corporations are guaranteed the same rights people, but it did not simply decide that for itself. The House of Representatives is just as liable, as evinced within a single document: the U.S. Code.

The U.S. Code is the official codification of the general and permanent laws of the United States. The document includes clarifications such as “words importing the plural include the singular” and “words importing the masculine gender include the female as well.” Such explanations are included to prevent loopholes in the legal system. For example, it allows the government to hold a woman accountable for robbing a bank even if the law states that no “man” shall do so.

Under Title 1, Chapter 1, Section 1 of this document it is written, “In determining the meaning of any Act of Congress, unless the context indicates otherwise…the words ‘person’ and ‘whoever’ include corporations, companies, associations, firms, partnerships, societies, and joint stock companies.” This wording explicitly states that, in regards to the laws and rights outlined in The Constitution, corporations are people.

The first edition of the U.S. Code was ratified in 1874. Today, the Office of the Law Revision Council of the House of Representatives approves and publishes a new main edition every six years. The U.S. government has accepted the classifications outlined in this code for over 140 years. It is and has always been a recognized and validated document. If the U.S. Code explicitly states that when the Constitution reads “people” it also means “corporations,” the Supreme Court cannot solely be blamed for ruling as it did.

The cry for a constitutional amendment to overturn the Citizens United decision is one sounded by many politicians and organizations. However, an amendment merely overturning the ruling will not suffice. It would simply invalidate one Supreme Court decision while doing nothing for future cases. Rather, the U.S. Code must be amended, and the branch that has the power to do so is the House of Representatives. Instead of protesting and condemning the Supreme Court, people and politicians alike are better off confronting the House of Representatives and demanding that it revise the U.S. Code.