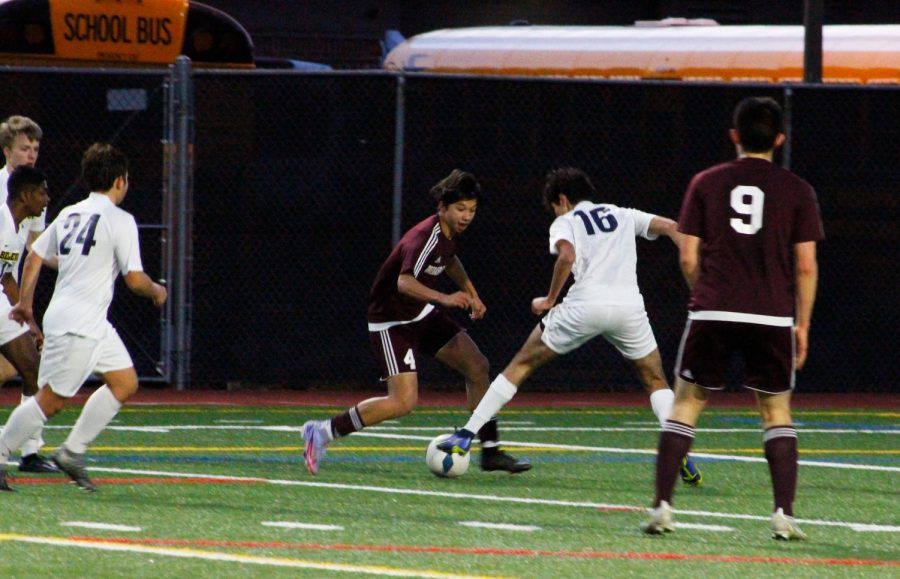 The game boasted strong supporting crowds from both teams. Unlike some other Bellevue and Mercer Island games, the crowd remained relatively tame throughout.

“It was a great win for the boys, [we’re] glad to get our first shutout of the year, and I think we’re really building out chemistry,” junior goalkeeper Jackson Barker said. “[We’re] glad to get everybody minutes.”

The first half featured heavy possession and multiple near misses from the Islanders. However, a goal 18 minutes in by junior Kaleb Rawson put the team up by one. Another goal three minutes before halftime by junior Leo Berkley gave the Islanders a cushioned lead going into halftime.

From then on, the Islanders continued to remain steady until the end of the game, but Bellevue took multiple near-miss shots with around ten minutes left, and a crucial save from Barker kept the game at a shutout.

Barker spoke about the importance of positive communication and teamwork to get through tough games, which could make a crucial difference in later matches.

“I think there are times when boys get down, and they gotta just step through it and work as a team to get these games over with,” Barker said.

The Islanders will hope to stay undefeated in their upcoming game against Liberty this Thursday, at 7:30 p.m.