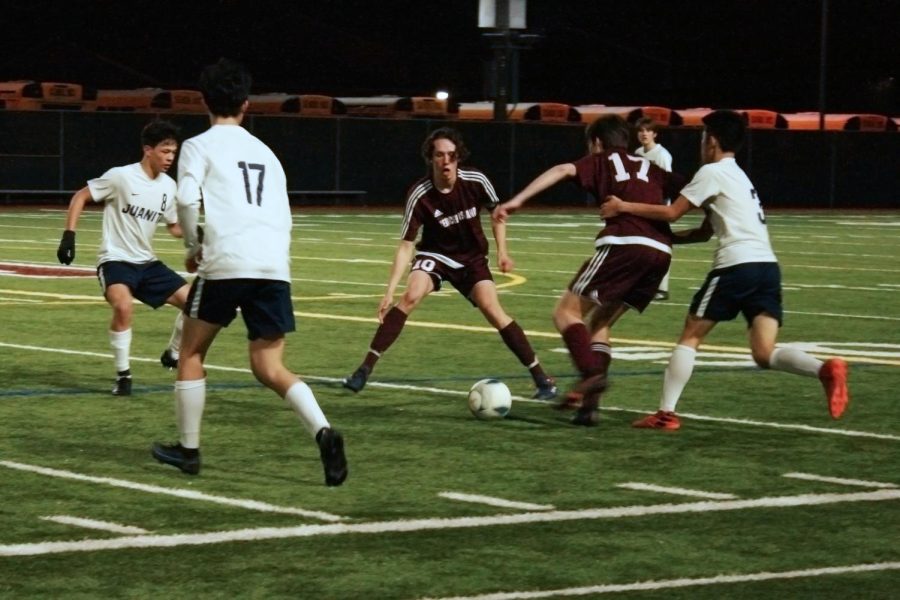 The MIHS Boys Varsity Soccer team picked up a 3-1 win against Juanita on Thursday, March 24.

The game started out fast-paced and physical, and a goal from senior Remy Frederick ten minutes in put the team ahead early. Another goal for the Islanders came two minutes later, padding their lead.

The Islanders scored another goal five minutes later, but it was ruled offsides and did not count.

A goal by Juanita senior Anas Slassi 22 minutes into the first half made the score 2-1 going into halftime.

The second half featured a little bit of a slower pace, and a fair amount of kickball.

There was a scramble near the Juanita goal with 10 minutes remaining in the game that almost resulted in a goal for the Islanders, but the ball stayed out of the net. However, a goal by junior Luca Galvin nine minutes later, with just one minute remaining in the game, sealed the deal for a 3-1 Islanders victory.

The game remained exceptionally physical throughout, with five yellow cards awarded throughout the course of the game. However, the Islanders were able to secure the win in the end.

The team will hope to earn another win against Hazen on Tuesday, March 29, at 7:30 p.m.