Islander Girls: How The Legacies Continue 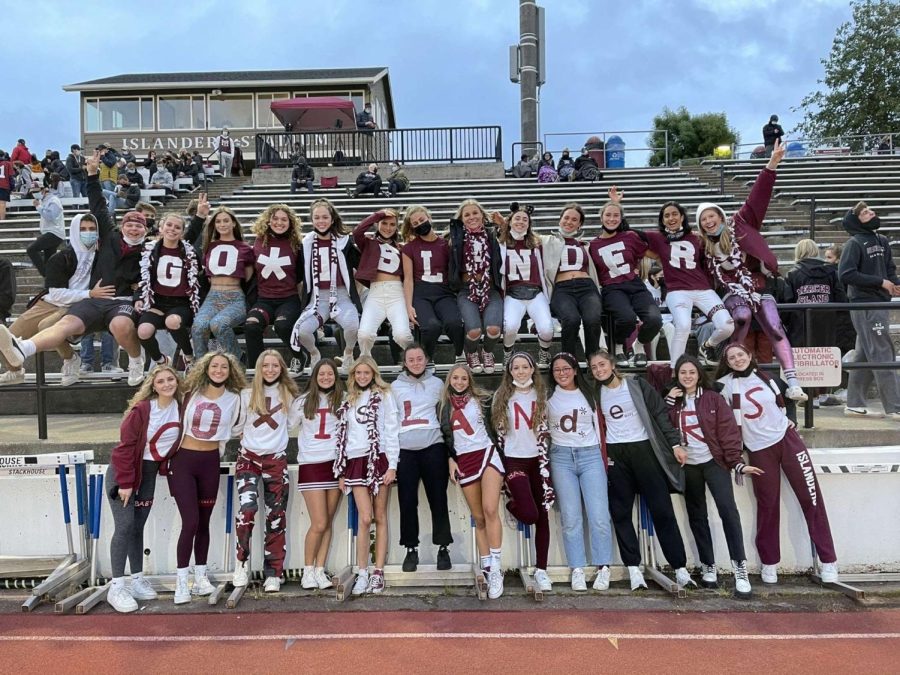 Islander Girls, a non-school-affiliated spirit group of Mercer Island High School senior girls, has a history of appointing new members via a diverse array of legacies.

There are 12 members in Islander Girls each year and each is given their own alphabetical letter to identify with and wear on select pieces of clothing. When arranged in the correct order, the members’ letters spell “GO*ISLANDERS,” with the asterisk included as one of the letters.

“[Islander Girls] really is like a spirit group, so it is [dependent] on who’s the most involved in functions or other activities,” current Islander Girls member Sadie Wolf said. “[There’s] not really a set qualification to get [a letter].”

Wolf received her letter without affiliation with a legacy, and instead was selected by a close friend of hers. Wolf and her predecessor took part in similar activities, such as DECA— an inter-academic business class.

However, that commonality was not why Wolf received a letter.

“I was passed down [a letter] because of a friendship,” Wolf said. “I was really good friends with the person who had my letter before. We both did DECA, but we’ve been friends since elementary school.”

“I played lacrosse with [my predecessor] so that’s why she gave me the letter,” Hamilton said.

Hamilton also reflected on past generations’ trends, commenting on the major role sports programs play in determining the group’s constituents.

“[During] my freshman year, like half of the varsity soccer team had a letter. So yeah, sports are a big part of it,” Hamilton said.

The array of activities Islander Girls members participate in varies year to year.

“It kind of changes. ‘Cause this year there’s not a whole lot of girls that are in sports. In past years it was like all the soccer girls,” Hamilton said.

Islander Girls pulls from numerous fields of the broader MIHS community, ranging from sports teams to DECA to an array of school-affiliated clubs.

“[It’s not] one friend group [that] passes it on to another friend group,” Wolf said. “[Islander Girls is] a spirit group of people that has representatives from a lot of different interests and groups throughout the school.”

“Two years ahead is like the biggest jump [a legacy is guaranteed]. It’s never a requirement to keep [a legacy] going,” Wolf said. “I only have a direct say on who I pick for next year.”

Islander Girls aims to recruit students who show extraordinary school spirit, but there is no doubt friendships and legacies are also heavily considered and honored.