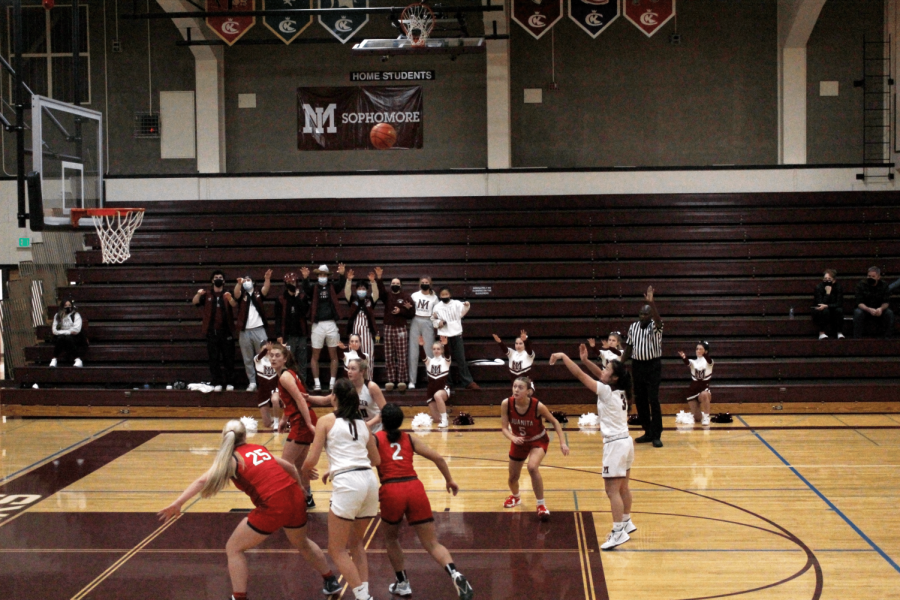 In a close game against the Juanita Ravens, Mercer Island Girls Basketball won 52-47 on Wednesday, Jan. 26.

In the first quarter, the Islanders struggled to keep up with Juanita, allowing 21 points and scoring only nine.

“We normally have this lull in the first quarter,” senior captain Ally Merritt said. “We’re just trying to work up the energy and intensity.”

Although in the second quarter, Mercer Island’s defense stepped up and allowed Juanita only three points. This secured the Islanders the lead at halftime, with a score of 25-24.

“We got a lot of energy in the second quarter and we didn’t lose any of it,” Merritt said.

In the last minute of the game, the score was tied 46-46. Lucky for the Islanders, they scored six points and allowed Juanita one, securing their victory with a score of 52-47. This win improves Mercer Island’s season record to 4-10.

“The last quarter was really good, we had a really great defensive quarter,” Merritt said. “We had a lot of steals and a lot of blocks.”

After the game, Mercer Island discussed what improvements they need to make.

“We definitely need to work on boxing out and following our shot when someone shoots and get that rebound,” Merritt said.

Mercer Island Girls Basketball will face the Newport Knights on Jan. 28 for their second-to-last game of the season.