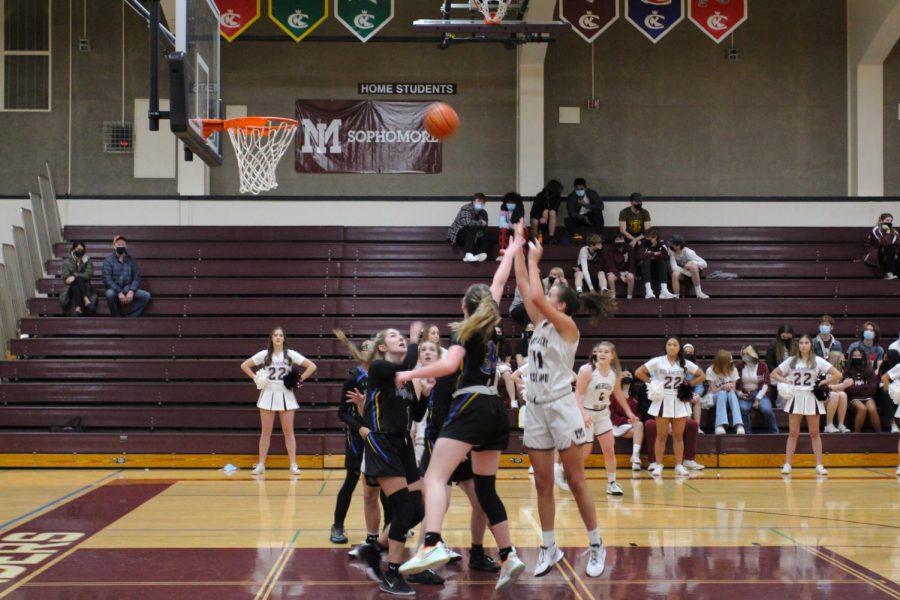 The game started quickly with a layup from junior captain Caley Newcomer and continued to move back and forth. The Islanders came out ahead 14-8 at the end of the first quarter.

Although the Islanders’ fighting spirit rendered some outstanding performances, they carried too much of their aggression onto the court, resulting in numerous fouls.

“We counted [the number of fouls] and we had 23 to their 8, which is not okay,” Newcomer said.

Additionally, the team plans to improve its offensive performance.

“I think our defense was better, but our offense was inconsistent,” Newcomer said. “If a couple more calls went our way and we had a little bit more momentum, I think we could have turned that game around.”

After an immediate turnover from the Islanders began the second quarter, the first half of the game ended with Hazen leading by just two points and the Islanders with 9 fouls, fighting for the lead.

To begin the second half the score jumped back and forth, the Islanders gaining a one-point lead before Hazen made a layup to tie the game 28-28 at the end of the third quarter. The final quarter was a close battle before Hazen gained the lead to end the game.

The Islanders will try to limit their number of fouls but carry their energy to their next away game against Juanita on Thursday, Jan 20.