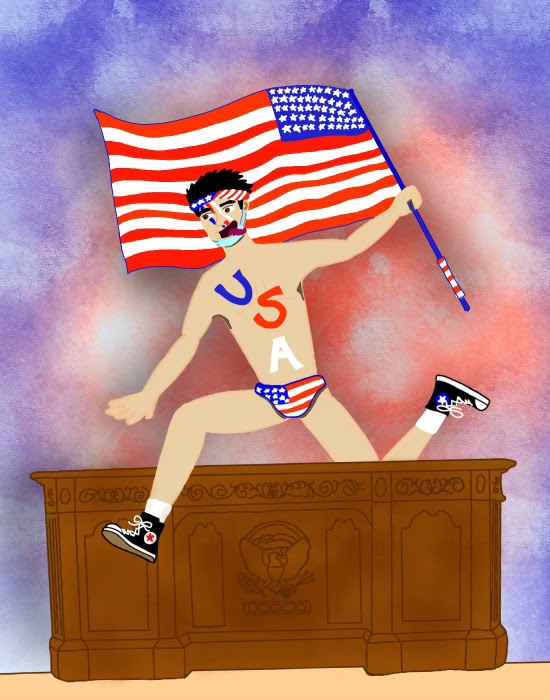 Following Mercer Island High School’s unprecedented level of school spirit in 2021, the MIHS Flag Dudes have been re-assigned to the Pentagon indefinitely to boost patriotism. Their new dude-ies include thrusting American flags around at congressional assemblies, performing American propaganda sketches during press conferences and chanting “America is #1” at UN summits.

“Y’know, when the recruiters from DC came to our school, it sounded like a really cool opportunity that we couldn’t refuse,” Flag Dude Lucas Horp said. “If we did, they threatened to start actually enforcing mandates on masking and moshing. How are we supposed to accurately represent the school while being held to the same standards as everyone else? We just couldn’t take that risk.”

Although the Flag Dudes’ wild activities are purely for fun, some of their behavior has been perceived as offensive by America’s primary rival, Switzerland. In retaliation, the Swiss have declared war in the United Nations Secretariat Building parking lot following the next summit. The dudes are currently collaborating with President Biden and Associate Principal Wold on how to address this rift civilly.

While Horp continuously stated that he loves America during our interview, it was unclear why, other than it’s his birthplace. “I don’t know if America does anything better than other countries, but I’m proud to be American,” Horp said. “What I value most is unity, unlike the f[ri]ckin’ Swiss.”

However, the transition to life in the nation’s capital has been difficult for Horp. “Being a Flag Dude for a country hits differently than doing it for high school—everyone takes themselves so seriously, which is not at all what spirit is about. These guys just don’t know how to have a friendly rivalry.”