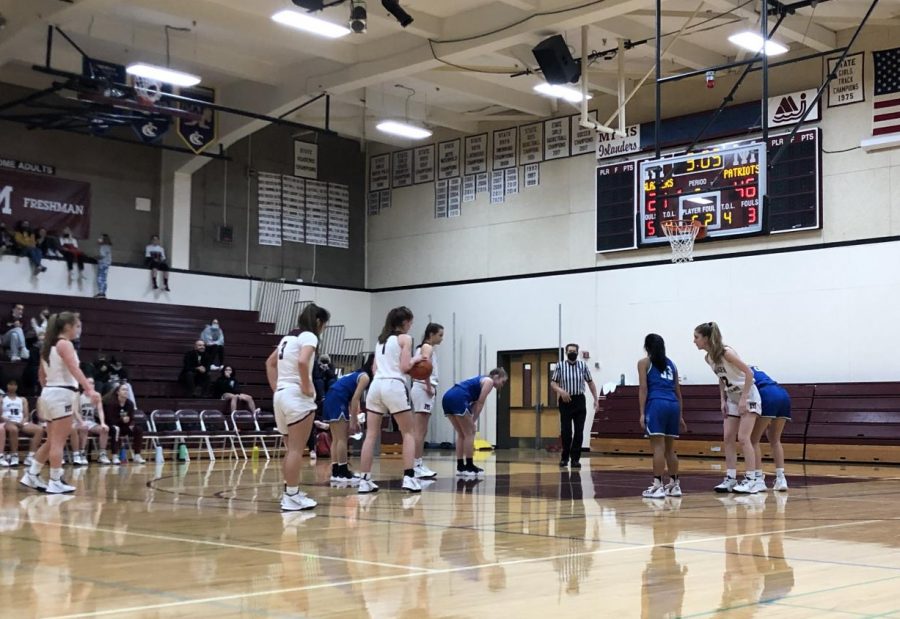 The Islanders played a solid first quarter, holding liberty to an eight-point lead. The second quarter is where MIGB began to struggle, allowing Liberty to score an additional 21 points.

“I think that we did a good job communicating but I still think we need to get better on transition and running our offense correctly,” junior Lauren Monahan said.

After halftime, the Islanders scored a total of 27 points in the second half compared to 15 points they scored in the first half of the game, showing improvement.

Unfortunately, this improvement was not enough to escape Liberty, who also ended up scoring 27 points, which secured their victory against Mercer Island.

During their post-game talk, the team discussed what they needed to improve for their next game.

“We are going to practice hard like we would in a game scenario like I mentioned,” Monahan said. “And just bring the energy like from the first quarter ‘cause we need the energy there the whole game.”

MIHS Girls Basketball will play their next matchup on Dec. 17 against Juanita.