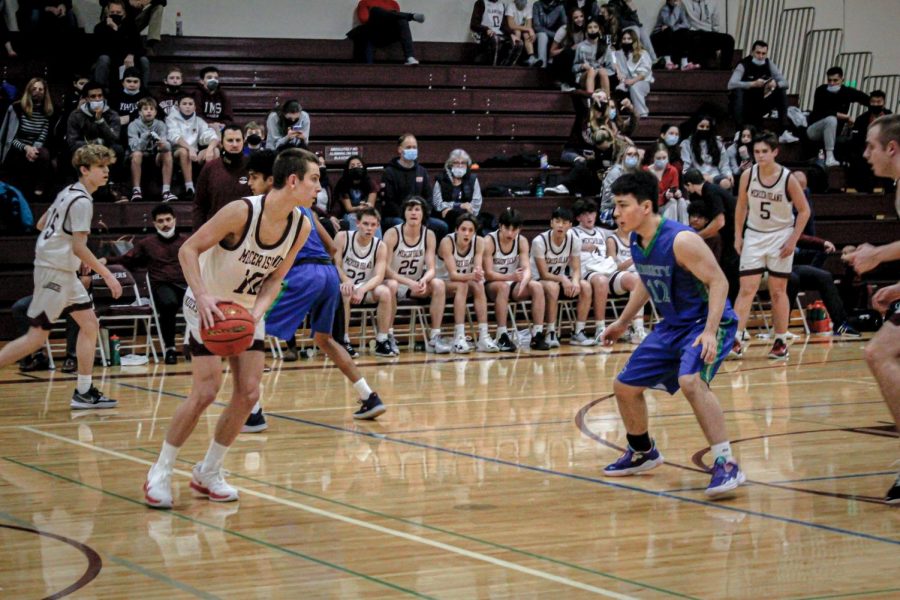 In their third game of the season, Mercer Island Boys Basketball lost 54-71 to Liberty in a hard-fought battle on Tuesday, Dec. 14.

Despite a valiant effort to stay in the game, the Islanders ended up losing all four individual quarters, in no small part due to the plethora of Liberty free throws throughout the game.

“I think we learned a lot of things that we need to work on, so that’s always important, you know, with a loss, you have to look in the mirror,” head coach Gavin Cree said.

Cree emphasized the importance of players taking on bigger roles in this game. Junior captain Jackson Brendy had a stand-out game with 17-points, as did senior Tony Swendrowski with a 14-point night.

“[We] had a couple guys step up, we were without Chris Clark tonight, he was one of our starters, he’s our most experienced player, so, to play without him and play against a very good team and hang in there is good,” Cree said. “Tony Swendrowski, a senior, stepped up, [played] a really good game for us, so that was fun to see.”

Despite a 1-2 start for the Islanders, expectations for the season are still set high.

“[We] just need to get to work, and keep improving because we are a young and inexperienced team,” Cree said. “I think our goal is to just try to win every game that we play in… we just want to get better every day, [and] you just have to reflect on these games and get better.”

The Islanders will hope to improve to 2-2 with their next away game at Juanita at 8 p.m. on Friday, Dec. 17.