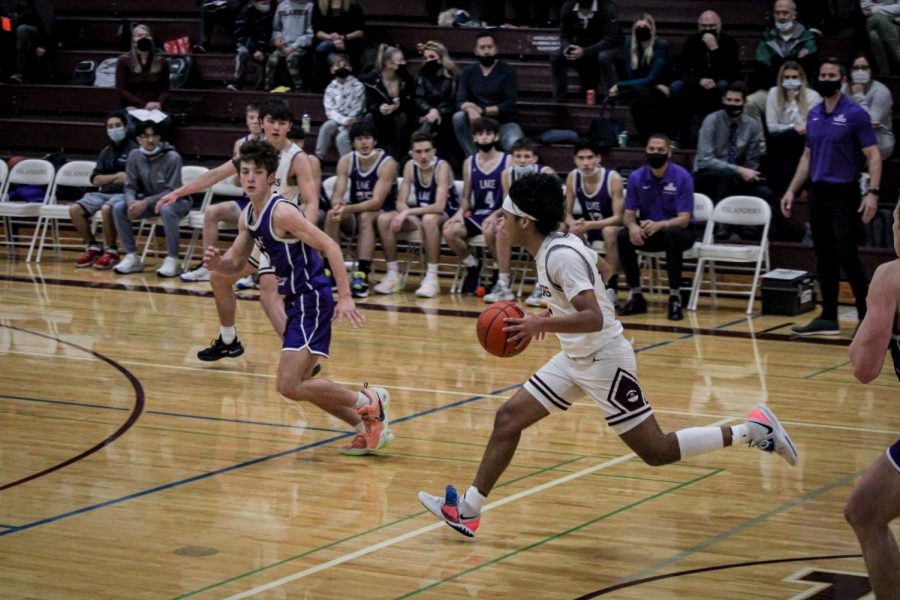 The MIHS Boys Basketball Varsity team was defeated 22-63 by Lake Washington in their home opener on Friday, Dec. 3.

The game was off to a poor start from the beginning of the first quarter with a 7-21 score, but even with this lack of points, the fans had great spirit and the stands were full of supporters.

“We were down by 30 points so anything that happened after [halftime] didn’t matter,” spectator Rocco Tupas said.

Throughout the game there were ups and downs. The Islanders made a small comeback right after halftime, but things quickly began to go downhill once again.

“Later on we were moving the ball a little better, but overall the boxing out hurt us,” senior player Luke Reid said. “We need to get back on defense.”

The MIHS defense was especially pressured all game by Lake Washington’s Ben Nyquist, who scored almost one third of their overall points.

The spirit of the game wasn’t a problem. The crowd was chanting during free throws and really displayed MI spirit at its finest, with the band playing and both cheer and drill performing at halftime.

“[Our] energy was alright, but it will definitely be better in the future,” Reid said.

The Boys Basketball team will play Interlake at their next home game on Saturday, Dec. 11 at 5:30 pm.