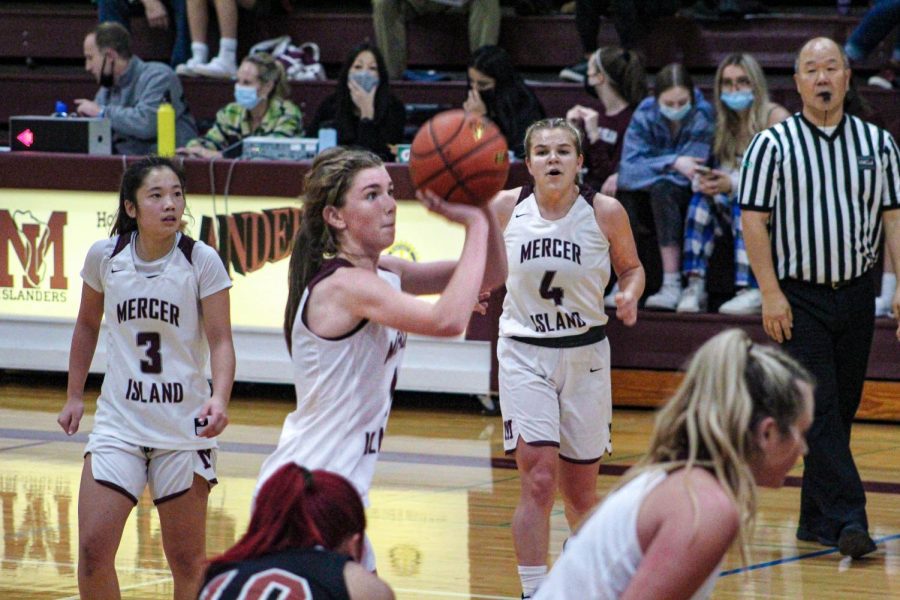 Although MIGB fell short of a win, they certainly didn’t start the season on a low note. With a student section full of Snail Pound members and Flag Dudes, the team received a spirited crowd turnout that is usually present at the boys basketball games. With this student-section energy, MIGB fought through an intense start to the season.

After the Mountlake Terrace Hawks led the first half of the game with a score of 25-29, the Islanders had a post-halftime surge, leading after the third quarter at 40-34. Despite their significant comeback, the Hawks pushed in the fourth quarter to win the game.

“We played really well in the third quarter. We were playing as a team: passing and making good plays,” Sophomore Caitlin Monahan said. “But in the fourth quarter, once [Mountlake Terrace] started getting on a run, we started playing too frantically. We were rushing things, and needed to calm the ball down.”

The standout performance of the game was Monahan, who led the team on the court, scoring 27 of 45 points. However, this game was not only influenced by Monahan; it was a strong team effort.

“We played defense really well, and kept our aggression,” Monahan said. “We are strong with each other, and need to continue our team chemistry.”

The MIGB team is ready to tackle their upcoming home game on Dec. 3, hoping to improve and garner another significant student crowd to cheer them towards victory.

“We’ll work to be communicating more as a whole team and running our offense and plays,” Monahan said. “We’re warming up, and we’re going to improve every game. This is just the start.”