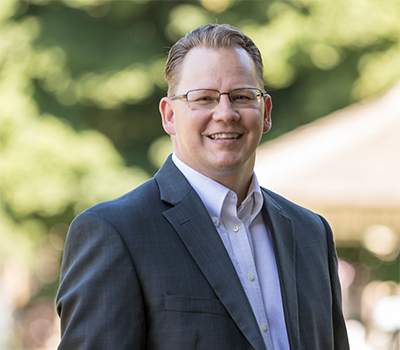 Tuesday, Nov. 4, student journalists from around Washington State were invited to interview OSPI Superintendent Chris Reykdal. This is the sixth student press conference with Superintendent Reykdal since the beginning of the Covid-19 pandemic. Many of the questions were focused on the state’s plan for addressing the student mental health crisis.

On the state’s approach to student’s mental health:

“We have sent a lot of federal dollars to districts with broad flexibility, but the priority, one of our priorities, is student mental health,” Reykdal said. “Many districts have individual ways they’ve done that. They’ve hired school [mental health resource officers]. They’ve added additional supports directly or they’ve partnered with community-based organizations or county mental health facilities and supports. So there are resources that are flowing.”

“Local districts make the decisions on how to employ and then what we’ve done is we’ve set up, we’ve financed 20 or 25 million dollars in regional mental health in our educational service districts,” Reykdal said.

Educational service districts are regional districts that cover multiple school districts that are too small, either financially or population-wise, to support themselves in different ways.

A phone crisis system has also been set up: “Students in crisis, students breaking down in any way, they can pick up a phone and there is some professional there who can immediately contact students and family and begin to engage.”

The superintendent also described some of the difficulties lawmakers have had with applying mental health services for students in the state.

“What’s really hard is to tell policymakers that we know this is critical and we don’t have data to tell you how good we are doing at this. It’s not how this works, there isn’t a test score at the end. It’s really hard to [measure] effectiveness.”

This past year, the state made the biggest level investment into providing student mental health services ever. Reykdal stated he thinks “it’s going to last for many years.”

Students across the state, including in the Mercer Island School District, took the SBA standardized tests this fall, prompting discussion.

“The federal government mandates testing in Math, English, and Science, so there is no way to get away from [testing],” Reykdal said.

“What we have told them is that it is our preference to not test every student in the testing grades every year. We would like to go to what is called the sampling method. So we would use social science researchers at the University of Washington to [select] certain schools and certain grades so it would be a representative sample based on race, gender, geography, all the categories, and we could very scientifically tell the federal government and our state legislature how we are doing.”

“We don’t have to test every student every year to do that. So that is what we intended to do. The federal government has said no,” Reykdal said.

However, the state did get clearance to shrink the amount of time spent testing. Reykdal said. “The tests happening this fall are 30 or 40% the test time of the prior smarter balanced assessments.”

“We have been building an expectation of ethnic studies, not as stand alone courses only, which are important, but embedding that in all of our grade level expectations,” Reykdal said.

The superintendent also noted the difficulties they face when trying to increase DEI training and studies.

“Now [DEI training] gets totally crushed by the politics of Critical Race Theory. People get to say whatever they want, even in the absence of facts, as a rhetorical strategy to get elected,” Reykdal said.

“The problem is, [the CRT debate] has done damage to genuine equity work. There are folks now that reject everything because they think there is this boogeyman out there called CRT, which is not in our state statutes and curriculum.”

Rekydal went on to elaborate how modern politics have made it hard to include diverse topics in schools.

“The system is trying to figure out ways to create a safe space for that conversation in the context of academia, in classrooms and supports, and then these political things come along and it sets it all back,” Reykdal said.

“[School communities] are now suddenly so nervous about the outrage in their communities from the political lens and they are taking a step back from that.”

Reykdal discussed efforts to diversify ELA literature and the historical figures that are discussed in history, and even science classes.

“You can bring questions of equity and identity into every subject. It’s a really healthy thing to do.”

“As [the politicization of CRT] has gotten everyone very nervous, we will build back, and it will be appropriate. [We need to] teach kids about equity,” Reykdal said.  “Most people agree with [teaching students about inclusion], it’s just right now, it is really easy for people to say they don’t want any of it.”

However, Reykdal did offer a qualifier for his comments on incorporating inclusion into school curriculums. “The state only sets learning standards but districts decide whether they are going to offer standalone courses and they 100% decide their curriculum.”