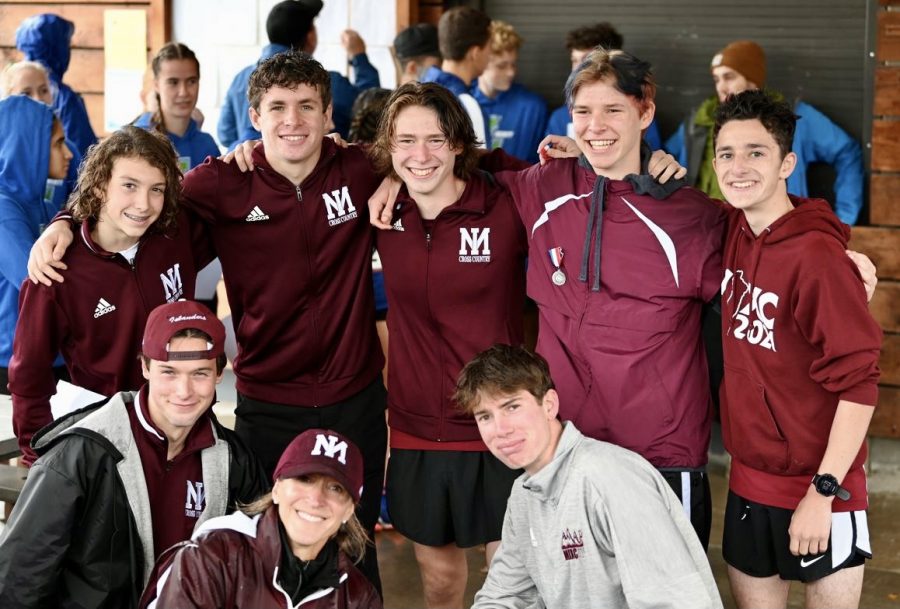 The boys team took first place in the KingCo meet and placed third at Sea-King District, which allowed them to advance to state as a team, since the top six teams at District move on.

The girls team placed 3rd at KingCo and advanced to District, but the team did not qualify for state; only sophomores Sophia Fan and Karen Zhang, who placed in the top 42 at District, earned a place in Pasco as individual qualifiers.

“The results at state didn’t really matter because there isn’t anything after state for us,” Fan said. “We just had to try and run our best.”

While the stakes at the state meet were not as high as District and KingCo, the course at Sun Willows Golf Course was definitely a challenge.

“I’m pretty happy with how we performed,” senior captain Ryan Koopman said. “The conditions weren’t optimal, but we got strong races from the boys and extremely impressive races from Sophia Fan and Karen Zhang.”

Though the team didn’t achieve their desired times at state, the rest of the season provided ample satisfaction for the runners.

“The ultimate goal was to get the guys team and as many girls as possible to state, which is what ended up happening,” Fan said. “All the coaches kept on telling us that we literally have nothing to lose and to just try our best.”

Overall, the season was a success performance-wise, but the community that the captains created made the season even more memorable.

“I’m super proud of how everyone performed this year. A lot of seniors got lifetime PRs which is awesome, and so many of the freshmen were just busting out PRs at almost every meet,” Fan said. “I think the captains did a really good job at making the team feel like family and making sure that everyone stayed on task while having fun at the same time. It’s gonna feel so different after they’re gone.”

Though their season has come to an end, both the girls and boys team will look to carry their momentum and spirit next year.

“[The boys team] definitely [has] a lot of talented individuals that will be able to fill the team up and maybe a year or two years from now we will be at state again,” Koopman said.

Unlike the boys team, which consists of four graduating seniors, the underclassmen-dominated girls team is in a very strong position for next year.

“[Coach Susan Empey] calls us a “young team” because most of the varsity team is made up of underclassmen,” Fan said. “I think that we can expect to get more girls to state in years to come.”

The team will look to repeat their successes next year, but for now Mercer Island Cross Country can celebrate their competitive, satisfying season.