MIHS Football Advances to 2-0 in Lopsided Victory Over Hazen 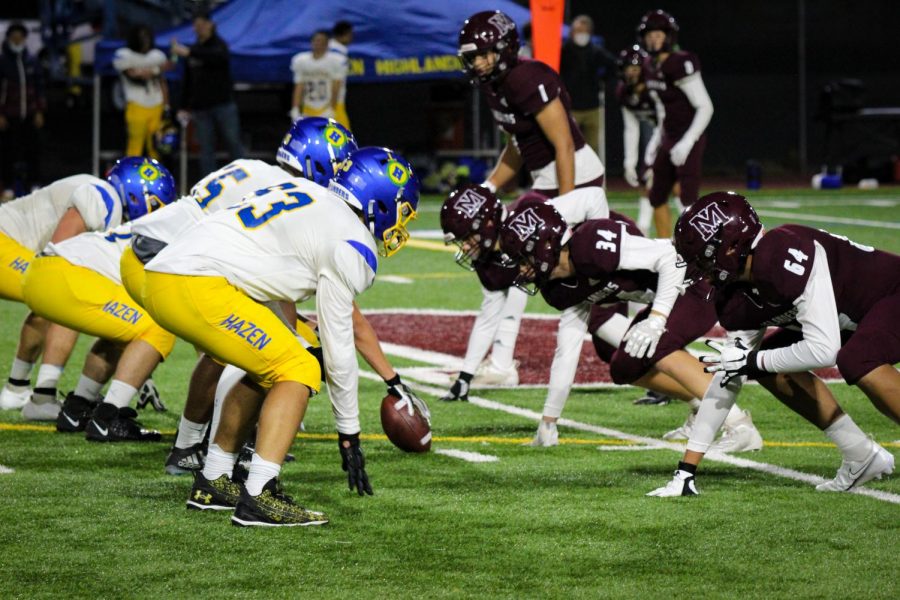 In their second home game of the season, the MIHS Football team defeated the Hazen Highlanders 41-12, Friday, Sept. 17.

Before Friday’s victory, the Islanders had not won a game in their home stadium since September of 2019.

“The whole team played great,” quarterback Eli Fahey said. “From offense [to] defense, everyone absolutely balled out. It was a team win, for sure.”

The Islanders were missing a few players due to injuries, but it didn’t seem to matter during the game.

The team started off strong with two touchdowns from wide receiver Garrett Rogan while shutting out their opponents, making the score 14-0 to end the first quarter. Hazen was able to score six points before halftime, but Mercer Island only extended their lead throughout the rest of the game.

In the second half, Fahey scored twice more, rushing for a touchdown and then throwing a 14-yard score to wide receiver Davis Johnson. Vincent Catano then scored two rushing touchdowns to wrap up the game. The defense, meanwhile, allowed only six more points for the remainder of the competition.

“We can only get better from here,” Fahey said. “As much as this win [might] get to our heads, we can’t let it, and we have to continue to go from here.”

Friday’s game was the team’s second victory of the year, but it was their first win against a team in their KingCo division, which will have playoff implications going forward.

“[The game] was a great morale booster for the team,” wide receiver Jack Durner said. “This is our first KingCo win, so this game actually matters. I think this is going to take us really well into next week.”

The halftime show also boosted morale throughout the stadium, featuring a performance from the Mercer Island High School Marching Band, who played a few songs that they will perform during halftime of the Seattle Seahawks game on Sunday, Sept. 19.

The Islanders will look to carry the spirit and confidence they gained from this game into their next matchup against Stadium High School, which will take place Friday, Sept. 24.