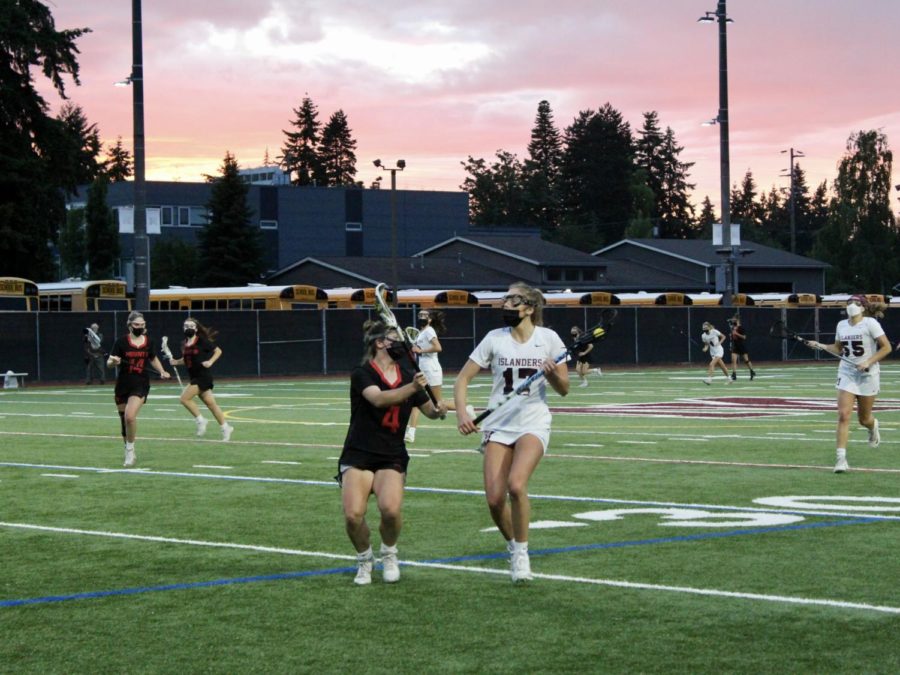 The Islanders came into the game 8-0 while the Wildcats came in 6-1, making it a highly competitive game. With post-season play canceled due to covid, this game replaced what could have been a state championship matchup.

“They brought some really strong play against us,” senior Eden Voss said. “It was kind of fun though, to have that be our last game, because a challenge is always fun and it’s much more fun to watch.”

The game started with a hat trick from senior Hannah Tiscornia, as she scored the first three goals of the game. The Islanders continued to hold at least a three-point lead throughout the remainder of the game.

“We played really hard,” Tiscornia said. “I would say this [game] felt way more intense just because it’s the last game, but we just focused on ourselves and we were a really good team.”

The team left it all on the field for their senior night, as five of the eight graduating seniors scored, including Voss, Tiscornia, Annabelle Gersch, Emma Brodsky, and Sada Pokorny.

“I looked up at the clock at the end [with] 49 seconds left and I was like ‘dang, this is like the last real competitive high school game I’ll ever play,’” Voss said. “It’s more emotional than you think it will be when you’re playing sports for four years.”

This victory was a fitting end to a dominant, undefeated season for Mercer Island. The Islanders will look forward to continuing their strength on the field next season.

“I think that we are set up to play some really good attack in future years,” Voss said. “This year was insane because we had eight seniors who were all really strong, but I still think coming into next year we [will] be a really strong team.”