The MIHS Islander • May 26, 2021 • https://mihsislander.org/7473/sports/mihs-girls-lacrosse-defeats-bainbridge-in-rivalry-game/ 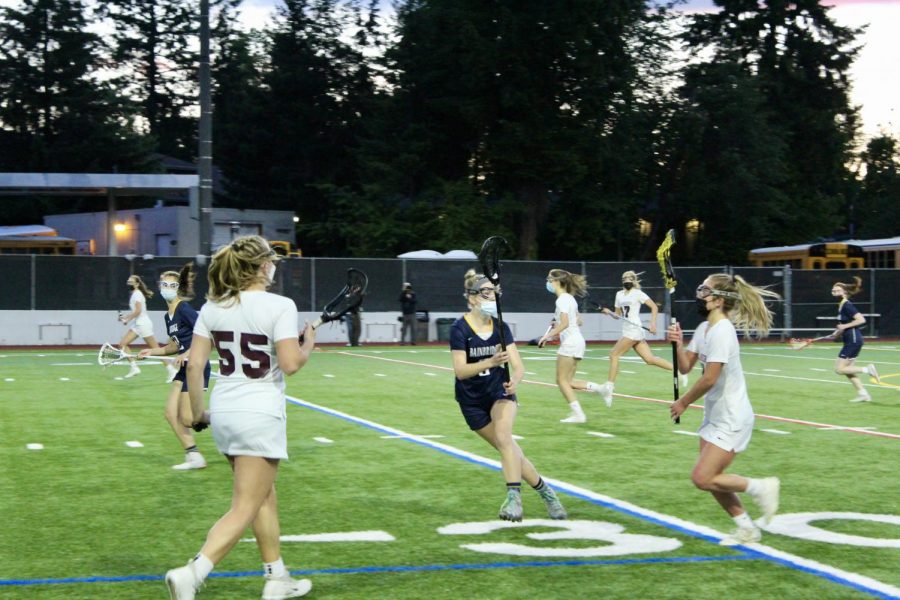 The game showed teamwork on many levels, as a variety of players, and at least one player from each grade, scored goals.

“We definitely killed it, we kept composure the whole game,” senior Annabelle Gersch said. “We really worked as a team rather than just coming from one or two players, [points were] coming from everyone.”

Bainbridge scored first, making it 1-0 in the third minute, and the game stayed close with good defense and back-and-forth possessions for the majority of the first half. However, with around six minutes left in the half, the Islanders pulled away, scoring five goals in five minutes.

The Islanders went into halftime leading 9-2, which was ultimately too large of a deficit for Bainbridge to overcome.

Thursday’s game was especially exciting because of the intense rivalry between these two teams. Their last matchup was the 2019 State Championship game, where Mercer Island defeated Bainbridge 10-9.

“Coming into the game knowing you’re facing one of our biggest rivals for lacrosse, it’s something to look forward to,” Gersch said. “There’s gonna be a lot of good energy, but there [are] also nerves hidden under that, but I think that we showed up today.”

The rivalry not only contributed to the large crowds and the high-energy environment but also affected emotions on the field. Throughout the game, Bainbridge acquired three yellow cards.

In addition to their team win, the Islanders also had many individual successes. Freshman Erica Kierstead scored her first-ever points on the varsity Girls Lacrosse team, contributing an impressive two goals in the second half.

“It was really stressful, there were a lot of people there, but I think that we did great,” Kierstead said.

The Islanders are now 4-0, and the team will look to continue their winning streak in their next four games, all of which are away.  The team will finish their season with a home game against Mount Si, Tuesday, June 8.