The MIHS Islander • May 20, 2021 • https://mihsislander.org/7470/sports/mercer-island-boys-lacrosse-secures-fifth-victory-against-snohomish/ 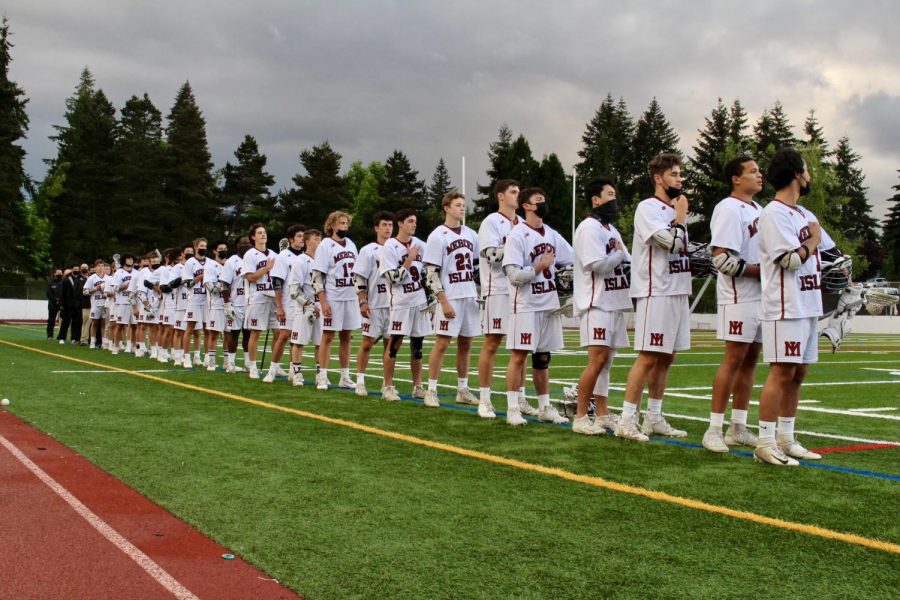 In a scrappy, low-scoring contest that was nearly canceled due to inclement weather, the MIHS Boys Lacrosse team defeated Snohomish 4-3 Tuesday, May 18, bringing their season record to 5-0.

Although the game started slow, eventually both teams began exchanging scores. At the end of the second quarter, Mercer Island and Snohomish were tied 2-2.

“I think this game started off as more of a defensive game,” senior Ryan Dallas said. “Coming out, we knew this team was going to be really good, so defensively we tried to keep it tight at the beginning.”

The Islanders were able to take control of the game in the third quarter, leading Snohomish 4-2, but the team struggled early on.

“Our offense was doing really well at the beginning getting a lot of opportunities but our shot selection was what was really holding us back,” Dallas said.

Snohomish attempted to claw its way back into the game, scoring once more and bringing the score within one point. However, their momentum was drained following a turn in the weather.

Heavy rain and lightning forced a delay of 30 minutes halfway through the fourth quarter, in which most fans left the game, defeating the atmosphere of the stadium. With the game on hold, MIHS led 4-3.

After this delay, Snohomish attempted to tie the game, but Mercer Island was able to retain possession of the ball and effectively play “keep away” to end the game.

The team will look to remain undefeated in its next home matchup against Seattle Prep Friday, May 21.