The MIHS Islander • May 12, 2021 • https://mihsislander.org/7458/sports/sammamish-ends-mercer-island-girls-basketball-win-streak/ 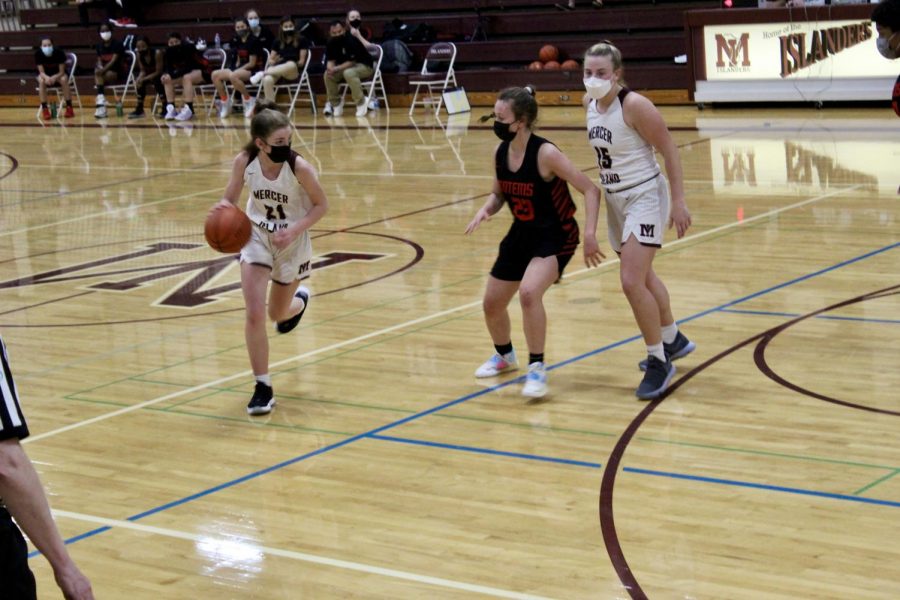 The MIHS Girls basketball team is no longer undefeated after losing to Sammamish 32-41 on Friday, April 30.

The two teams faced off earlier this month, where the Islanders won 42-26, but this time the Totems came into the game much more prepared.

“Tonight was a weird night, we came in with a lot of pressure on ourselves because it was our senior night,” Conder said. “They had been watching film on us, they knew what we were going to do, but we had opportunities and our shots just weren’t falling.”

Mercer Island and Sammamish were pretty evenly matched towards the beginning of the game, as the Totems only led 25-21 at the end of the first half. However, by the third quarter, their lead grew to 33-25, and they were subsequently able to hold the Islanders to only one fourth-quarter point.

“Honestly I think that if our shots just fell we would have been right there,” Conder said. “If we could [have] run our offense just a little bit longer and not taken the first shot opportunity in this game, we would’ve won.”

While the outcome of the game wasn’t ideal, for the Mercer Island senior players, this game was their last time playing on the MIHS home court.

“[This game was] so bittersweet, because I love playing in front of my friends and family and I love playing with these girls but… this is also my last season as a student-athlete.”

With Friday’s loss, the team now has a 5-1 record, but with two games left, the team is optimistic and looking forward to hopefully taking home both wins.

“We were 5-0 coming into this so obviously a loss means we’re not undefeated anymore but we’re still number one,” Conder said. “We have a game tomorrow, and Sammamish may get one on us, but no one else is going to.”