The MIHS Islander • May 3, 2021 • https://mihsislander.org/7444/sports/mihs-boys-basketball-bounces-back-against-interlake/ 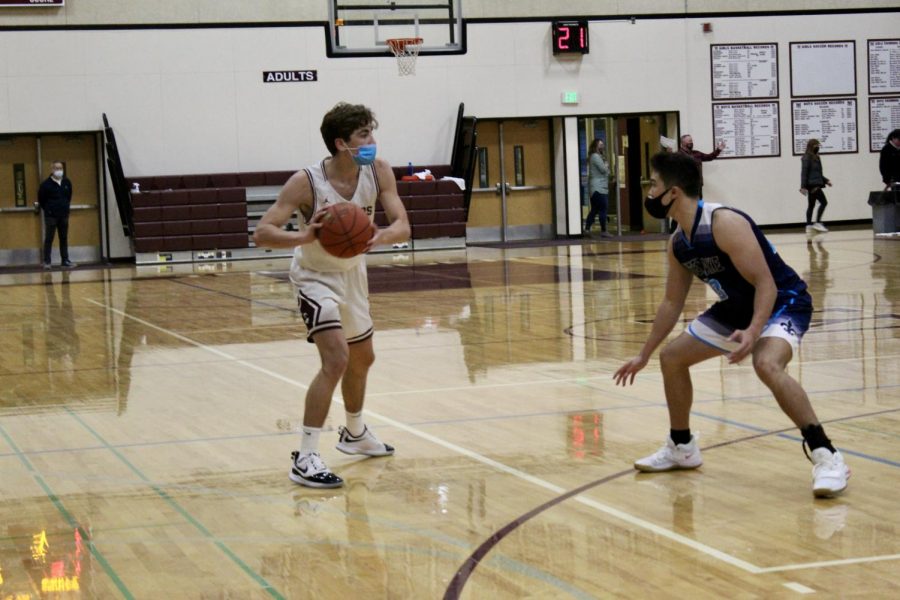 Tuesday, April 27, the MIHS Boys Basketball team recovered from their first loss of the season to defeat the Interlake Saints 69-56 and improve their season record to 4-1.

The Islanders started out strong, jumping to a 19-5 lead by the end of the first quarter led by seniors David Pickles and Tyler Butson.

“[We’re] playing really good ‘team basketball’ right now,” Butson said. “[The] team’s chemistry is really high, and I think that’s something we should all be really proud of.”

Tuesday’s victory came only four days after a disappointing 67-58 loss to division rival Bellevue, which allowed the team to regroup on the court.

“This [game was] definitely a good confidence booster,” Butson said. “We shared the ball really well, we knocked some big shots [and] we got out ahead early.”

While the Islanders held on to their lead throughout the game, it slipped to a mere seven-point margin after halftime before recovering in the fourth quarter.

“We definitely could’ve cleaned it up towards the end. We  probably should’ve won by a little bit more, [but] we knew we weren’t going to lose this game.”

The Islanders will now look ahead towards their final three games of the season, including a redemption game against Bellevue. While each game is important, the team is especially hungry for a win against their key opponent.

“[The] Bellevue game should be a good one,” Butson said. “[We’re] gonna fight a lot harder than we did on our home court.”

The Mercer Island-Bellevue matchup will take place Tuesday, May 4.