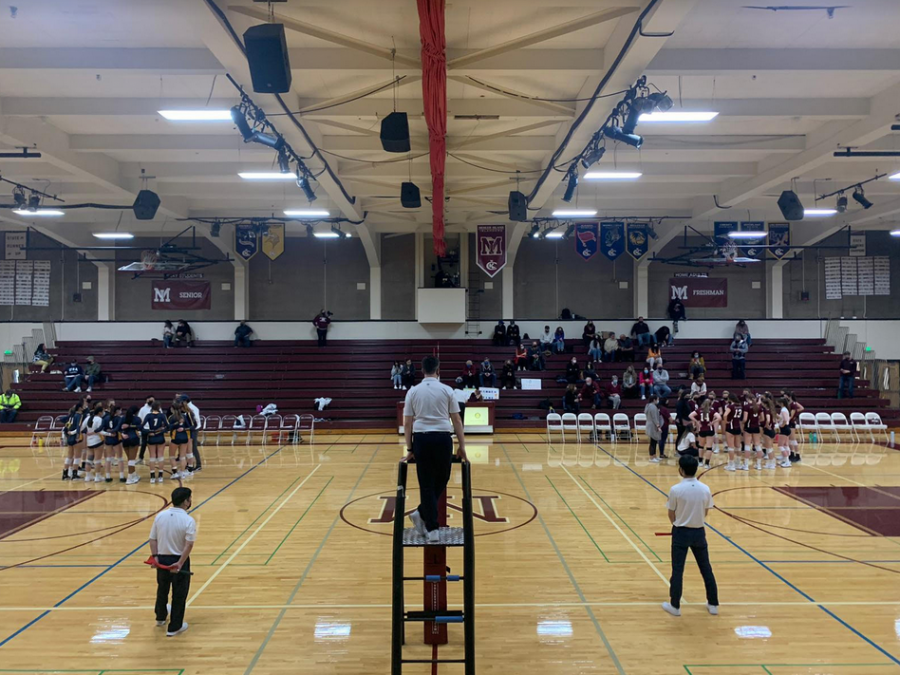 Both teams played hard during the three sets of play, but the Wolverines won all three sets.

“They jump higher than us, so we were really focusing on blocking this week and being in the right spot on defense,” head coach Carmen Vasilatos said. “We really came into this game knowing that Bellevue is a big and tall team.”

The first set started off with a lot of back-and-forth, but Bellevue won 12-8 and continued their momentum to win the second set as well.

By their third set, however, Mercer Island fed off of the crowd’s energy to tie the score 15-15, but came up short at the end.

“We are a completely different team than when we played them before,” Vasilatos said. “Our team chemistry is strong, our hitting was the best I’d seen today so we’re going to go out and we’re just going to be swinging hard.”

Sophomore Leila Obeidat and freshman Melena Wong led Mercer Island on offense, while Samantha Silke and Lily Remington played strong on defense. The Islanders also had a great amount of spirit throughout the entire game, as they were communicating with each other and kept positive attitudes.

The team will look to bounce back from their loss against Bellevue on Monday night in a rematch against Interlake.