MIHS Girls Soccer Advances to 2-0 after Victory over Newport 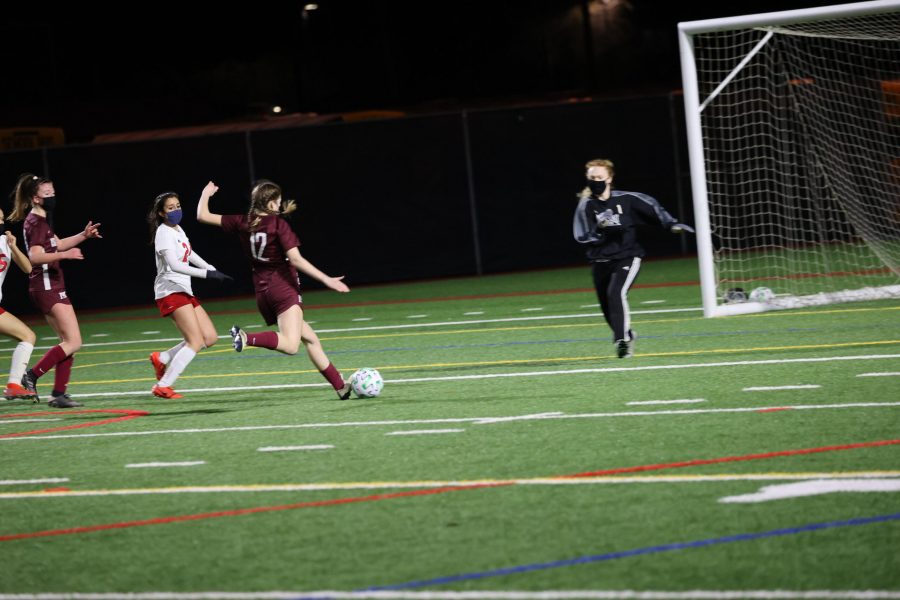 “[The game] was a little bit messy, but we did well,” junior Kaisa Olson said. “In the beginning, our midfield was a little bit weak and wasn’t quite getting all the connections, but as time went on, [we] were able to connect better.”

Mercer Island Goalie Madeline McElroy slipped early on in the game to give Newport an early lead, but the Islanders quickly responded with three straight goals from Audrey Kris, Abbie Orndorff and Katie Pedersen.

“Once we went 0-1, I saw a dramatic shift in how we were playing,” Pedersen said. “We started stringing more passes together and started getting a lot more chances, [so] we got three goals right after we went down.”

Kris and Pedersen both scored again in the second half to add to their lead, although the team also succeeded defensively.

“It’s super relieving to have a defense that works well together and is aggressive at the same time,” Pedersen said. “Our defense is super strong and doesn’t let many passes through them, which helped us have more possession than Newport.”

While the team has improved in many areas, players have had significantly less time to practice and prepare for games, since COVID-19 shortened their season to five weeks. However, the team has still managed to play well together despite their limited practice opportunities.

“Even when we have only practiced two weeks together as a team, our chemistry is insane,” Pedersen said. “It feels like I’ve been playing with [my teammates] forever.”

With their first two games in the books, the team will try to continue their momentum in their next matchup against Bellevue.