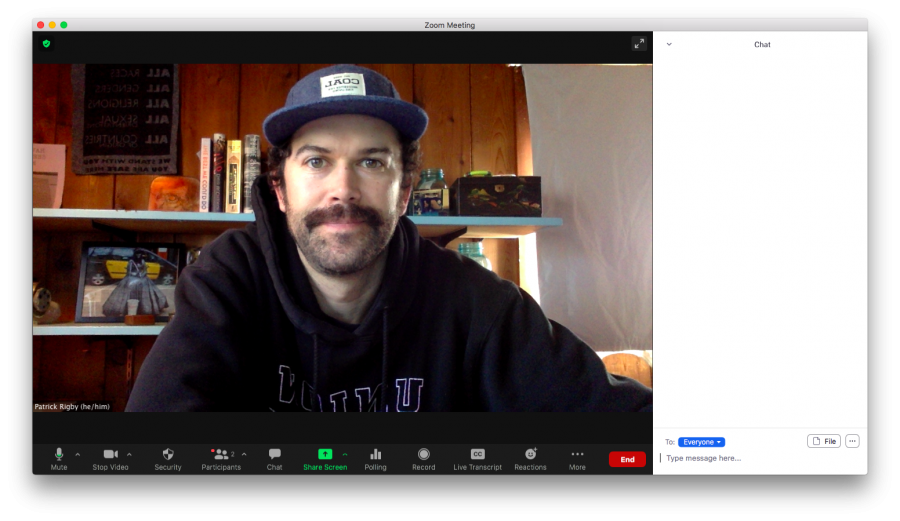 If you take a snapshot of Mercer Island houses, peppered across manicured lawns, you’ll see signs: “Reopen MI schools,” or “Open all schools NOW.” These signs are clear indicators of the contingent of students and parents who are eager to return to in-person learning, having taken to social media, the streets and city council meetings to vocalize their position.

But while teachers in other districts, especially in the neighboring Bellevue School District, have made clear their opinions about returning to a hybrid model, most Mercer Island teachers have remained out of the media, and many Islanders have not expressed their perspectives.

Safely reopening schools throughout the MISD has been the District’s priority since the first closure last March. As the District began to plan out remote learning, they also began talks about what a return to in-person instruction would look like, discussions that involved CDC guidelines, state directives and teacher input.

“MIEA and MISD actually went to the table almost immediately after COVID hit last year,” said Crest teacher Patrick Rigby. Rigby is a teacher’s association representative for MIHS, and has been a vocal leader with MIEA in the 2020-2021 school year.

“I say that because I think there’s a lack of understanding; a lot of school districts did not get that done, they didn’t bargain the return-to-working conditions and what the school setups would be in advance,” Rigby continued.

Rigby will be returning to in-person teaching under the hybrid Orange model, March 22, a decision he said he did not take lightly.

“I am less certain about what the future’s looks like with regards to this than I have been a lot about a lot of things,” he said. “Yeah, I’m returning to school – I have to. Do I think it’s smart or safe to return to school right now on a community health standpoint? No.”

However, Rigby feels he has no choice but to return to school.

“Because of COVID, [my family is] a one-income household, and if I didn’t have my job then we would lose our house. [Not returning] is an impossibility. So I’ll be returning and taking that risk even though it’s not my highest priority.”

Many teachers, especially those living with elderly or immunocompromised individuals, share similar struggles of having to self-isolate from family to do their job, and are now forced to make hard decisions.

“I think there’s fear. There’s anger. There’s feeling stuck between a rock and a hard place: do I wanna quit my job in order to wait for a vaccine? Hard feelings and hard realities are at play with the next couple of weeks here.”

The realization of a return to hybrid learning without vaccines was a disappointment, said Rigby.

Vaccination for teachers, one of the sticking points of Bellevue’s teacher negotations, have not been successfully secured for Mercer Island teachers, nor any other school district in Washington state.

“I think that not having access [to vaccines] was a big letdown for a lot of teachers,” Rigby said.

“We’re put into a really weird spot where we want safe working conditions for ourselves and for our community, for the students and for the elderly families in the community, and the decision about whether or not a vaccine is a needed part of that is a hard negotiation and hard conversation.”

Ultimately, although many MI teachers were disappointed about the lack of vaccine availability, many are choosing to return to a hybrid model regardless.

Rigby continued that, with demand far exceeding the supply in Washington state, vaccine availability is likely out of the District’s control.

“I’m sure the Distrct also would love to have us all vaccinated,” he added.

“I think that the vaccine was a grasp that teachers made for something that felt like safety and security but that hasn’t felt like a reality,” Rigby said. “[Vaccination] didn’t feel like a feasible thing to get unless the district postponed returning with vaccines as a priority, which they weren’t willing to do.”

Mercer Island’s aforementioned early bargaining, however, allowed teachers to influence the decision-making process. Other districts such as the Bellevue School District, have struggled to reconcile teacher concerns over health and safety with shifting timelines and requirements for hybrid learning.

“A lot of the things that [BEA] was asking for, Mercer Island and MIEA had come to terms with last April,” Rigby added.

However, with a situation as highly flexible and volatile as COVID cases and rates, even these concrete reassurances can leave room for uncertainty and doubt. Many teachers find themselves continually questioning what policies would be needed to ensure this “safe return,” and whether they had made the right decisions for their situation.

In August of 2020, Rigby said, the District offered a two-week window of opportunity for teachers to take a leave of absence for the 2020-2021 school year and return in 2021-2022 with job security. At the time, with falling COVID cases, few teachers elected to pursue this path, a decision Rigby said that many are now “kicking themselves” for, as the months to come saw elevated cases and new variants of the virus.

Rigby stressed that within the District’s teaching staff, there are vastly different viewpoints, with some being ready to return to school “yesterday,” while others wish to err on the side of caution.

“It’s impossible, there’s no right answer. I think that ultimately teachers really want to be working with their students in smart and safe ways,” Rigby said.

The concern for many teachers, Rigby said, is not in whether teachers want to return to school, but rather in the details of how and when this happens, and what “smart and safe ways” will mean in the coming months.

Rigby emphasized that both he and other teachers ultimately want what’s best for students, both health-wise and in terms of education, and that he hopes that community members will understand the risk and hard decisions that many teachers are undergoing to ensure these conditions are met.

“It’s not teachers that are preventing schools remain opening generally teachers are excited to be working with students and wanting to be with kids in classrooms but also wanting it to be safe and healthy.”