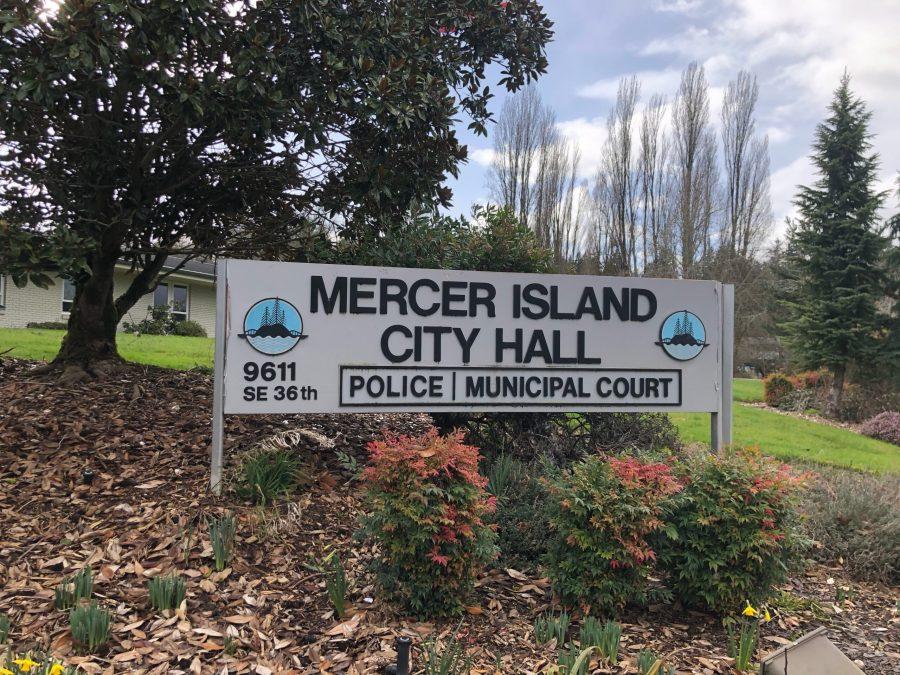 Before the ordinance was passed, the City Council listened to more than three hours of public opinion on the ordinance and other agenda items. Those who spoke on the ordinance ranged from MIHS students to senior citizens who have lived on Mercer Island for over 50 years.

Many of the speakers who supported the ordinance were alarmed parents and other residents afraid of a mass encampment in Mercer Island parks like the one recently disbanded by Seattle police in Cal Anderson park.

These same citizens also strongly emphasized the compassionate aspect of offering individuals transportation to regional shelters, which was echoed by council members in the discussion directly before the proposal of amendments and final vote. Despite the veil of compassion, the sentiment was the same among many who argued in favor of this legislation, including those who addressed the hypothetical homeless exclusively as “addicts”: we don’t want those people here.

The idea of “not in my backyard” is deeply embedded in the Mercer Island ordinance and resident mindset, which clearly shows in its many flaws.

Through the state legislature’s page program, I have had the opportunity to write and argue three bills of my choosing. The guidance given by our adult supervisors demanded that our legislation be enforceable, socially and financially practical and balanced personal freedoms with public safety. Most of all, legislation needs to solve a problem.

This Mercer Island ordinance fulfills none of the basic criteria that all other 14-16 year old pages could accomplish. It is purely punitive, and attempts to address an issue that I have been privileged to never personally witness in my 16 years on Mercer Island.

On a very basic level, the ordinance is poorly worded, which forces its impact to rely not on the basis of the legislation itself, but on fair interpretation by the MIPD.

As per the ordinance, “‘[c]amp’ means to pitch, erect, or occupy Camp Facilities, or to use Camp Paraphernalia, or both, for the purpose of, or in such a way as will facilitate remaining overnight or parking a Vehicle for the purpose of occupying the Vehicle overnight.”

Following this exact wording, if a toddler’s sun shelter is believed to be “Camp Paraphernalia” and “will facilitate remaining overnight,” that child’s parents are subject to a fine or jailing under this ordinance. Similarly, if a Mercer Island resident’s family or friend visits in a mobile home or RV, then parks overnight on a city right of way, those actions could potentially violate the ordinance.

Councilmember Craig Reynolds, the sole dissenting vote, attempted to amend this to “[c]hange the definition for camping so that it did not require the police to determine the ‘purpose’ of a tent or being in a car.”

By definition, the police enforce laws and the justice system interprets it, and this legislation fails them both by making police judge, jury and enforcer from a lack of clearly defined laws. If we aim to solve problems using the rule of law, the law needs to legitimately solve said problem.

I have no doubt that the Mercer Island Police Department will enact the ordinance with compassion and common sense under the hand of Chief Ed Holmes, who emphasized his commitment to “fair and equitable” policing shortly before the final vote. But to quote John Adams, referenced by Councilmember Reynolds, “We are a nation of laws, not a nation of men,” and should MIPD have a less kind Chief in future years, the ordinance may be an open door to biased policing.

The ordinance also lacks financial practicality. If a homeless person were to be jailed by the City of Mercer Island, it would cost between $18,000 and $20,000 for 90 days under the current contract. If the city were faced with a situation where people were frequently incarcerated on the city’s dime, it would only deepen Mercer Island’s existing financial issues that led to the cancellation of Summer Celebration and mass layoffs of city staff.

These unnecessary costs would be null if a homeless person decided to enter a shelter, which is believed to be the “compassionate” aspect of the ordinance. Forcing people to choose between legal consequences and a shelter that they may want to avoid because of the risk of COVID-19, violence, separation from partners, pets or children, distance from work or school or a lack of freedom is anything but compassionate.

Assuming a person declines shelter and is unable to pay a fine, they will be arrested and jailed. After they have been released from incarceration in the interest of “public safety,” they will have lost many or all job opportunities or support they had, and will likely return to homelessness, possibly in the city parks, furthering the cycle of poverty and so-called “crime.”

Councilmember Reynolds once again proved himself the most moral of the councilmembers by introducing an amendment to “[c]larify […] that ‘available’ shelter would not consider those cases where a parent needed to be separated from a minor child to find space.” As with his other amendments, which included lessening the proposed fine, changing the definition of “storage” and clarifying that individuals would only be moved to shelter when practical, this motion failed to pass.

Islanders, replace Councilmembers Nice and Anderl. Mercer Island has not yet fully escalated into campaign season and many people have yet to begin their campaigns, but I hope that all who challenge the sitting councilmembers will demonstrate more decency than the incumbents have in their terms as councilmembers.

Mercer Island needs a November election that refutes the now-proven stereotype that Mercer Island is a close-minded bubble with no desire or care to participate in solving regional problems with anything other than a half-done policy.

Anna Bertlin contributed to this article as a Guest Writer for The MIHS Islander. The MIHS Islander accepts guest submissions and encourages any students interested in writing for our online and print editions to join the “MIHS Journalism Club” Facebook group.