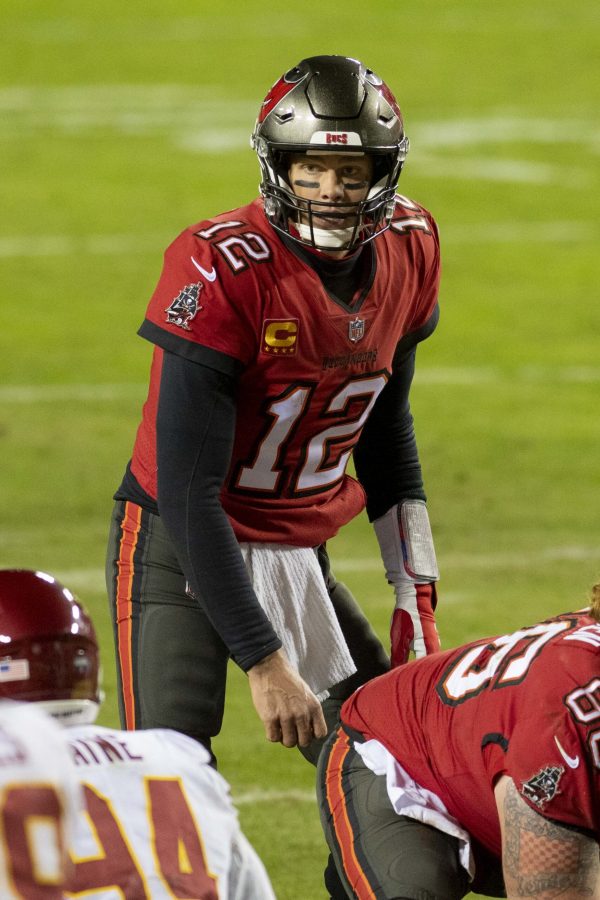 On Feb. 7, 2021, the Kansas City Chiefs will face off against the Tampa Bay Buccaneers in Super Bowl LV to put an end to a crazy, unpredictable season.

The Tom-Brady-led Buccaneers have an incredibly talented roster on both sides of the ball, but I have to go with Kansas City on this one. Both teams have solid rushing attacks, dangerous offensive weapons and dynamic defenses, so I believe this game will come down to pure quarterback play. In that category, I’d undoubtedly give Patrick Mahomes the edge. Brady is the G.O.A.T., but Mahomes is playing at a higher level. He possesses an uncanny ability to make plays, makes fewer mistakes and is 18 years younger. I expect this game to be a thrilling, back-and-forth matchup, but ultimately the Chiefs will come out on top.

Not much is to be said here. This is the Super Bowl matchup that the media wanted all along: the old G.O.A.T. vs new G.O.A.T., Mahomes vs Brady. The Chiefs, by a mile, have the most complete roster in the NFL, which has allowed them to utterly dominate the league for the past few years. However, I have been proven wrong too many times betting against Brady. Throughout his career, I have been a Brady hater, and he has been by far one of my least favorite players. However, ever since his miraculous 28-3 comeback, I will not be made a fool again. Yes, he is one of the oldest players in the league, but he is the undisputed greatest player of all time. Brady will triumph over Mahomes, putting a pause on a potential Chiefs dynasty and securing his seventh ring.

Although the Chiefs are widely considered the favorites and have a high shot at the title, I do believe that the Bucs could pull ahead and win this game. Patrick Mahomes’ 16 dropped interceptions this season is an NFL record and could provide the strong Bucs’ defense a major opportunity to capitalize. Although Tom Brady looked troubling in the second half of the NFC Championship Game, having thrown three interceptions and only ten scored points, I don’t think the Chiefs’ secondary is good enough to handle Brady’s favorite targets: Chris Godwin, Mike Evans, and Rob Gronkowski. If Brady keeps his interceptions to one or fewer, this game will result in a Buccaneers’ celebration. Regardless of the winner, I believe this will be a shootout in terms of points and will be a very high scoring game.

The combination of Andy Reid and Patrick Mahomes simply can’t be beat, even by Tom Brady. Even though it feels strange to bet against Brady and the red-hot Bucs, I trust nobody more than Andy Reid to bring it home– especially with two weeks to plan and a double cheeseburger on the line. Kansas City also has the best quarterback in the league on their roster, and even with Brady’s long list of accolades, I still believe that Mahomes is superior in this matchup. If the Chiefs play as well as they did against the Buffalo Bills in the AFC Championship Game, they should be on their way to their second Super Bowl title.

Just to be clear: I will not be watching the Super Bowl. There are numerous reasons for this boycott, but the most obvious are my fundamental loathing of commercials and potlucks that feature white trash snacks like buffalo wings, 7-layer dip, or my neighbor’s “secret recipe” (fill in the blank). And while I’m at it, I might add that the actual product, that is, NFL football, is less appealing to me than trying to coax my students into a Zoom conversation on 8th-century Chinese nature poetry. Sure, Nate and Muhammad and Caitlyn are going to offer their interpretations of said poetry, and maybe I should be grateful that any teenager would have any opinion on such esoterica, but I am just not man enough to overcome the soul-crushing apathy of the rest of my block. In this way, if the Superbowl were a class, it’s best I skip so others can enjoy the “experience.” A prediction? From all the metrics at my meager disposal, I have no reason to doubt that each team will endeavor to bring home the Lombardi Trophy to its fans. Other than that deft analysis, I’ll conclude with a hearty yawn.

*Before some know-it-all NFL fan reminds me that Arsenal is not an American football team, let me say that I’m aware of that fact.  I pick Arsenal because, sadly, I want my Gunners to actually win something other than the FA Cup or Supporter’s Shield for once. The Super Bowl seems a good place to start. Is that too much to ask? Come on, you Gunners!!!!!!!!!!!