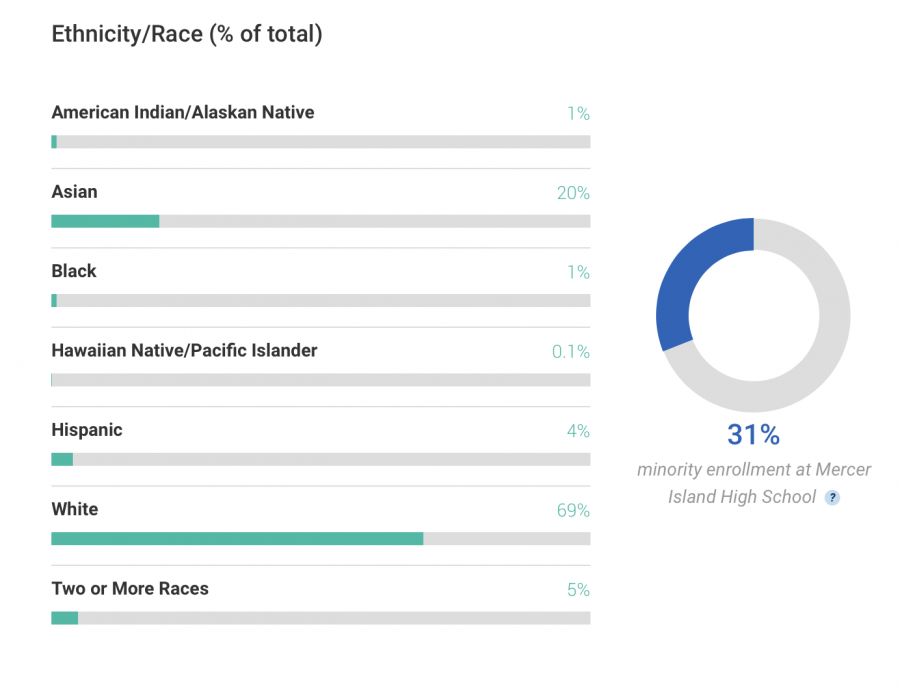 Recently, the demographics of Mercer Island have begun to shift to include more minorities, especially African-Americans.

MIHS administrators Vicki Puckett and Kelly John-Lewis provided their thoughts on these changes.

Vicki Puckett, who has served as MIHS’s head principal for the last eight years, was optimistic about the increase in minorities on the island.

“I really feel that for our kids to get the best advantage out there, they’ve got to work with different populations of people, different cultures,” Puckett said. “Mercer Island has a large white population, and the next biggest population is our Asian population, so to see more East-Indian students, our African-Americans, our Native Americans, Hispanics, I’m particularly excited about that.”

Puckett has voiced her belief that students here at MIHS could benefit from exposure to people of different backgrounds.

Security Liaison Kelly John-Lewis, who agreed with Puckett on the benefits of on-island diversity, also expressed doubt that the island will undergo much change in the coming years.

“This is not a place with affordable housing, so I don’t see this as a place where a whole lot of minorities can live,” John-Lewis said.

However, John-Lewis also expressed optimism toward the far future.

“The Island is still primarily comfortable with one race, as you can see,” John-Lewis added, “but I believe with its opportunities, it will attract minorities.”

Mercer Island has a reputation as being a predominantly white community, but minorities continue to settle in the community.  One thing is for certain: this is a that represents an opportunity for Islanders to learn and grow from each others’ diverse backgrounds.