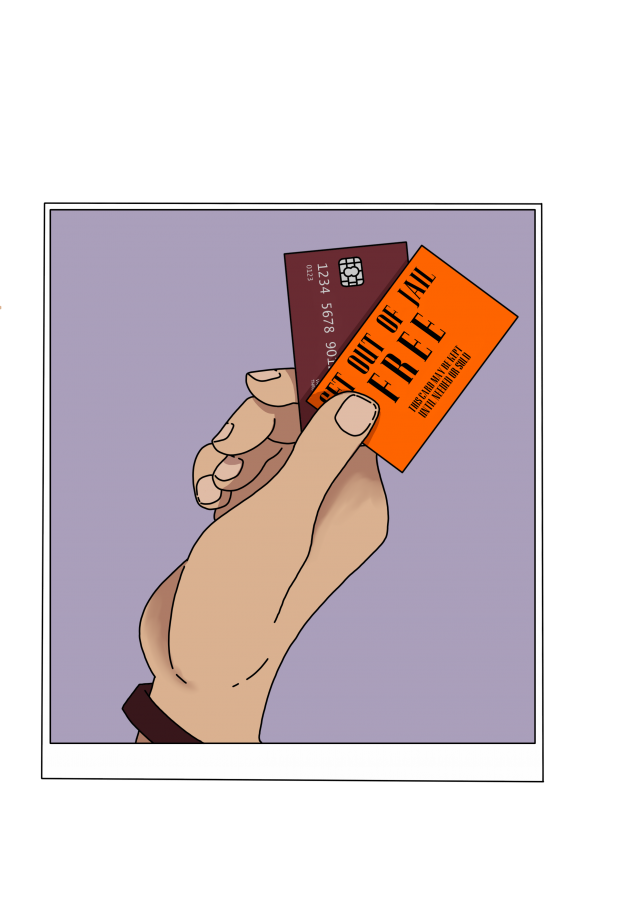 The following is A&E Editor Natalie Chen’s full article started in the most recent edition of the MIHS Islander, The MIHS Culture Issue.

It’s no secret that MIHS and Mercer Island community has a reputation as an entitled, affluent bubble with limited self-awareness of the world outside its insularity.

Privilege itself does not repel people from Mercer Island but what does is the perception that Islanders lack self-awareness regarding it. Removing the privileged Mercer Island stigma is not something that the MIHS administration, Mercer Island parents or the best of MIHS students can do alone. Removing the stigma must be a concerted effort from each member of the community.

From clandestine test-answer networks to being “sick” on test day to blatant cajoling, MIHS students flaunt a long catalog of tips and tricks that take a 92.7 to a 93, because an A is so much better than an A-minus.

I’m not here to tell you not to cheat or ask for a bump, although you shouldn’t; I’m here to encourage you to think about how these habits are shaped by entitlement at the high school and the Mercer Island community.

There are two primary forms of the toxic grade culture at MIHS: cheating and grade-grubbing.

“The single greatest illustration of entitlement that I receive as a teacher is when any student asks me for a grade bump,” said Physics teacher Aaron Noble. “One side is that you deserve the bump and the other side is really insulting to the teacher: that the grade you have is actually wrong and needs to somehow be fixed.”

It’s good that we have high expectations of ourselves, but if getting a good grade means cheating or asking for a grade bump after the fact, we’re not really meeting those expectations.

Obsessive grade culture reinforces the entitled and privileged mindset that traps people within their own beliefs and conceptions. Once we stop cutting corners to get a high score, we can focus on learning; after all, the only thing we are really entitled to is an education.

Poor behavior at MIHS isn’t just a result of typical teenage recklessness. Students ignore the possible consequences because they feel entitled to protection that fits with comfort.

The Mercer Island community puts a lot of pressure on its students to be successful. Success is often valued over being a good person; comfort outside of academic responsibilities is maximized to maximize achievement.

Although not every student is striving to get into an elite college or maintain a 4.0, the competitive atmosphere exists throughout the school. Therefore, diversion of responsibility and relaxed attitude towards discipline is widespread.

Most students do not seek out trouble. Those who do cause trouble–a fairly small, yet significant minority–often put on a mild demeanor in the classroom and at home. However, the moment they are put into an environment in which crowd mentality takes over or it is difficult to single out people, they act out.

Sports games are the perfect example of this “alternate personality.” Juvenile insults about players’ physical appearances can be heard thrown from the student section (among other comments) with little to no repercussions.

Often times, the counterargument to reducing immaturity is that many schools have rowdy, disrespectful student sections. Of course this is true, but the excuse is still lazy and inadequate; we have the ability to influence what happens in our own community, so why shouldn’t we take that step?

Especially as a community that flaunts its involvement in volunteering and philanthropic opportunities, we should practice the same principles tied to service.

Ultimately, our focus on achievement does not excuse us from acting respectful.

Most of us have felt that feeling of hesitation before telling people where we’re from. We brace for the raised eyebrows and questions like, “do you live on the water?” or comments like “you must be really rich.”

There’s a reason we are often met with disdain–to people off Mercer Island, we appear ignorant and sheltered in our isolation, arrogant and elitist in our affluence.

Senior Audrey Wen volunteers at Global Visionaries, an organization based in Seattle. When Wen initially introduced herself to other members, most of whom were from Seattle, she felt sheepish.

We should feel proud of community. Our community should unify us. Yet, we tend to detach ourselves from the island and its reputation.

“People here live a life of very privileged and live a life of comfort and that isn’t inherently bad,” Senior Jack Swartz said. “But a lot of the people here, especially the people that are the most vocal, seem really ignorant and lack empathy.”

For the most part, we can’t help that we are physically separated by Lake Washington or that our average income is well over the average for state, even our region.

We are treated unfairly–that is, not by our individual actions–because of unconscious bias fueled by stereotypes created by a reckless minority. Furthermore, our excellence is shoved to the side while our badness is highlighted.

“To me, when people perceive that you are privileged, they perceive that you feel that you have the right to be ignorant, in that you’re in a comfortable enough position where you don’t have to be a nice person,” said Swartz. “And then you choose not to be.”

The stigma surrounding privilege is impossible to remove. To show others that the Mercer Island community deserves respect, we must use our privilege to create a positive impact, not to take advantage of the lack of consequences/risks being reckless.

Our choices are clear: we either continue to be seen as petty and ignorant or we can make a conscious effort to earn respect.