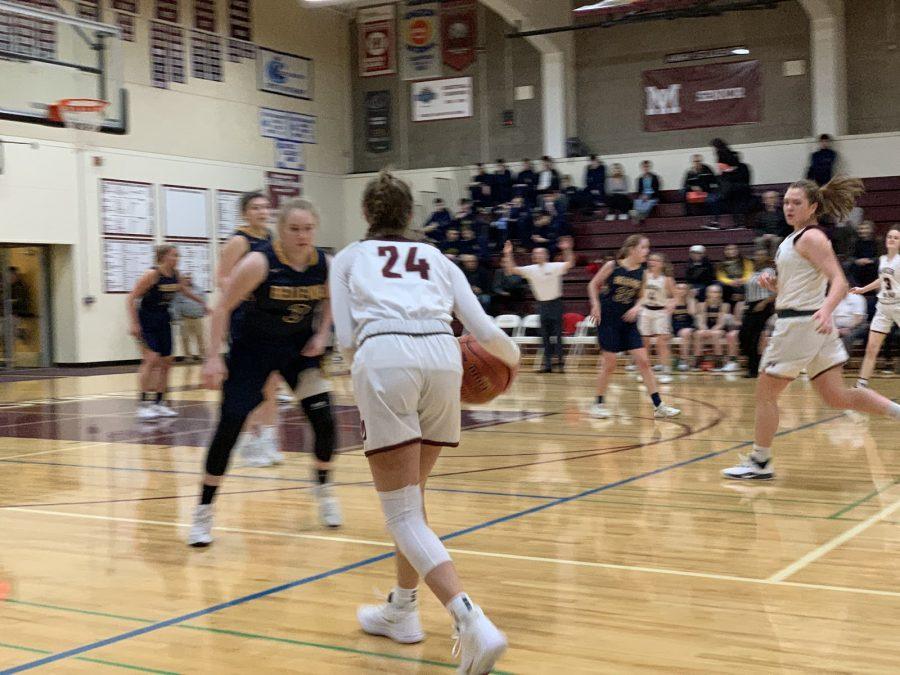 Along with the victories, Mercer Island’s Drill Team performed at halftime for both games and celebrated their senior night as well.

The night began with Mercer Island and Bellevue’s girls teams teams facing off. The Islanders implemented an effective offensive technique, backed with a solid defense, to obtain an early lead in the game.

The Islanders maintained their lead over Bellevue, finishing the first half of the game 32-19.

After the girls game, Mercer Island’s boys team squared off against Bellevue, in what was an extremley tight game. The Wolverines, who came at the Islanders with great energy, managed to hold a lead for the entirety of the first half.

Bellevue had seized the momentum in the game, but, after halftime, Mercer Island was ready to make a comeback.

Mercer Island closed the score gap during the third quarter, resulting in a close back-and-forth fight for the remainder of the game.

With less than two minutes left on the clock, Bellevue was leading 47-45, but after Bellevue fouled multiple times, Mercer Island pulled ahead with a series of free throws. In the end, Mercer Island secured their lead and won the game 52-48.

With these two victories, Mercer Island’s boys and girls teams head into the postseason with momentum.