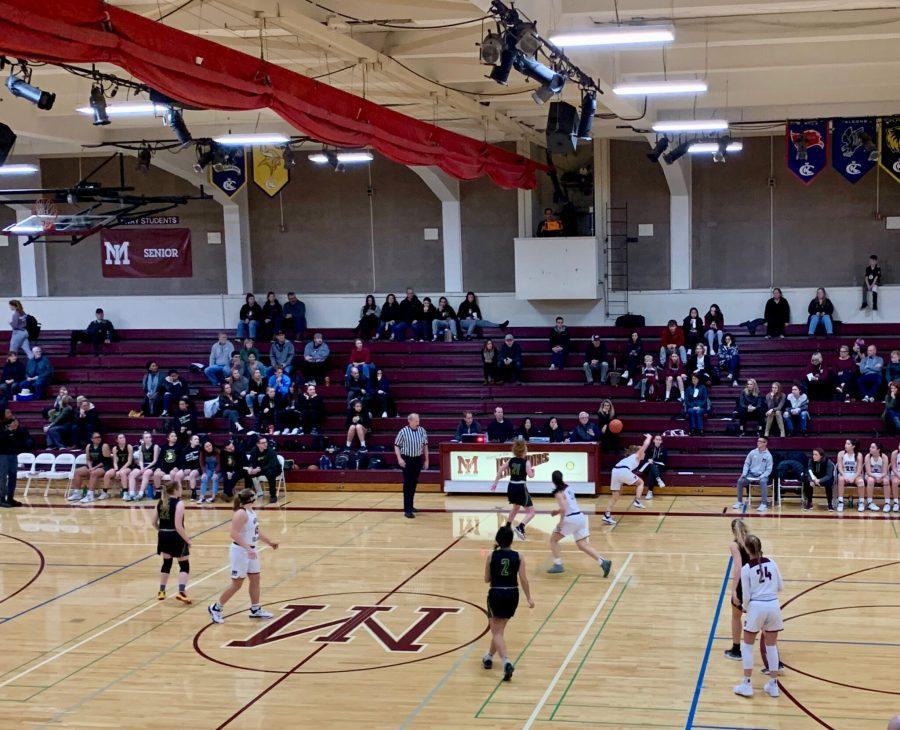 Mercer Island player saves the ball from going out of bounds. Photo by Honor Warburg

Mercer Island Girls Basketball took on Lake Washington High School Friday night in an intense back and forth battle that resulted in The Kangaroos taking home the victory.

The Islanders kept it a seven-point game going into halftime, making the Kangs work hard on defense.

“We did some film study, and we tried to apply some things from film study into practice and just being aware of their strengths, and what weaknesses they may have, it was more about us and focussing on what we need to do as well as our fundamentals and principles and sticking to them and playing their hearts out,” Chin said.

“The team dynamic off the court is close, we are having a good time together, the kids are buying into what the head coach is trying to do and implement, it’s really good,” Chin commented.

The Islanders will take on Shorecrest in their next match on Saturday at 7:15 pm.

“We play tomorrow, so we got another test against a really good team, so we are going to go back and watch some more film and maybe shoot around tomorrow, to be ready for tomorrow night,” Chin said.