MIHS Students Debate If Minors Should Control Their Vaccinations 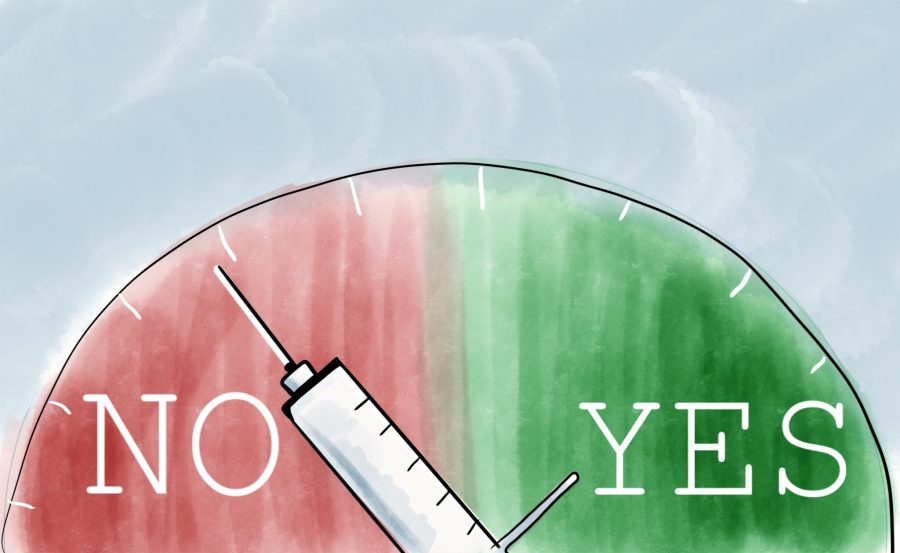 MIHS students Jordan Sigel, Camille Mehal, and Bryn Buist-Haverkamp shared their opinions about if children should choose whether or not to be vaccinated, regardless of their parents’ will.

Junior Jordan Sigel voiced his concern that minors might not understand the risks of refusing their vaccinations.

“A 12-year-old could just think ‘oh this shot’s gonna hurt’ and there aren’t any good consequences for that,” Sigel said.

“There should be a certain age where they [minors] get to start deciding and they should have to do background research on it so it’s not just, ‘I don’t want to get a shot.’ If it’s [based more] on reasoning that makes sense, [and] on knowing what a vaccine is,” Mehal said.

The students agreed that children should be educated on vaccines before they are given the right to choose, worrying that kids do not have the same general sense of medical knowledge on vaccines as adults do, making the decision complex.

“I don’t know about all the different diseases, so I know my parents would probably be more educated in making the decision because they know more about the causes and effects,” junior Bryn Buist-Haverkamp said.

The students of MIHS seem to be in general agreement that minors should gain control over their own vaccinations once they reach adolescence or young adulthood, rather than early childhood.