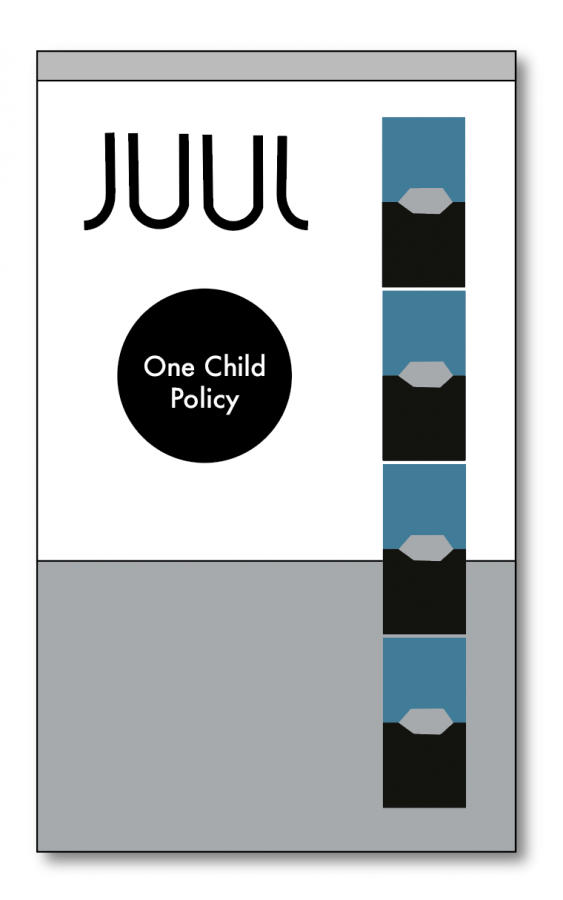 In light of the recent Washington state ban on all flavored vape products, vape manufacturer Juul Labs has decided it will now work with the state to create vape pens for population control.

This unlikely partnership arises from Gov. Inslee’s fatigue over having to save the state’s teenagers from their own worst habits.

“Governor Inslee recently had to save a group of teens who were walking in the middle of the road to capture the thrill of their near-death experience to their 17 Instagram followers,” said an anonymous intern.

“After the incident, Governor Inslee’s faith in Gen Z reached an all-time low. Which is why Governor Inslee has mandated that a new flavor of vape be developed by Juul for his new social initiative.”

Epav Eciuj, a member of the marketing team for Juul Labs, created the name for the new flavor, “The One Child Policy.”

The marketing team for Juul Labs has decided they will center an ad campaign that heavily features the catchphrase “The first and last vape you’ll ever need.”

“We project that sales of the One Child Policy will exceed one million units in greater Seattle alone,” said Eciuj.

Their agreement with the governor requires Juul Labs has to clearly disclose the ingredients and side effects of The One Child Policy to the public.

“When we were designing The One Child Policy our team of scientists decided to use a combination of Arsine gas and some roadkill we found near our office, a disgusting yet equally lethal stench,” said Juul Labs scientist Lopcorn Pung.

Gov. Inslee has ordered the Department of Health to allow The One Child Policy to be the only exception to last October’s emergency vape ban.

“I think Gov. Inslee is doing the gene pool and the hardworking, sensible taxpayers of our great state a service,” said an anonymous intern.

Later this week high schoolers across Washington state are being required by the Washington state health board to take a broad battery of aptitude and personality surveys to determine if they will qualify purchase units of the One Child Policy.

“I’m not going to vape anymore because the government is encouraging me to do it. I don’t want anyone to tell me how to be an idiot, which is why I’m going to inhale chlorine gas during my off period instead of vaping in the bathroom,” said an anonymous freshman.

If Gov. Inslee’s population control plan works in Washington state, we can expect that the states gene pool will be stronger, but then again, teenage creativity knows no bounds.