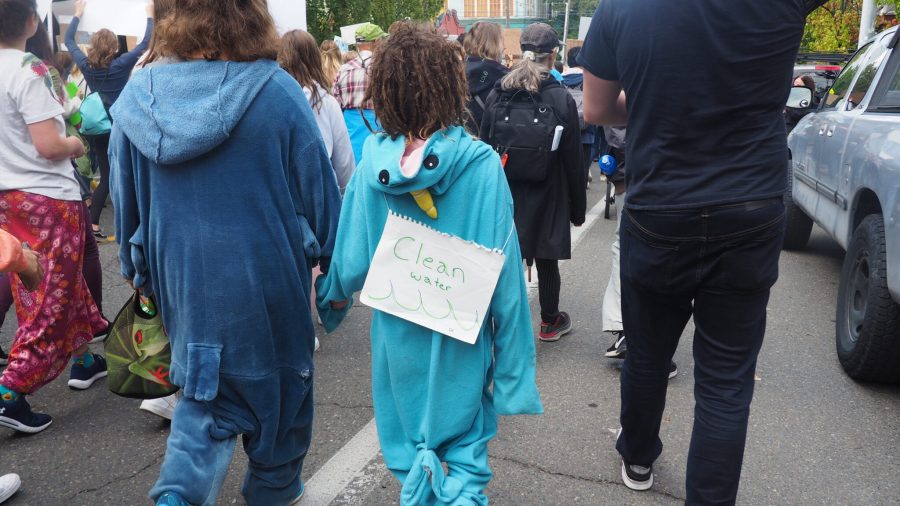 The company i-sustain funded an intensive three week trip to the most economically friendly places around the world in an attempt to educate representatives on what changes need to be implemented in the U.S.. State senator Lisa Wellman, who attended this trip, offered insight on her opinions and solutions for reducing our climate footprint.

“We send our solid waste to landfills when we could be using more economically friendly methods,” Wellman said. “We are in terms of transportation trying to convert to a transit system that will conserve energy but a vast majority of people are using single cars to get to work every day.”

Wellman said the key to becoming more economically viable relies substantially on the attitude of the public.

“There’s very much of a general consensus [in Denmark] that the intent of the public is to be environmentally responsible, they don’t consider it a big political statement.”

Wellman attributed this public environmental awareness to the jarring differences in the cooperation of people between the U.S and other European countries.

“It’s much more contentious here than it is there, I think people have regarded to climate as an issue that needs to be addressed and they are addressing it in a much more comprehensive way where everybody seems to be engaged and just naturally doing what they need to do to make a difference,” Wellman said.

“I think Mercer Island is doing a very good job of working on maintaining the nature of the island, we’re very much of a residential community that protect our trees with all kinds of rules,” Wellman said. “The city is very conscious of the importance of maintaining the public’s spaces.”

Wellman said that while U.S. political parties tend to weaponize arguments and attack each other about climate change, in other places, that’s not the case.

“They don’t turn something like climate change into a political thing, they see a clear middle where everyone can prioritize and agree,” Wellman said. “The general population sees that there is a place in the middle where we can make it better.”

Scandinavian countries offering services such as pensions or free health child care for both adults and children, Wellman said that these factors often lead to a more stress-free society and generally happier populous.

“Over here, these things normally give people a lot of stress but over there you don’t have to worry about losing your house or your job in Denmark because they make it so that you know you’re not going to go under a certain level of poverty or lose your house and there’s really just a whole lot less stress in terms of population,” Wellman said.

Wellman prioritizes the significance of academics, valuing easy access to modern education. She believes this access to knowledge will give to current and future generations the ability to enact informed change on current climate issues.

“A lot of people are stressed because our society and our economy is changing so rapidly.” Wellman said. “[We need to] make sure that we’re adjusting and changing our school systems so that kids are ready for a 21st century environment and I think that’s very important.”

Wellman explained how these same values are being implemented in other places around the world.

“They pay for education, the society thinks that it’s better to have well educated people and if you’re willing to be educated they’ll pay for it— we just have a different type of society, why we do culturally I’m not sure.”

This raises questions of where the money to implement these changes would come from. Wellman explained how in such a regressive state as Washington, people of lower incomes tend to pay a higher percentage of their income while those who are wealthy tend to pay a lower percentage.

“In our regressive state, one person is paying a lot more than the other because they have to work more for the same payout. I think that we need to figure out how to make adjustments so that people who are getting benefits from all parts of our society pay their fair share to improve the overall state” Wellman said. “And I really hope we can achieve a lot just by sitting down, talking and finding compromises about.”

Despite these setbacks, Wellman said that the resources are there, they just need to be used properly.

“We have the knowledge, the technology, and we have people here who are really smart. We can really develop changes that will help us tremendously and we need to encourage those positive things.”

Wellman strongly advocated for public input in all forms, even in small contributions.

Students are among the movers and shakers fighting for environmental reform. Thousands of students in the Seattle area took to the streets on Sept. 20 to protest the lack of action against global climate change. All photos by Isabel Funk

“We all have to live here together. This is earth 1.0, there is no 2.0 and if we don’t protect the habitat the planets gonna be just fine, you know people talk about the habitat, it will go one for billions of years but we have to have a habitat that we as humans can live in,” Wellman said. “So we have to do what we need to do to make sure the earth is actually sustainable.”

Wellman said a great way to get started is through encouragement and working together.

“People come [to America] because they want to be able to have opportunities,” Wellman said. “Because of this I think we have a lot people here willing to take risks that are very different from the people that originally created the country.”