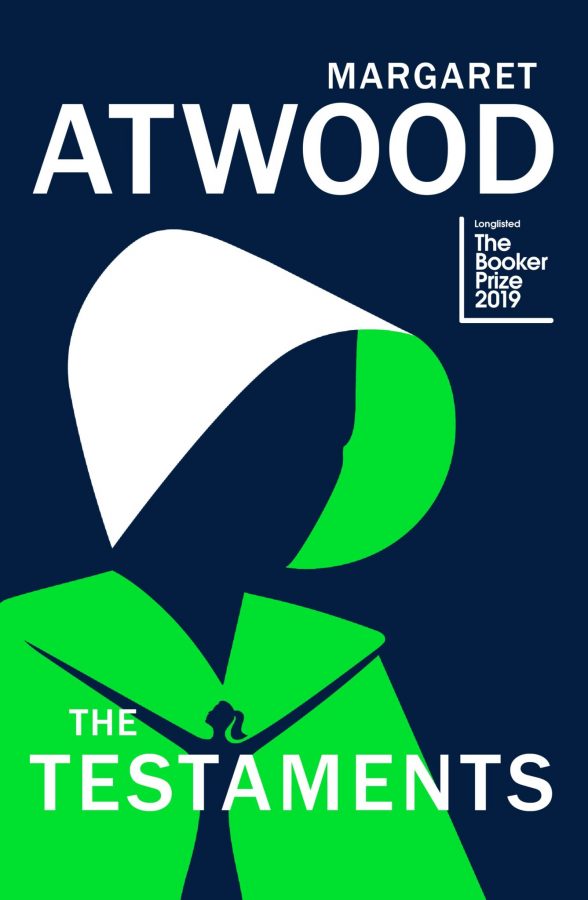 Of all the dystopian novels I have read, “The Handmaid’s Tale” scared me most.

Though I usually follow a “read the book before the movie/show” rule, in this case, it was the TV show that made me read the book. So when I heard that Margaret Atwood was publishing a sequel, I made sure to buy the book the day it came out.

Although Atwood has stated that the book does not follow the ongoing Hulu show, those who watched the show will recognize these names as June’s daughters.

“’The Testaments’ is not connected to the television adaptation of ‘The Handmaid’s Tale’,” the publisher established.

In occasionally predictable twists, “The Testaments’” fast-paced plot throws these three characters together in answer to the question “How did Gilead fall?”

The answer, it seems, is through the work of determined, plucky, sometimes uncertain, sometimes terrified and sometimes morally grey everyday people.

After watching the Hulu show, I was rooting wholeheartedly for June and her daughter Agnes. The moments when she saw her daughter in the show were heart-wrenching. But that little girl is not the same as the girl in The Testaments, in which it is clear that Agnes does not remember her birth mother or the time before Gilead. She holds the values of Gilead and believes in the system, but she believes that the men in power are corrupt. I wanted so badly for her to hold the same values as me and see the system for what it is: a systematic oppressor of women. But this is not Agnes’s problem with Gilead. She is afraid of sex and of marriage, the very things required of her, and in fact, the only things for which she is truly valued. To avoid being married off at 13, she begs to become an Aunt, seeing it as the only escape. There, she learns to read, sees evidence of Gilead’s lies and begins to question her world’s leaders.

“You must understand that I was not anybody in my own right–although of privileged class, I was just a young girl about to be confined to wedlock. Wedlock: it had a dull metallic sound, like an iron door clicking shut,” Agnes says as she contemplates her imminent marriage.

If each of the three characters shows how the oppressive regime affects different people: Agnes is the child who never knew anything else, so she believes in Gilead; Daisy/Baby Nicole is the outsider; and Aunt Lydia is the woman who has known freedom but becomes corrupted by the regime. However, Atwood calls into questions her true motives.

Aunt Lydia is perhaps the strongest narrator of the three, and yet also the most confusing. Is she the awful woman who helps design the system of female oppression in Gilead? Who we so often see engaging in and enforcing the atrocities Offred witnesses in “The Handmaid’s Tale”? Or is she the former feminist judge with a strong moral code who has been seemingly plotting against Gilead for who knows how long?

It seems that as many questions as “The Testaments” answers, it raises even more.

Although “The Handmaid’s Tale” was written for its 1985 audience, its sequel was very much written for today. Gilead has come back into cultural relevance in the #MeToo era, also a time when President Trump and the latest Supreme Court Justice have faced accusations of sexual harassment. If “The Handmaid’s Tale” was the most frightening dystopia I ever read, it is only because I saw so clearly how easily it could happen in our own world. Atwood herself even said that her personal rule for the novels was that “nothing goes in that didn’t have a precedent in real life – somewhere, sometime.”

It is not a distant threat–the issues raised by the struggles the characters face are in some ways very relatable to the women and girls in our own society.

“The adult female body was one big booby trap as far as I could tell […] There were so many things that could be done to it or go wrong with it, this adult female body, that I was left feeling I would be better off without it,” Agnes reflects as she begins to grow up.

The plot-driven style panders to today’s audience in a way that “The Handmaid’s Tale,” with its in-depth character and world analysis, cannot.While the Handmaid’s Tale had me almost desperate for more plot at times but always deeply connected to Offred, “The Testaments” had me racing through pages, but hardly able to distinguish between the two young girls’ voices.

Aunt Lydia’s backstory and motivations were perhaps one of the more compelling elements to the story, building a wider scope of vision of Gilead by showing how women turned from professional businesswomen to Aunts and Marthas. In a plotline riddled with sadism, Aunt Lydia discovers that the only way forward alive is to become a killer herself. And yet, she couldn’t be the purely evil bad-gal we thought she was because she smuggles vital information to the Underground Female Road and Mayday, both of which work to take down Gilead and smuggle women and children to safety. Her history also gives us more insight into how Gilead’s oppressive structures were built: with input from Aunt Lydia herself and other powerful Aunts. It was not merely men oppressing women.

In Atwood’s world, tyrannical regimes topple through the work of tenacious everyday people, not world leaders and politicians, but teachers, volunteers, social workers and young people. Young people drive this plot and, although they have help from adults, we as readers can see that the youth will bring Gilead to its knees.